The 6 Most Important Ají Chili Peppers in Peruvian Cuisine

Peruvian cuisine is based on a history of peppers: ajís hot and mild; vibrant and subtle; of various colors; bulbous or the size of a fingernail. Images of these peppers decorate the textiles and ceramics of coastal pre-Colombian cultures such as the Moche, Nazca and Chimú. And in the highlands, ají played a role in Inca mythology as well as in Inca food.

In modern Peru, about 50 varieties of chili pepper are used in the national cuisine. Some are regional and rarely found outside a specific city or department. Others have become key ingredients that help define Peruvian gastronomy both at home and increasingly abroad. If you are interested in trying out some Peruvian cooking classes in the flesh you can check out the options and make a reservation here. 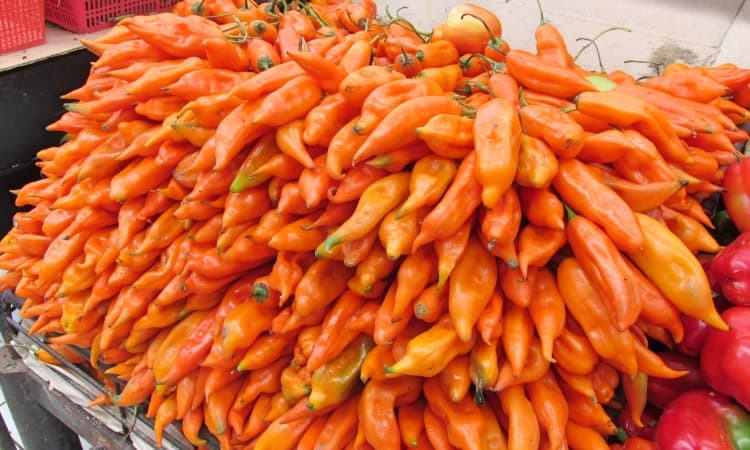 It’s hard to overstate the importance of ají amarillo, also known as ají escabeche, in the Peruvian kitchen. Gastón Acurio called it the most important ingredient in Peruvian cooking. Virgilio Martinez — a Michelin-star chef and a protégé and fellow countryman of Acurio — called ají amarillo “the DNA of Peruvian cuisine.”

Quick Tip: The best way to sample some of the most iconic dishes of Peru is to visit The Peruvian Experience. This is where you can learn about the history, culture, and the food of the gastronomic capital of South America.

With its sweet and not overpowering heat, ají amarillo is the key ingredient in Peruvian classics such as causa rellena, ají de gallina, escabeche, cau cau and papa a la huancaína. Young ají amarillo peppers are green, turning yellow and then orange once they mature, at which stage they are ready to use.

Quick Tip:  If travelling to or from Lima Airport, it is strongly recommended to use the luxury Airport Express Lima  bus to get to or from your hotel. Safer and cheaper than a taxi with no baggage limit as well as Free WiFi and USB chargers onboard, it is ideal for travellers. 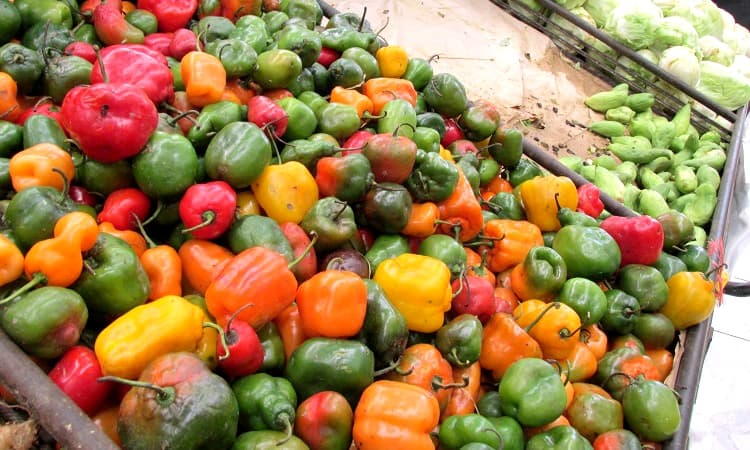 Of all the ajís covered here, rocoto is visually the closest to a normal bell pepper. But don’t let that fool you: rocoto packs a real punch. With lows starting at a bearable 50,000 Scoville heat units, the rocoto can also turn up the heat to a face-smacking 250,000 units. In other words, be careful.

Rocoto grows at higher elevations than other Peruvian peppers, making it popular in the Andean highlands and in Arequipa, a city famous for the rocoto’s signature dish, rocoto relleno (stuffed rocoto). Before stuffing, the peppers are boiled in water with salt and vinegar, a process that brings the heat down to manageable levels.

The rocoto is normally red when mature, but can also be orange, yellow or green. As well as being the hottest pepper covered here, it is also the only one with black seeds. 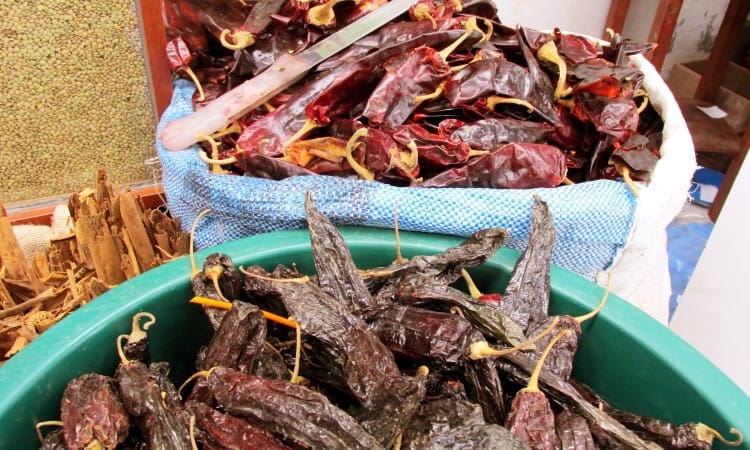 Ají panca grows in the central coastal region of Peru. Freshly picked, it has a distinctive dark red color, but turns to a shade of dark chocolate after it has been dried in the sun. Traditional Peruvian market stalls sell ají panca fresh, in its dried form, or ground (panca molido). Ají panca pastes and marinades are also common.

Panca is very low in heat but high in flavor, with a smoky sweetness that makes it a perfect marinade for beef heart anticuchos and chicken anticuchos. Cooks across the country also use it in meaty dishes like adobos, escabeches and pachamancas, as well as seafood soups like parihuelas and chupes. 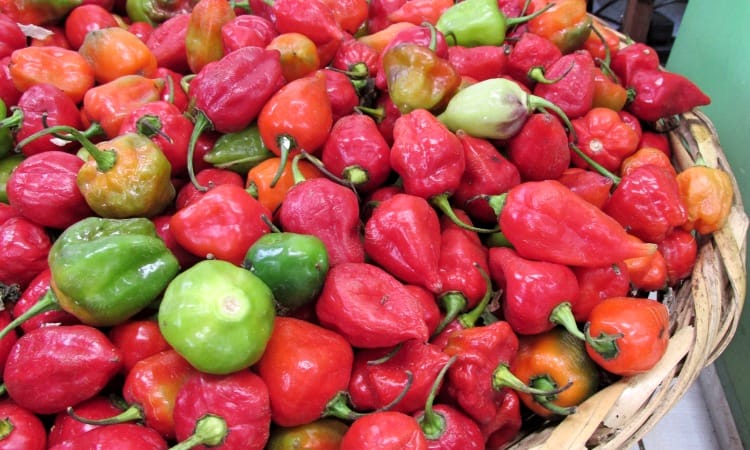 Ají limo comes in a variety of shapes, sizes and colors, from long and yellow to round and red.  But if there’s one thing that unites the ají limo family, it’s ceviche. Raw and finely chopped, this chili pepper adds flavor, color and heat to ceviches and tiraditos all along the coast of Peru. Considerate waiters ask customers if they would like ají in their ceviche, as the heat from ají limo can easily have you reaching for the nearest bottle of beer or Inca Kola. 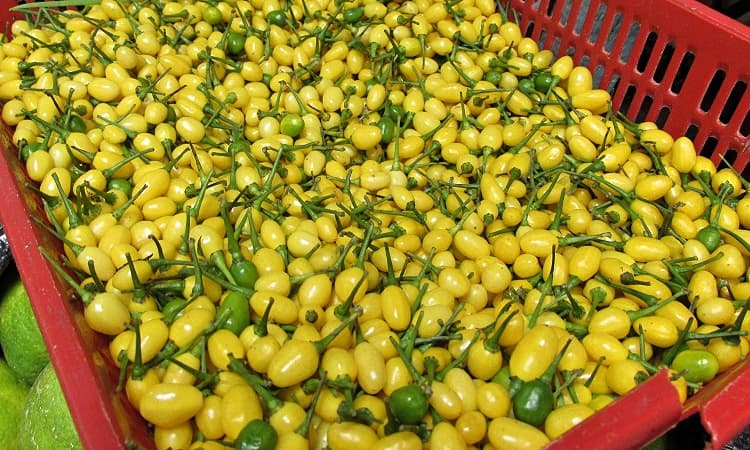 The ají charapita is a small yellow chili pepper that grows throughout the Peruvian jungle. Hot and full of flavor, it serves as the principal ají in the cuisine of regions such as Loreto and San Martín. These fiery little fellows are pickled in vinegar and served as an accompaniment to classic jungle dishes such as juanes, patacones, tacacho and patarashca. They can also replace ají limo in the local ceviches. Of particular note — and ever-present in Iquitos — is the wonderful ají de cocona, a bright and tangy hot sauce made from ají charapita and the tropical cocona fruit. 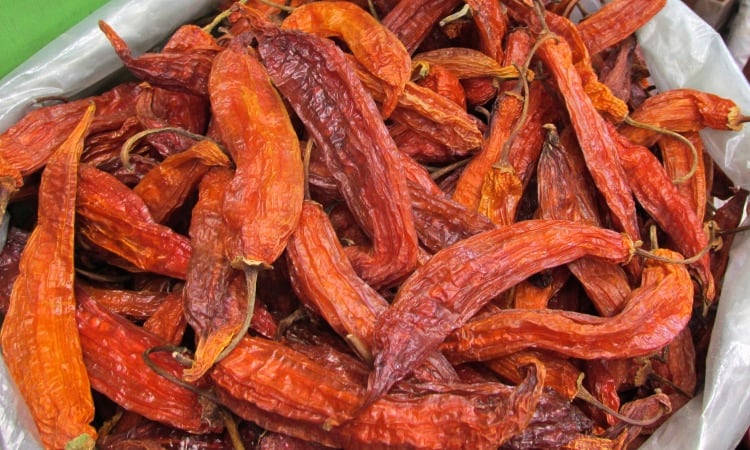 Ají mirasol is the name given to sun-dried ají amarillo. Despite not being a chili pepper in its own right, ají mirasol nonetheless deserves its own section. The drying process results in a sweet fruity flavor with very little heat. The flavor becomes even more intense if you fry or roast the dried pepper. Ají mirasol is used to add depth and flavor to soups, stews and sauces. Mixed with the herb huacatay (Peruvian black mint), it forms the sauce for ocopa (Arequipa’s spin on papa a la huancaína). Fried in oil with onion and garlic, ají mirasol creates the base for Peruvian comfort food dishes like capchi.