Rusty Nails into English Heads in Cuzco, Peru | How to Peru

Back in 1998, intrepid traveller Paul Bradbury stepped off a plane and planted two feet firmly upon Cuzco’s hallowed soil. Here is his account of the next few hours, fraught with fish and cranial calamities…

Expectation was high on all sides: for the hotel, a chance to finally meet and impress a representative of the largest independent travel consultancy for the continent; for my fiancée, the chance to enjoy some frontline research, while benefiting from the pampering that should accompany VIP-treatment in a four-star hotel; and for me, the one week in the trip where I was free from enquiring South American relatives, curious as to my intentions with their little niece.

As the flight from Lima touched down in Cuzco, we were both relaxed and looking forward to what was always going to be the fun part of the trip. Mere mention of the name Journey Latin America was enough for complimentary accommodation to be offered, and three free nights of luxury, taking in the delights of this historical town and the wonders of Machu Picchu. Christine was particularly looking forward to this leg. The pay was crap back in Manchester and some VIP treatment would be partial compensation.

Something in the Air…

Things started to go wrong as we reclaimed our luggage. Some bright spark had obviously decided that my shiny purple rucksack was not sufficiently weathered, and so placed it under a consignment of fresh fish. By the time we were reunited, an impressively thick layer of fish oil had not only permeated the rucksack, but had penetrated through to all my clothes. Oiliness aside, the smell was overpowering.

Journey Latin America, VIP said the sign, and Christine went over to introduce herself in the fluent Spanish that I lacked. All was going well until the driver offered to take the luggage. We drove into town, they in the front chatting away, the driver periodically sending me daggers of hate through the rear-view mirror: what the hell was such a nice lady doing with such a berk, and how long would it take to eradicate the fish smell from the boot?

There was a sense of management being slightly underwhelmed as we checked in. They were expecting perhaps to be entertaining someone slightly more highbrow from the company, not someone who had a rancid fisherman in tow. The waiters and reception staff were more welcoming, however, laughing with us at our fishy tale. At least they sensed we were human, and that there was a possibility to share a joke, a different proposition to the usual guests on expensive bespoke holidays.

We were keen to explore and, having deposited the entire contents of the rucksack in the bath (the bellboy was curiously reluctant to carry my luggage), we popped into the bar for a thirst quencher or two before heading out into the city. We decided to keep the main sights for the next day, heading up into the hills to get a panoramic view of Cuzco on our first day.

I had heard about soroche (altitude sickness), and how it was more difficult to breathe at higher altitudes, but I did not expect it to have such an immediate effect. We were walking in a residential district, climbing the steep roads, but our pace was hindered by the lack of oxygen. We climbed in single file, me first, slowly up the rough pavements. 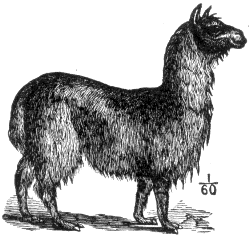 In order to conserve energy and shield myself from the difficulties of the climb, I focused on the ground in front of me, one step at a time, stooping as I walked. After a while, I needed a break and stopped suddenly, standing up straight with the aim of taking a breather. And that is when it happened.

I never managed to get fully erect, as the crown of my head made forceful contact with a sharp object. Confused, I lowered my head and turned into the street, looking back at what I had hit. A low-lying terrace had been above me, with a rusty nail protruding from one corner.

Oddly, there was no pain, and so I decided to keep on walking, for a metre or so, until I saw the open-mouthed faces of two passers-by. I turned to Christine to see what was wrong, but she had turned white and was speechless. I looked down at my white t-shirt, which was becoming more crimson by the second.

Still no pain and a comical feeling, my only thought was the reaction of the hotel management to the English VIP guests. A local stopped, concerned, and asked what had happened.

“Sendero Luminoso,” I replied, trying to be funny. She fled in terror.

More locals passed and offered to help. Christine, still white, explained what had happened, and we were urged to go to the local health centre for help. The centre, without running water, was close by, and I entrusted myself to my fiancée’s Spanish negotiations and explanations.

My blood-soaked clothing and foreign status was enough to have me ushered to the front of the queue. I lay on a bed and listened as some rapid conversations took place in Spanish. Needles were produced, some used, some not, and then Christine gave me a synopsis:

“They need to put stitches in and will inject an anaesthetic. They want to know if you want to pay $1 extra for a new needle, or are happy with a used one.” As our accommodation for the next three nights was on the house, I decided to push the boat out.

The back of my head was shaved, an injection went in (she only told me later that they had run out of anaesthetic, and so the syringe was full of the local aguardiente – the ensuing headache paid testament to that). Stitches were inserted and I was on my way within the hour, feeling perfectly fine.

The reaction of the front desk as we returned, less than three hours since wandering out into the Cuzco sun, was priceless. We had only been guests for five hours, the VIPs from England, and in that time had managed to contaminate parts of the hotel with fish, only to usurp this feat by returning at the same time as an American tour bus arrived.

The sight of a VIP guest, drenched in blood, missing half of his hair from a rough emergency shaving, with a waft of fresh fish emanating from every corner, must have been a far cry from the traditional welcome they had been expecting.

I am still waiting for my second invitation from Journey Latin America in my role of roving hotel ambassador.

Paul Bradbury is a British traveller and travel writer currently living in Croatia. You can read more of Paul’s travel articles at his website, Total Hvar. He is also the author of Hvar: An Insider’s Guide to Croatia’s Premier Island and Lebanese Nuns Don’t Ski.