Gringo Definition: Origin and Meaning | How to Peru

As soon as you step foot in Latin America, there’s a good chance that your nationality will take second place to your new classification: gringo. As a foreigner, the locals will often tag you with this broad and flexible label (gringo, male; gringa, female; gringos, plural), even if your physical appearance is not so different from theirs.

Despite the widespread usage of the term, its actual definition, particularly its origin, is the subject of some debate…

HOW TO PERU TRAVEL TIP: Save money and stay safe when going to/from Lima Airport by using the Official Bus service inside the Airport called Airport Express Lima
Quick Tip:  If traveling to or from Lima Airport, it is strongly recommended to use the luxury Airport Express Lima  bus to get to or from your hotel. Safer and cheaper than a taxi with no baggage limit as well as Free WiFi and USB chargers onboard, it is ideal for travelers.

There are three main theories as to the origin of the word gringo. The popularity of each etymological theory does not necessarily reflect its plausibility: 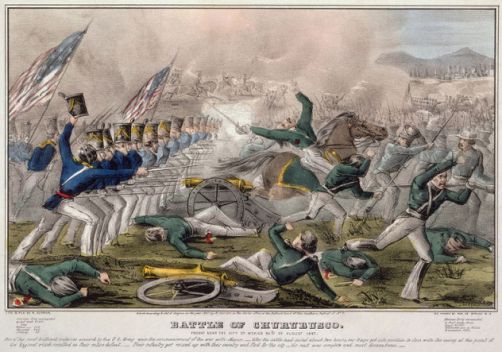 This theory stems from the U.S.–Mexican War of 1846 to 1848. Here, gringo derives from the Mexican mispronunciation of “green coats” or a contraction of “green, go!” – both of which refer to the green coats worn by U.S. soldiers.

I have heard this etymological explanation more than any other during my travels in South America, with “green, go!” being the most common. Despite being a popular theory, it is almost certainly wrong. U.S. soldiers did not wear green coats during this period, blue being the standard dress colour. According to the U.S. Army Center of Military History, blue service dress was replaced by olive drab and khaki uniforms in 1902, almost 50 years after the U.S.–Mexican War.

A less popular but slightly more plausible theory is that of the Irish folk song, “Green Grow the Lilacs.” The song became popular in the U.S.A. during the mid-19th century and was sung by troops during the U.S.–Mexican War, or so the theory goes. The Mexicans, after repeat hearings, took the song’s standout phrase and used it to refer to the foreign soldiers. There are a number of different versions; here are the first two verses as listed on Contemplator.com:

Green grow the lilacs, all sparkling with dew
I’m lonely, my darling, since parting with you;
But by our next meeting I’ll hope to prove true
And change the green lilacs to the Red, White and Blue.

Green grow the lilacs reminding me of
The ones that I brought you with all of my love,
The gates of my country will open for you
And change the green lilacs to the Red, White and Blue.

Green grow, gringo… Plausible, certainly, but it doesn’t carry as much weight as the final, more scholarly theory.

The decisive answer to these etymologies, which unmistakably increased the usage of gringo, is the undeniable fact that this word is documented in Spain since 1786 in the Diccionario castellano con las voces de Ciencias y Artes y sus correspondientes en las 3 lenguas francesa, latina e italiana.

This dictionary, written by Esteban de Terreros y Pando, has the following definition: “In Malaga, gringo is what they call foreigners who have a certain kind of accent which prevents their speaking Spanish with ease and spontaneity.” Sound familiar?

The word itself is thought to derive from griego, the Spanish word for “Greek.” Spaniards used the expression “hablar en griego” (“to speak in Greek”) to refer to incomprehensible language (similar to the English expression, “It’s all Greek to me”).

The word was also in use in mid-19th century Peru. In 1854, Johann Jakob von Tschudi published Travels in Peru, in which he records the use of the word gringo in Lima:

In a footnote, he explains that gringo is a nickname applied to Europeans and that “It is probably derived from Griego (Greek).” You can download Travels in Peru free of charge from the Internet Archive or buy a hard copy from Amazon (various editions).

There is still a tendency to define gringo as a hostile term. A quick look online, for example, reveals a number of negative portrayals. Merriam-Webster describes it as “often disparaging” and Dictionary.com as “usually disparaging.” The Free Dictionary says it is “Used as a disparaging term for a foreigner in Latin America, especially an American or English person.”

In general, the above definitions are not accurate – gringo is simply used to refer to a foreigner. There are exceptions, largely depending upon where you are, who you are and how it is said. If, in B-movie fashion, a Latin American stares at you and growls “grrriiingo” before spitting on the floor, it might be a good time to leave.

Peru serves as a good example of the incredibly broad usage of gringo. Peruvians use gringo to refer to fair-skinned people in general – they even use it among themselves. One Peruvian will often describe another light-skinned Peruvian as a gringo or gringa (generally in a friendly manner).

Peruvians tend to use gringo as a label for foreigners in general, regardless of nationality (although a fair-skinned foreigner will perhaps hear it more often). That said, some Peruvians believe that “true” gringos are from the U.S.A. (due, presumably, to the U.S.–Mexican War word-origin theories). I have heard Peruvians correct each other over usage; for example, “He’s not a gringo, he’s from England.”

Unless said in a rude of threatening way, you shouldn’t be offended if a Peruvian calls you gringo or gringa – it is not a disparaging term. The same applies throughout South America.