The Alcoholic Aphrodisiacs of the Peruvian Jungle | How to Peru

The Alcoholic Aphrodisiacs of the Peruvian Jungle 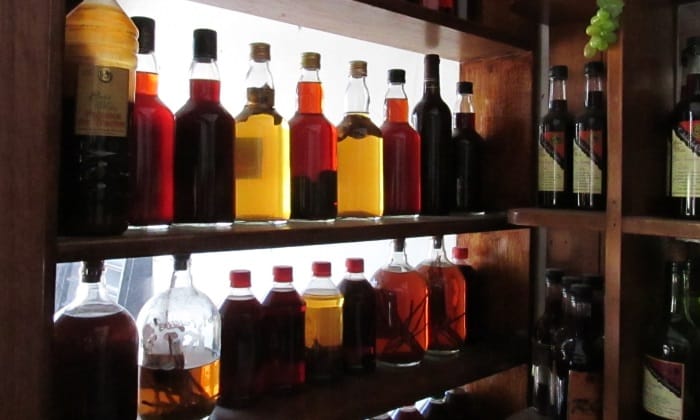 Beer is king in the heat of the Peruvian jungle, where chilled bottles of Cristal, Cusqueña and Pilsen Callao help to quench thirst and fuel parties in cities like Pucallpa, Tarapoto and Iquitos. But beer isn’t the only popular alcoholic beverage on sale in the selva. Most bars and liquor stores also sell tragos regionales: “regional drinks” made by steeping local barks, roots, fruits and berries (some of which are used by Peruvian shamans) in aguardiente (firewater), a raw sugar cane alcohol also known as cañazo.

Peruvians drink their tragos regionales for pleasure, in the same way that you might drink port or some other sweet liquor. But they also buy them for their aphrodisiac or medicinal benefits, supposedly imparted by the various ingredients steeped — often for months — in the aguardiente.

Aguardiente-based tragos regionales are traditionally served straight, but some bars give them a modern and refreshing slant by adding ice and a slice of lime, which also helps to cut though the liquor’s sometimes overpowering sweetness.

TRAVELER’S TIP:  “Club Cusco? If you are looking to experience Cusco nightlife, get your party started at Wild Rover  the best hostel in town with a lively soundproof bar.” 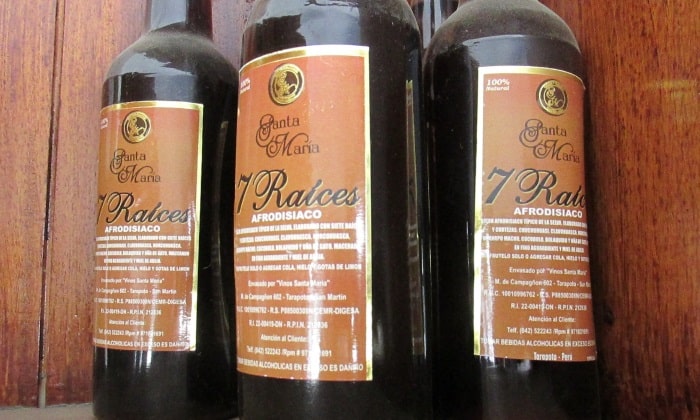 Siete Raíces (Seven Roots) is a popular Peruvian tipple that also happens to be an aphrodisiac. The list of ingredients includes more barks than roots, and the exact recipe seems to vary. The mix typically includes most or all of the following: chuchuasha, huacapurana, uña de gato (cat’s claw), tahuari, cumaceba, murare, icoja, fierro caspi (huacapu) bark and bolaquiro. Honey is added for sweetness. As well as its basic aphrodisiac properties, Siete Raíces supposedly helps combat premature ejaculation and impotence — not a bad deal for S/.5. 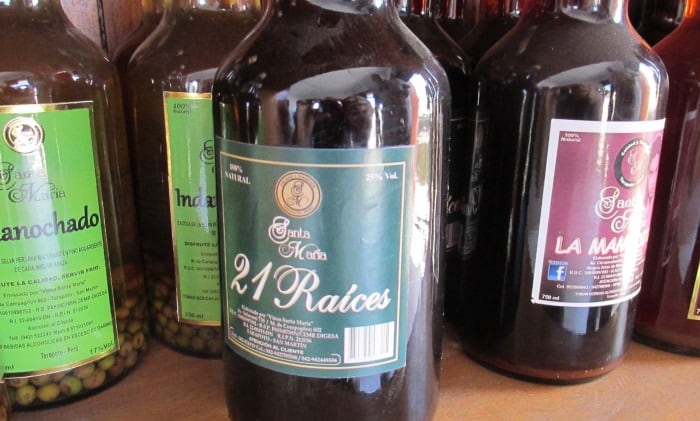 If you want more bark for your buck, skip the Siete Raíces and order a glass of Veintiun Raíces (Twenty-One Roots). As well as all the ingredients found in Siete Raíces, Veintiun Raíces is infused with camu camu (one of the world’s highest vitamin C sources), ajo sacha (garlic vine), chirisanango (popular among shamans), ipururo, ceima caspi, uña de gato (cat’s claw), cinnamon, cocobolo bark, indano and huashaquiro. With that much traditional medicine going into one glass, Veintiun Raíces presumably does everything that Siete Raíces does, as well as curing death and taxes. 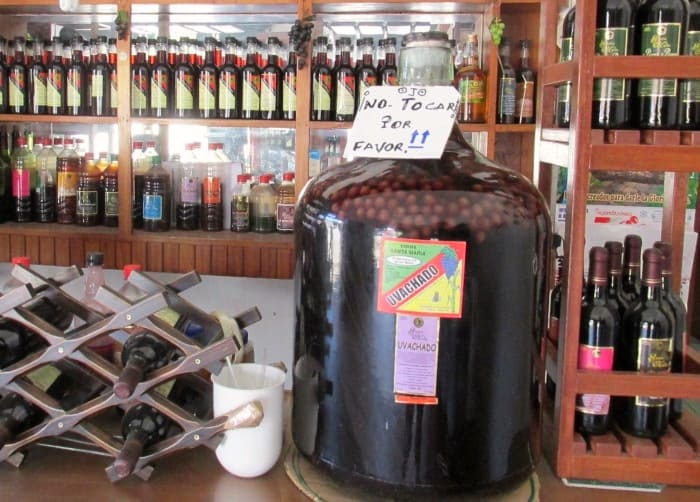 Uvachado is the principal trago regional of the San Martín department, specifically in and around the city of Tarapoto. This area is known for its sweet and plump Borgogna grapes (uvas), which are placed in sugarcane aguardiente (cañazo) for at least a month before drinking. Locally made honey is sometimes added for extra sweetness (and uvachado, like many tragos regionales, can be very sweet). Uvachado is drunk for pleasure rather than for any medicinal effects; the alcohol content varies between brands, depending on the strength of the aguardiente. 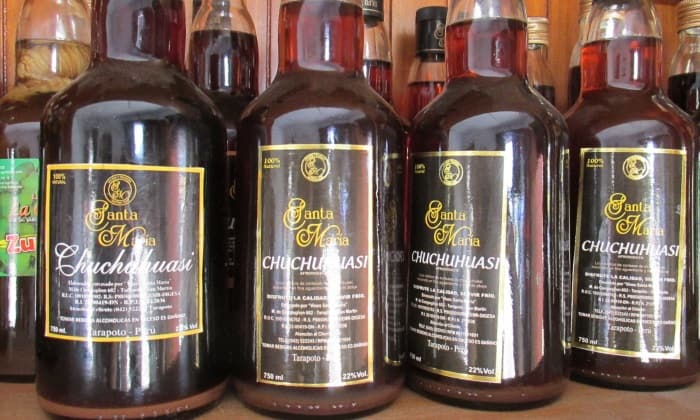 The towering Chuchuhuasi tree, and especially its reddish-brown bark, has long been a key source of medicine in the Peruvian Amazon. Indigenous Peruvians use chuchuhuasi bark as a remedy for arthritis, rheumatism, back pain, tuberculosis, bronchitis, stomachache and fever, among other things. It’s also considered an aphrodisiac and a muscle relaxant, which isn’t the best combination I’ve ever heard of. Chuchuhuasi is made by steeping the bitter bark in aguardiente for two or three months. 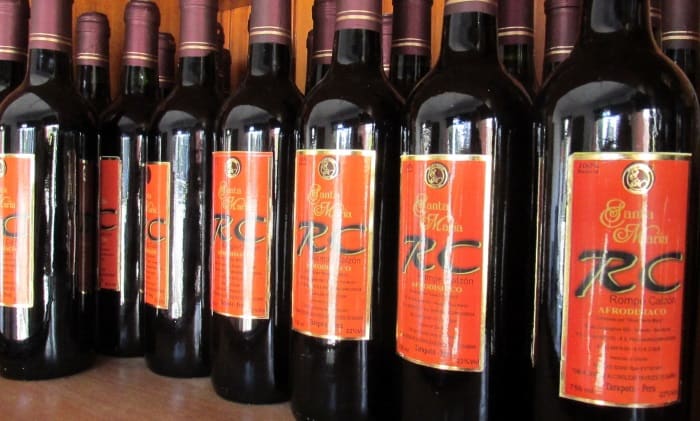 Rompe Calzón, often shortened to RC, roughly translates as “Breeches Breaker” or “Pantie Ripper.” As you can probably guess by the name, RC is first and foremost an aphrodisiac. Base ingredients may include fierro caspi, cumaceba, clavo huasca (clove vine), chuchuhuasi, abuta, sanango and uña de gato (cat’s claw), all of which are used for other medicinal purposes and sometimes feature in ayahuasca diets. 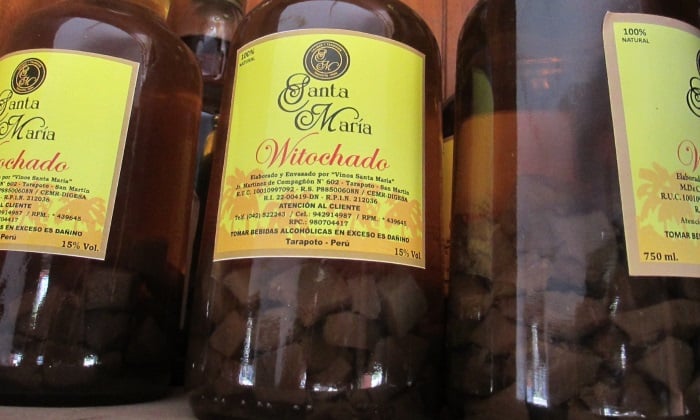 Huito (Genipa americana) is a South American rainforest tree that grows to about 15 to 20 meters tall. The tree’s thick-skinned edible fruit is used to make drinks, jellies and ice cream, as well as being steeped in aguardiente for a month to make huitochado (sometimes written as witochado). Huitochado is said to have a number of medicinal benefits, including as a treatment for rheumatism and asthma. 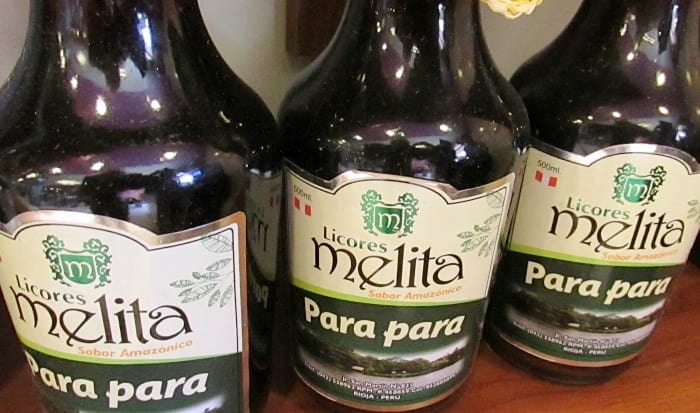 Why have one aphrodisiac on a Friday night when you can have four? Yep, Para Para is yet another bark-based aphrodisiac and one of the most renowned aids to erectile function in Peru (hence the name Para Para, which is difficult to translate but basically means “to get it up,” or something similar). Ingredients include sanango (another common ingredient used by Peruvian shamans), chuchuasha, fierro caspi, honey and lizard claws. Yes, lizard claws. Skeptical, I asked the owner of the Santa María bodega, one of the oldest producers of wines and liquors in San Martín, if this was true. “Yes,” he promptly replied, “I get my lizards from a lake just outside of Tarapoto.” 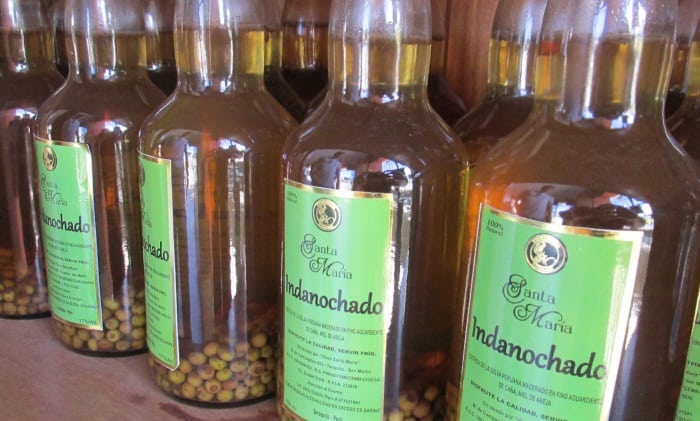 Indanochado is prepared using the fruit of the flowering plant Byrsonima crassifolia. In Peru, these small berry-like fruits are called indano. The pulp, which surrounds a single hard seed, has a unique taste, a pungent mix of sweet and bitter. Locals sometimes eat the fruit in its natural state, but are more likely to drink indano-infused aguardiente. Indanochado is considered to have various curative properties, including for diarrhea, dysentery, stomach pains, indigestion, gynecological problems, kidney disease, diabetes and snake bites. 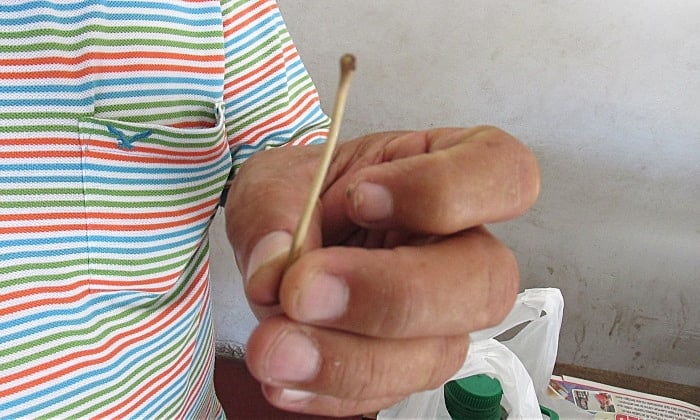 This, my friends, is the penile bone of a South American coati (photo © Tony Dunnell)

Siete Veces Sin Sacar (S.V.S.S.) has perhaps the most risqué name of all the tragos regionales: “Seven Times Without Removing.” It’s also considered one of the most potent aphrodisiacs, with numerous ingredients including chuchuhuasi, huacapurana (a strong shamanic spirit plant), tahuari (Tabebuia serratifolia), chirisanango, cat’s claw and azúcar huayo (the Hymenaea flowering plant, whose fruit and leaves are both used in traditional medicine). Another notable ingredient is the penile bone of the achuni, or South American coati. This stiff baculum, which looks like a bleached matchstick, is flaked or powdered before being added to the aguardiente mix. The penile bone of the achuni is also used to make traditional jungle pusangas, or love potions, and is sometimes added to another popular performance-enhancing trago regional called Levántate Lázaro (“Get Up Lazarus”). 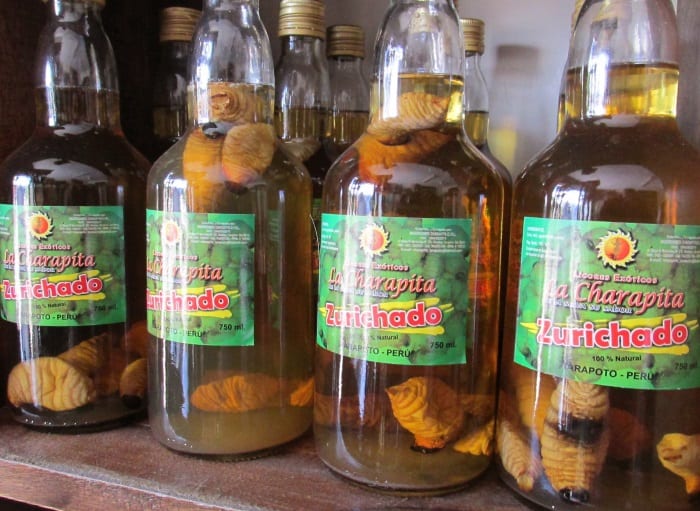 Mmmm, Surichado! The one at the bottom-right kind of looks like he’s smiling (photo © Tony Dunnell)

Surichado (Zurichado) is certainly the meatiest of all the Peruvian aguardiente infusions, with an appearance more disgusting than the most worm-ridden Mexican mescal. Suri is the name given to a fat jungle grub that some locals like to eat alive or grilled. It’s truly ugly — and why anyone would want to flavor their alcohol with it is beyond my meager imagination. But Surichado is a talking point in any bar and a perfect souvenir for anyone looking for something more interesting to take home than an alpaca scarf or Andean chullo hat.

3 comments for “The Alcoholic Aphrodisiacs of the Peruvian Jungle”