The Prensa Chicha: Proudly Printing the Worst Newspapers in Peru | How to Peru

The Prensa Chicha: Proudly Printing the Worst Newspapers in Peru 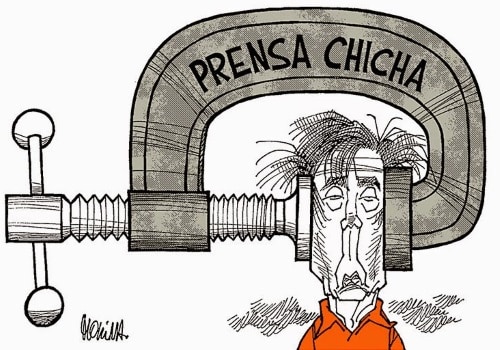 There are some perfectly respectable newspapers in Peru, such as El Comercio, La República, Gestion and the official state daily El Peruano.

But a quick browse through any street-side newspaper stand soon reveals a range of daily newspapers that make the Daily Mail look like the last bastion of brave and serious journalism.

These colorful rags are the newspapers of the prensa chicha (chicha press), the name given to the very worst and most mindless daily publications in Peru.

In Peru, the word chicha is most associated with certain corn-based drinks. It was also used to describe a culture that emerged in Lima during the 1960s, a culture built around the customs and music of Andean immigrants coming from the highlands to the capital.

Due to class divides and discrimination against this Andean culture in Lima, the word chicha became associated with more than just a musical style. Certain circles of society — typically non-immigrants — imbued the concept of chicha with negative connotations, including general bad taste and the use of vulgar or derogatory language (“La Prensa Sensacionalista en El Perú”; Chavez Méndez et al).

At the same time, both bad taste and a love for the vulgar were increasingly being embraced by a style of cheap daily newspaper in Lima, one that valued sensationalism above all else and targeted a lower class readership. This sensationalism appealed to the target audience, while the price — about half that of more authoritative daily newspapers — also attracted the poorer sectors of society.

These popular newspapers — defined by a distinct style of shoddy journalism and sensationalist reportage — became known as the prensa chicha.

Eduardo Quirós Sánchez highlights a number of shared traits of the prensa chicha in his essay “¿Prensa Popular o Prensa Chicha?” These include:

Violence — and violent imagery — is also common in the prensa chicha. Some images are incredibly graphic, showing dead and often mutilated bodies. This, however, isn’t a trait unique to the chicha press. Peruvian TV and newspaper reports often show the deceased victims of traffic accidents, shootings etc. — something that many foreign visitors are not used to seeing in the national press.

The Main Offenders (and Their Respectable Owners)

There’s sometimes a fine line between being simply sensationalist and descending into prensa chicha territory.

Colorful tabloids like Ojo and El Men might argue against the label, while some embrace it wholeheartedly. Daily newspapers that can be considered as chicha include El Chino, Extra, El Popular, Trome and the now defunct Ajá.

And, of course, respectable newspapers like El Comercio and La República would never stoop so low as to be associated with these dubious tabloids.

Or would they? Well, yes, they would. El Comercio, for example, owns the uber-trashy Trome, while La República owns the truly awful El Popular.

And now — for your viewing pleasure — here are some fine examples of Peru’s prensa chicha: 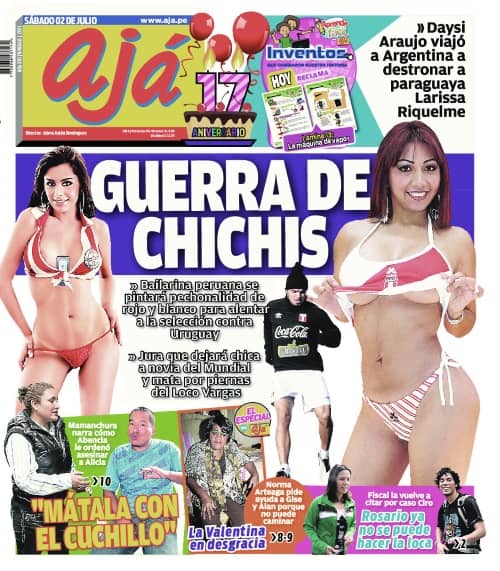 Here Ajá runs a headline that roughly translates as “War of Boobies.” The subheading states that the large breasted woman is showing her pechonalidad, a portmanteau of the words pecho (chest/breast) and personalidad (personality). 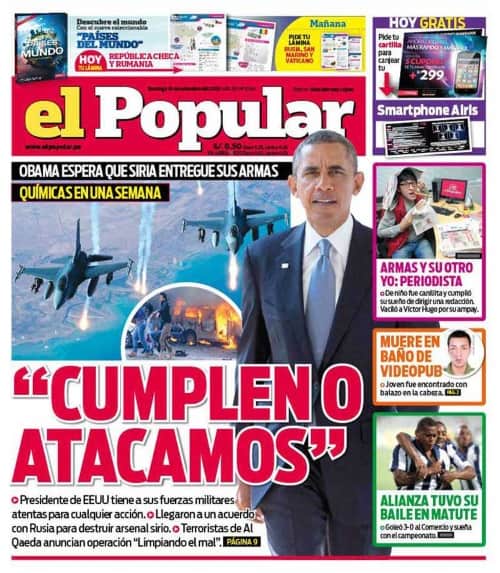 Here’s El Popular with a typically dramatic front page featuring Barack Obama and the sensational headline “Comply or We Attack.” There are also jets firing missiles and an image of a burning car, just in case readers weren’t completely convinced about the impending destruction.

Trome leads with “Missiles Against the Crazy Chino.” The “chino” in this case is Kim Jong-un — in Peruvian slang, chino refers to anyone of Asian descent. Trome also refers to Americans as gringos and US troops as “Rambos.” Despite the huge image of a missile launcher, Trome still finds space for a young lady with large breasts. 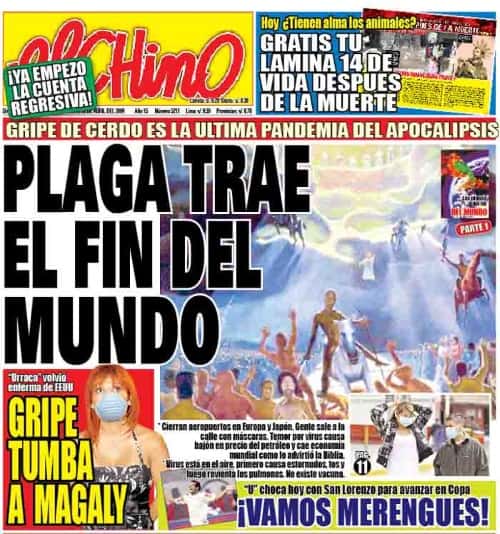 Speaking of chinos, El Chino really is a fine example of the lowest form of prensa chicha. Here the headline reads “Plague Brings the End of the World.” Apparently “swine flu is the last pandemic of the apocalypse.” Hmm…

2 comments for “The Prensa Chicha: Proudly Printing the Worst Newspapers in Peru”