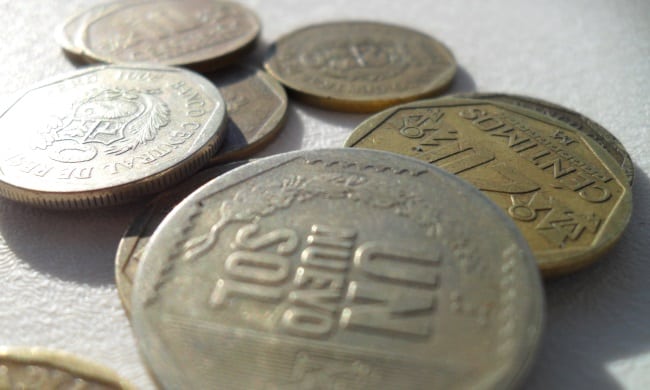 In October and November 2015, Peru’s Congress met twice to resolve an issue of great weight and importance: whether or not to change the name of Peru’s currency from the “Nuevo Sol” to simply “Sol.” And they voted Yes, with 73 in favor, 3 against and 6 who — after many sleepless nights — simply could not decide.

So, at some point, the Nuevo Sol will officially become the Sol. One day. I guess.

In Peru, as anyone who lives here will know, things don’t happen quickly, especially when any kind of bureaucracy is involved. And this whole currency-renaming issue is a good example.

The proposal, known as Bill 1432, dates back to May 14, 2013. Yep, Peru’s congressional representatives have been thinking about one word for almost two and a half years.

Back then, as now, their arguments in favor of the streamlined nomenclature were straightforward. Firstly, it had been 21 years since the introduction of the Nuevo Sol, so the Sol was no longer Nuevo. Fair enough. Secondly, dropping the Nuevo is supposed to “expedite economic transactions and adjust them to the economic reality.” Um, OK. Thirdly, it’s all supposed to save money in the long run. I’ve no idea how that works: you’d think that changing nothing, in this case, would be cheaper than changing everything because of one word. But what do I know?

Someone who certainly knows more than me is Pedro M. Yañez Sánchez. Writing for the Patio de Sociales — in an article far more scathing and intellectual than this one — Yañez Sánchez calls the argument in favor of the name change “insufficient and, to some extent, absurd.” He also notes that there will be a significant economic cost associated with the project:

“It is not only the decorative change of the name of the currency, but also its reprint, recoinage and redistribution, as well as the modification of the documents associated to it (receipts, invoices, tickets, etc.); all of which will impact, in some way, the daily lives of Peruvians.”

Considering the time invested in Bill 1432, and the potentially shaky wisdom behind it, the whole project sounds fairly farcical — and perhaps it is. But we now know that the motion has been passed, and that the Nuevo Sol will at some point become the Sol.

Precisely when, however, is anyone’s guess. ¿Mañana, tal vez?