Football in Spanish: Vocabulary and Phrases | How to Peru

Football in Spanish: Vocabulary and Phrases

If you are heading to Peru (or South America in general) and like the idea of having a kick-around with some future Nolberto Solano, it will help if you know some Spanish football terminology (soccer vocabulary for those of a North American disposition). Here are some of the key terms and expressions that you will need for playing (or watching) football in Spanish-speaking South America. 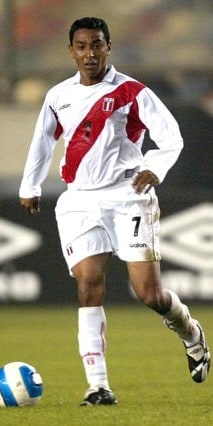 These basic Spanish football terms will get you started on the road to footballing fluency:

Getting slightly more technical, we have the Spanish soccer terminology for rules and regulations:

If you want to join a game, you’ll need to choose your position:

The word pichanga is a common Peruvian slang word used to refer to an informal kick-around between friends (it’s used in other South American countries too, but I’m not sure if it’s used in Spain).

The best way to pick up more Spanish football terms is to watch a few matches on Spanish-language TV. ESPN Latin America (or ESPN Deportes in the U.S.) is a good option. The commentators have an amusing obsession for using player and manager nicknames; highlights include La Pulga (Lionel Messi, “The Flea”), Pinocho (Edwin van der Sar, “Pinocchio”) and Cara Roja (Alex Ferguson, “red face”).

If you have any other Spanish football terms to add, slang or otherwise, feel free to post them in the comments box below. Thanks!