Alfonso Ugarte, Peruvian Hero of the War of the Pacific | How to Peru

Alfonso Ugarte, Peruvian Hero of the War of the Pacific

Look at a map of any city in Peru and you’ll see streets bearing the names of Peruvian heroes such as Miguel Grau, Leoncio Prado, Francisco Bolognesi and Jorge Chávez. You’ll also see the name of Alfonso Ugarte, a military man who, like Grau, Prado and Bolognesi, fought and died for his country in the War of the Pacific. 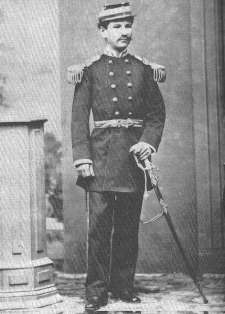 Alfonso Ugarte y Vernal was born in Iquique in the province of Tarapacá on July 13, 1847. At the time, Iquique was a southern port town in the recently independent nation of Peru, but the War of the Pacific would later hand Iquique and the Tarapacá region to Chile, in whose territory it now lies.

Ugarte’s parents, Narciso Ugarte and Rosa Vernal, were wealthy Tarapacá merchants and members of the Iquique elite. Narciso Ugarte died when Alfonso and his three siblings — Isabel, Narcissus and Federico — were still young, leaving them under the sole guidance of their mother, who later remarried and gave birth to another daughter.

Ugarte began his education in Iquique before being sent south to complete his studies in the large Chilean port and university town of Valparaiso. He attended the Goldfinch and Bluhm College, an English-owned institution, where he graduated as an accountant. Upon completion of his studies in 1868, Ugarte returned to Iquique where he took over the family saltpeter business. He was a success, but his position in the saltpeter trade in Tarapacá would inevitably draw him into the approaching dispute with Chile and the “Saltpeter War.”

As an established businessman and a member of the Peruvian upper-class, Ugarte was careful to nurture his public profile while rising through the social ranks. He aimed high and rose rapidly; in 1876, Ugarte was elected mayor of Iquique, a prestigious position for a man yet to enter his thirties.

Success was breeding success for Ugarte, but he still lacked one important addition: a wife. A union was planned between Ugarte and his cousin, Timotea Vernal. Marriage to Vernal was a secure option in terms of the family finances and would also bolster links with the Old World (Timotea lived in Europe). Love, of course, may well have played its part. Whatever the motivation, the marriage would never take place. Ugarte’s voyage to Europe was postponed due to the outbreak of war with Chile.

Ugarte and the War of the Pacific

The War of the Pacific began on February 14, 1879, the result of escalating territorial disputes over the mineral-rich lands in the border region between Chile and Peru. This, of course, put Iquique — and Alfonso Ugarte — right at the heart of the dispute. Cancelling his intended trip to Europe, Ugarte stayed in Peru to protect both his fledgling nation and his own financial interests.

Ugarte used his own money to fund and organize a battalion recruited from among the workers of Iquique. Once assembled, the newly formed Iquique N° 1 battalion comprised 429 enlisted troops and 36 newly appointed officers, with Ugarte as colonel. The battalion first saw action at the Battle of San Francisco on November 19, 1879; the Peruvians were defeated and the city of Iquique fell to the Chileans a few days later.

On November 27, Ugarte led his battalion at the Battle of Tarapacá. Despite winning the battle, the Peruvian forces, under the overall command of Major General Juan Buendía, were unable to take complete control of the province and soon abandoned it.

Despite receiving a bullet wound to the head, Ugarte was able to lead his troops north in the subsequent retreat to Arica, where his battalion merged with Buendía’s Ejército del Sur (Army of the South). Ugarte was then put in charge of the Eighth Division for the defense of Arica.

The Death of Alfonso Ugarte 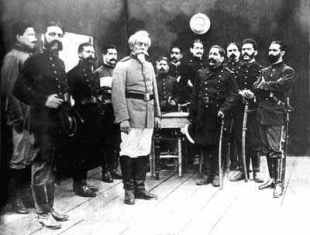 Francisco Bolognesi moments before the Battle of Arica.

In Arica, Colonel Francisco Bolognesi, the man in charge of the defense, determinedly shaped the Peruvian attitude to the ever-worsening situation. His position was clear: “Tengo deberes sagrados y los cumpliré hasta quemar el último cartucho” (“I have sacred duties and will fulfill them until the burning of the last round”). A stand was to be made, to the death if need be.

The Battle of Arica began on June 7, 1880. The Peruvian forces were surrounded, outnumbered and eventually overwhelmed. Bolognesi, Ugarte and several other officers rallied their remaining men for a final defense of the Morro de Arica (Arica Hill).

The Chileans, however, were relentless. Bolognesi and Ugarte both died during the engagement, alongside more than 1,000 of their men.

Alfonso Ugarte’s death is legendary in Peru and, to this day, every Peruvian schoolchild learns of his heroic demise. Seeing the Peruvian flag bearer fall, Ugarte drove his horse forward to rescue the national emblem. Outnumbered, outgunned and aware of impending defeat, Ugarte grasped the Peruvian flag and rode his horse off the cliff that he had been valiantly defending. He plunged to his doom, but prevented the flag from falling into enemy hands.

It’s a tale of glorious self-sacrifice, certainly, but it’s not the only version of events. Chilean sources often conflict with Peruvian sources, while unbiased contemporaneous accounts do not exist. 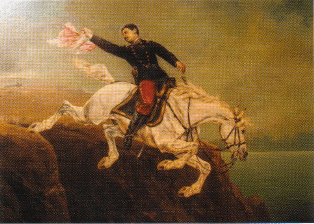 The death of Alfonso Ugarte.

One possibility is that that Ugarte plunged from the cliff in error, both he and his horse confused and disorientated in the smoke and chaos of a losing battle. It’s also possible that he was killed on the field of battle alongside Bolognesi, after which his body was thrown from the cliff top during the subsequent clearing of the field.

Ugarte’s remains were supposedly recovered from the foot of the cliff in 1890. This, too, is a strongly contested issue. In an attempt to resolve the matter, Ugarte’s supposed tomb was opened in 1979. Human remains were found inside, wrapped in a faded Peruvian flag; a powerful image, but conclusive proof remained elusive.

It’s unlikely that the exact events of Alfonso Ugarte’s death will ever be known. But the legend will persist, as will some debate. Ugarte, however, is certainly entitled to his status as a national hero of Peru, having fought with honor in the War of the Pacific and having given his life in defense of his young nation.