Why EEUU and SSHH in Spanish Abbreviations? | How to Peru

Why EEUU and SSHH in Spanish Abbreviations?

Ever since I arrived in South America, I’ve always wondered why some Spanish abbreviations double-up on the lettering. For example:

Seems like a waste of ink to me. Anyway, I’ve asked countless people over the years, including locals and stray gringitos, but no one has ever offered a decent answer. Well, I finally gave in and decided to ask the source of answers to all unanswered things: Google. 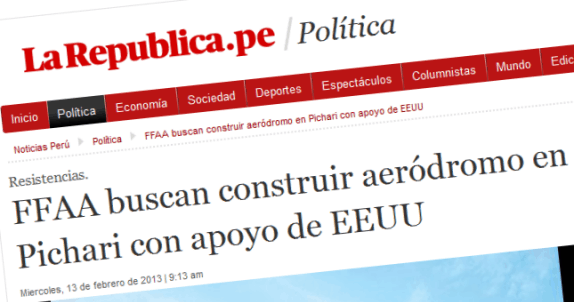 Quick Tip:  If traveling to or from Lima Airport, it is strongly recommended to use the luxury Airport Express Lima  bus to get to or from your hotel. Safer and cheaper than a taxi with no baggage limit as well as Free WiFi and USB chargers onboard, it is ideal for travelers.
View More

As it turns out, the doubling-up of letters represents a plural. Estados Unidos, like the other examples above, is a plural (United States), so the abbreviation becomes EE. UU. It can also be written as EEUU or EE.UU. (no space), but never with additional periods/full stops between the plural abbreviation (never E.E.U.U.).

As far as I know, abbreviations of three or more letters don’t usually use the double letter to indicate a plural. For example, Estados Unidos de América (United States of America) contains the same “United States” plural but the Spanish abbreviation is simply EUA. The United Nations, meanwhile, is the Organización de Naciones Unidas in Spanish, with the abbreviation being ONU — not O.NN.UU.

There are some exceptions. This article in La Republica is a good example: “FFAA buscan construir aeródromo en Pichari con apoyo de EEUU” (“Armed Forces seek to build aerodrome in Pichari with US support”). Here we have the standard EEUU and FFAA, as well as the Comando Conjunto de las Fuerzas Armadas (Joint Command of the Armed Forces) written as CCFFAA — a six-letter abbreviation containing a singular abbreviation (CC) followed by a plural (FFAA).

It’s also worth pointing out that this same doubling of letters exists in the English written language, typically in the realm of writing and publishing (and with words derived from Latin). For example, the abbreviation of “line” is “l.” while the plural “lines” is indicated by “ll.”; “folio” is “F.” while “folios” is “Ff.”; “page” is “p.” while “pages” is “pp.”

So there you have it. I’m sure many of you knew this already, but I for one can now enter a public toilet in Peru without a quizzical look on my face, thinking: “Why the hell do they write it SSHH?”

If you have anything to add, feel free to leave a comment below. Cheers. 3 comments for “Why EEUU and SSHH in Spanish Abbreviations?”