The Puente de los Suspiros, Barranco's Bridge of Sighs | How to Peru 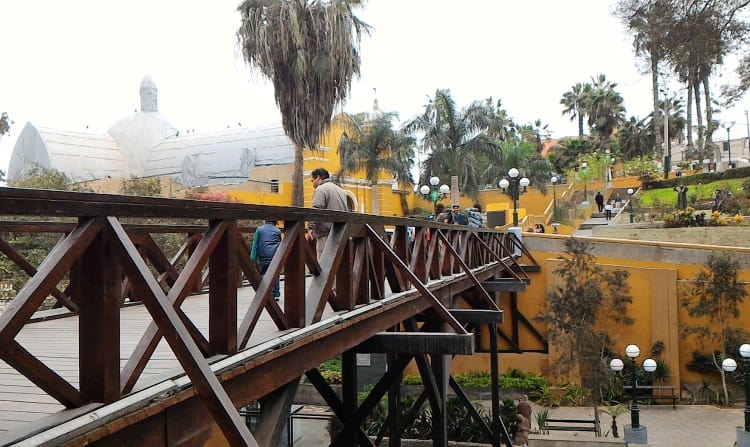 The Puente de los Suspiros (Bridge of Sighs) is one of the most famous landmarks in the Barranco District of Lima. To be honest, it’s not exactly Lima’s answer to the Golden Gate Bridge — unless you’re a very big small wooden bridges enthusiast — but it’s definitely worth a look as you stroll around the beautiful bohemian Barranco.

Barranco, a district that’s easy to explore on foot or by bike, shouldn’t be missed. If you are interested in a cultural few hours both Lima Bici and Green Bike Peru offer excellent bike tour options every day of the year and Lima by Walking do a free walking tour each afternoon with an informative guide.

As with all things, the bridge is far more interesting if you know a little about its history…


View More
Quick Tip:  If travelling to or from Lima Airport, it is strongly recommended to use the luxury Airport Express Lima  bus to get to or from your hotel. Safer and cheaper than a taxi with no baggage limit as well as Free WiFi and USB chargers onboard, it is ideal for travellers.

A Brief History of Lima’s Bridge of Sighs

The Puente de los Suspiros was built back in 1876 for entirely practical reasons: to span a small gap over a stream-cut gorge to connect Ayacucho Street with the Church of the Hermitage on the other side of the stream.

Unlike its more famous namesake in Venice, Italy, the Peruvian Puente de los Suspiros was of simple construction and not exactly glamorous. When it was destroyed, along with much of Barranco, during the War of the Pacific in 1881, it was presumably more of an inconvenience rather than a terrible architectural loss. It was rebuilt two years later.

In the mid-1900s, the stream that ran below the bridge was converted into a stone pathway leading from the Puente de los Suspiros to the beaches at the foot of the coastal cliffs. This descending pathway, known as the Bajada de los Baños, was used by fisherman on their daily descent to the sea.

But the fishermen were not the only people drawn on a regular basis to the bridge and its immediate surroundings. It also became a point of artistic and philosophical contemplation for some notable local figures, including acclaimed Peruvian writers and poets such as José María Eguren, Martín Adán and Julio Ramón Ribeyro.

And where poets be, there be lovers too, as someone probably said once. Yep, if you wanted to woo a woman or court a fine young gentleman, the Puente de los Suspiros was the place to get lucky. Such was the extent of all this wooing that the bridge became known as a place of amorous sighing, hence the name: the Bridge of Sighs.

Then along came Peruvian singer and composer Chabuca Granda and her Barranco bridge-inspired song “El Puente de los Suspiros,” written in 1960. Once immortalized in verse by the queen of música criolla, the bridge became Barranco’s most iconic symbol of art and love and poetry.

The old fishermen, meanwhile, must have been baffled by the sudden appearance of flocks of lovestruck young poets at the start of their traditional descent to the sea (at which point they probably thought “to hell with this!” and found a different way down to the ocean). 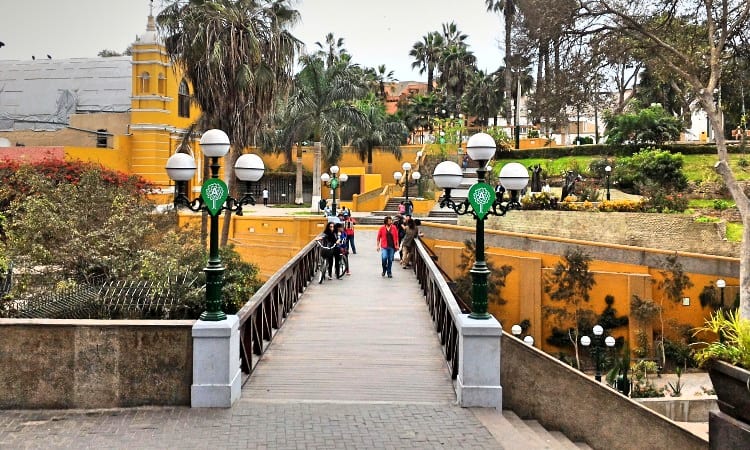 Barranco is a hip place to be these days, with its bars, cafes and restaurants. And the Puente de los Suspiros – along with the nearby hermitage, park and Bajada de los Baños – has been restored in recent years to bring it up to modern manicured standards.

Along with the bridge itself, keep a look out for the statue of Chabuca Granda that stands with open arms in the picturesque park to the north of the bridge. Oh, and there was a giant spider in the park, too, which was a nicely random addition. I’m not sure if it’s permanent, but it should be.

One last thing about the Bridge of Sighs: Legend states that those who set sight on the bridge for the first time are entitled to a single wish if they can cross its 30-meter span without taking a single breath… 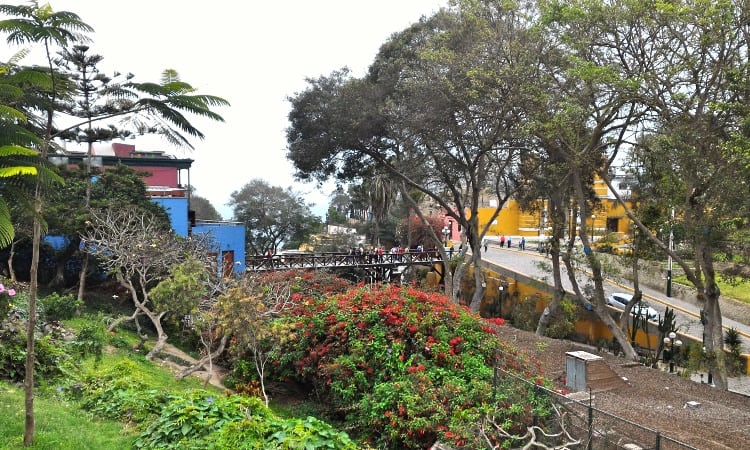 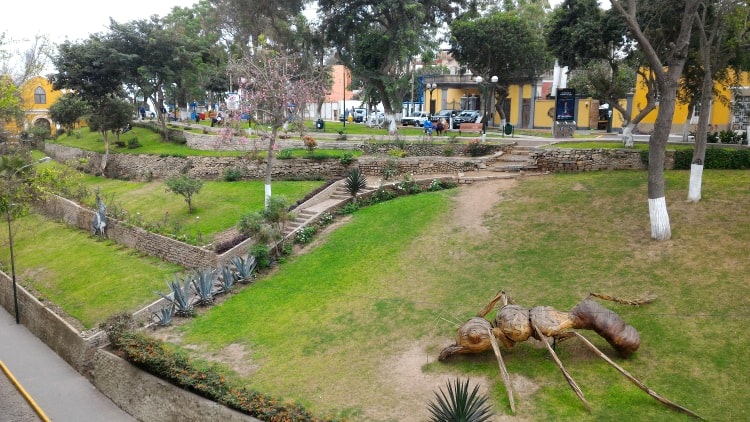