Kuelap: The Machu Picchu of the North | How to Peru

Kuelap: The Machu Picchu of the North

Among the clouds of the Peruvian Andes above the Amazon Rainforest, you’ll find the magnificent Archeological Complex of Kuelap, one of the oldest and biggest historical structures in South America and known as the “Machu Picchu of the North.” This pre-Inca complex is located in the province of Luya and is about two hours from the town of Chachapoyas at an altitude of 3000 meters above sea level.

The walled city consists of more than 400 rustic buildings that were built in the 6th century AD by the Chachapoyas culture. This incredible site offers visitors surreal views of the cloud forest and surrounding countryside. Due to its structure and precise location, this pre-Inca complex served as a fortress to protect against invasions from other tribes in the area.

The fortress overlooks the Utcubamba River and although it may look like undiscovered ruins in the woods, Kuelap receives more tourists each year. Last year, around 84,156 people visited Kuelap in part due to the new cable car system that made it possible to arrive at the summit in just 20 minutes. 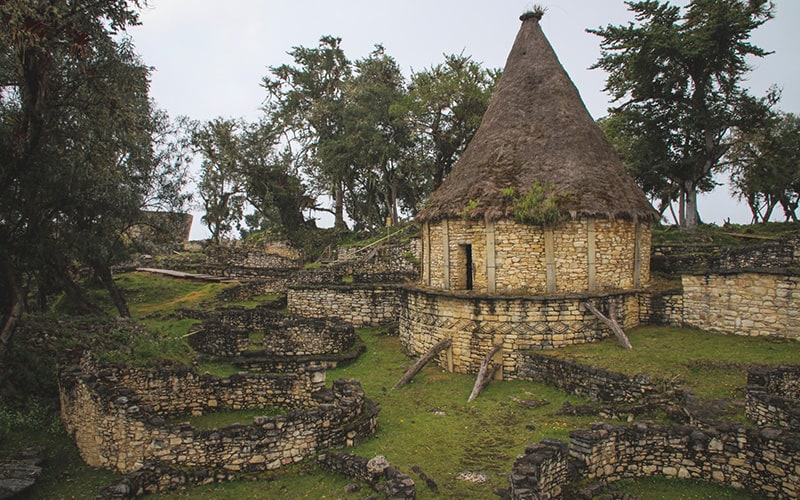 Due to the dense vegetation, difficult-to-access location, and heavy rainfall, this magnificent complex was left undiscovered for many years. Kuelap was finally found on January 31st, 1843 by Juan Crisostomo Nieto, judge of the nearby town of Chachapoyas, while wandering through the zone.

Afterwards, many researchers came to visit  Kuelap in order to research the people who lived there and their culture. It was the historian Federico Kauffmann Doig who contributed the most to Kuelap research thanks to his passionate dedication to studying the Chachapoyas culture.

Most Important structures in Kuelap 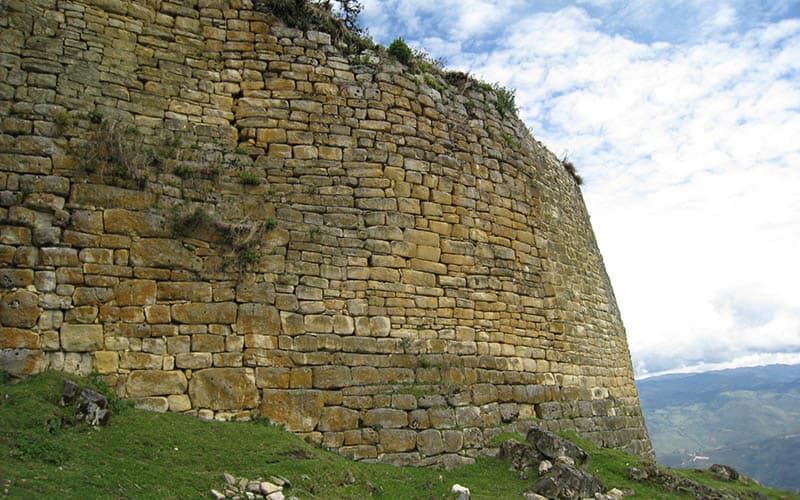 There used to be just two ways to get to Kuelap: by car or by hiking, covering a distance of 37 kilometers from the town of Nuevo Tingo and taking from 2 or 5 hours. A new Kuelap cable car system was inaugurated in 2017. This new system covers a distance of 4 kilometer and takes just 20 minutes, giving travelers the opportunity to experience amazing aerial views of the zone.

The system offers a unique experience that represents the mixture of two words: the nature of the Tingo Valley sitting at the meeting point of the Andes and Amazon jungle, and the modern world expressed in the engineering of the new cable cars.

The public open hours are from 08:00 am to 4:00 pm and there are buses available every 10 minutes to bring you to the cable car station from Nuevo Tingo (the frequency of the buses varies depending of the season). The price of the cable car ticket is s/20 (a little under $6). When planning your visit, you should make sure to take into account that the service (bus and cable car) takes around one hour in total, and that Kuelap tours can take from 3 to 4 hours. 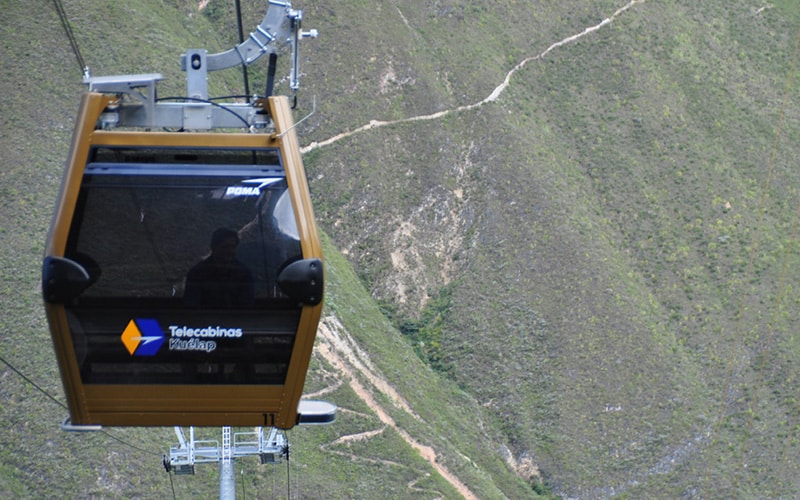 When to Visit Kuelap?

As Kuelap has dense vegetation and a very rainy climate, it’s recommended to visit the Archeological complex from May to September during Peru’s dry season.

Kuelap is a must-see destination for any trip to Northern Peru. Don’t miss the opportunity to visit the “Machu Picchu of the North” and see a more off-the-beaten-track part of the country. You’ll fall in love from the moment you step foot there!