Choquequirao: Discover Cusco’s Hidden Cradle of Gold! | How to Peru

For many exploring Cusco, there’s only one destination on your mind: Machu Picchu. The hordes of tourists flocking to the new wonder of the world are growing massively meaning the attraction can sometimes be a little overrun to say the least. Enter stage right: the less known, but equally amazing Choquequirao, a fantastic alternative trek to the overcrowded Machu Picchu. 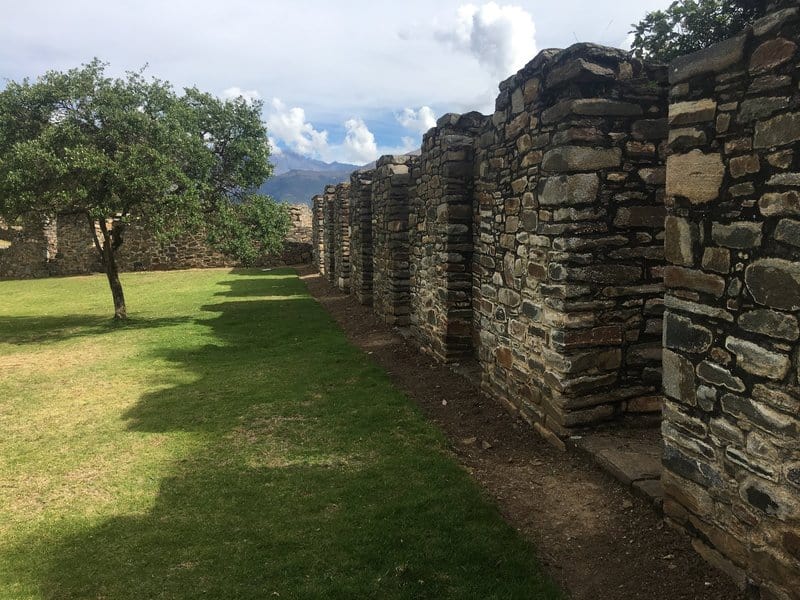 Choquequirao is an ancient Inca site located in the Vilcabamba mountain range of the Andes region in Peru. The site is very similar to Machu Picchu in both the structure and the architecture of the ruins scattered across the mountain top. At 3,050 meters above sea level, The Inca citadel comes in at over 600m higher than Machu Picchu, adding to the wonder of the place in many ways.

The History of Choquequirao

Believed to have originated from the 15th/16th century, the Inca settlement of Choquequirao was first built by the 9th Sapa Inca Pachacuti, the ruler of the Inca empire before its later expansion under his son Tupac Inca Yupanqui. The site’s construction involved flattening the mountaintop and reinforcing it with stone rings, creating the platform we can see today at the top.

The site was finally re-discovered almost 200 years later by Cosme Bueno who was the first explorer to write about the site. There is also a rumor that Juan Arias Díaz had found the abandoned citadel 50 years prior, but there is no written proof of his discovery.

In the early 1900s, the prefect of the Apurimac Province, J.J. Nuñez, persuaded Hiram Bingham, an American explorer who is credited with the re-discovery of Machu Picchu, to visit the citadel in search of Inca treasures and clues as to the site’s history. Unfortunately however, he decided the ancient site weren’t of much interest, so Choquequirao wasn’t properly excavated until the 1970s.

How to Get To the Trailhead

There are two main options when it comes to travel arrangements to the Choquequirao base camp. If you choose to organize the journey yourself, you will need to find yourself a taxi willing to bring you the 4 hour journey from Cusco to Cachora. This will cost in excess of $100. The second option, which I think is probably the most attractive unless you are a very experienced traveler, is to book the trek through a tour company. Having done some research, I have found there to be tours available for as little as $500 on tour comparison site Find Local Trips. These tours all include hotel/hostel pick-up, qualified guides and many other hike essentials that will ensure you have the best possible Choquequirao experience.

Choquequirao is more than a little bit off the beaten track and is a considerable distance from any significant town, meaning the trek to the top will take time. For many taking on this challenging hike, the starting point is almost always Cusco. It is highly recommended to spend a few nights in the city to acclimatize to the altitude, which otherwise could make the hike extremely challenging and in all likelihood very unenjoyable. The people you’ll meet along the way may well speak Quechua as their first language, meaning even fluent Spanish speakers may need to seek the help of a multilingual guide to navigate the way to the ancient citadel. Booking through a tour group is a great way to ensure you will have all the help you need during your trip. 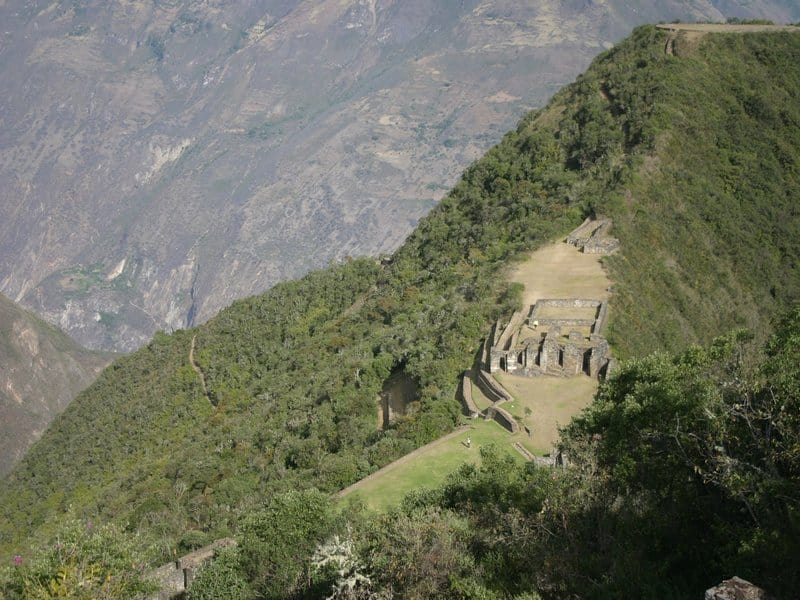 The hike itself is most often split into a 4 day, 3 night trek, reaching Choquequirao on day 2 and spending a night at the Inca citadel before beginning the descent back to the trailhead. The first night is spent at the Santa Rosa hamlet, located at 2100m. During the descent the third night is typically spent in Chiquisca base camp, at 1,835m before commencing the final descent on the fourth day, signaling the end of an amazing trip.

The organized trek has almost everything you will need included from meals to tents with the exception of sleeping bags, making the whole experience more enjoyable and relaxing. I would recommend that only the most experienced hikers take on such a trek without a tour group, or at least invest in an experienced tour guide to help reach the ancient citadel.

What to Bring on the Choquequirao Trek

What are you Waiting for?

The Choquequirao trek is the perfect way for keen adventurers to escape the typical touristic Gringo Trail and discover a trek similar to Machu Picchu, without the masses of tourists that come with it! I would definitely recommend you look into taking a guided tour, it will make the whole trek experience all the more enjoyable! If you’re interested in other amazing ancient ruins around Peru, make sure to check out our blog on the best Machu Picchu alternatives as well.