Police in Peru | How to Peru 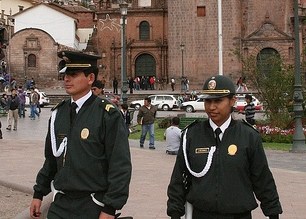 Peru’s police force is a mixed bag. Individual officers are inconsistent; some are corrupt and intimidating while others are jovial and approachable (the latter being more common among the officially designated Tourist Police).

Most backpackers won’t have much contact with the police beyond simple passport checks. Nonetheless, it’s a good idea to know who and what you’re dealing with.

From the US Department of State’s 2009 Country Reports on Human Rights Practices:

“Observers noted that the PNP was undermanned and suffered from a lack of training and professionalism. Corruption and impunity remained problems.”

From the US Bureau of Diplomatic Security’s Peru 2011 Crime and Safety Report:

“Many police are eager to serve but do not have the training and equipment necessary to do so effectively. Morale is poor, pay is low, and corruption is rampant, which has created an overall negative image of the police in the minds of the populace. Police have been known to either solicit bribes in order to supplement their salaries or may readily accept bribes when offered. Police response to reported crimes is notoriously slow and in many cases, largely ineffective.” 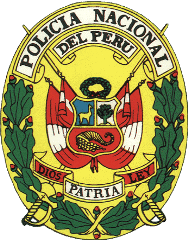 As of October 2011, the PNP has not rectified the four points highlighted in its strategic plan.

Police in Peru: At Ground Level

As noted earlier, your main contact with the police will be on the road, primarily at random checkpoints and border crossing points. Unless you are doing something illegal, these situations are more of a hassle than a concern (do not carry drugs — it’s a recipe for disaster, even if it’s a small amount for personal use).

Try to carry some form of ID with you at all times — the police will ask for ID and will expect you to have it. A photocopy of your passport is normally acceptable, but it’s a good idea to carry an original form of photo ID as well (such as a driving license). If you aren’t carrying your passport, carry a photocopy of your Tarjeta Andina and a copy of your stamped passport page. This may seem excessive, but it will save a lot of hassle if a diligent police officer wants to dig deeper. 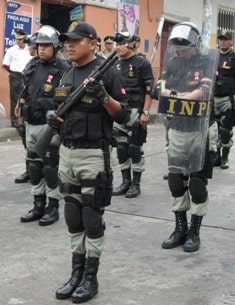 The lack of training and professionalism within the PNP can lead to unwarranted bother. Cocky, intimidating or power-tripping officers pop up occasionally. Whatever you do, stay calm and treat them with the respect that they believe they deserve. In other words, bite your tongue and keep your thoughts to yourself.

Do not take photos of police officers or installations without prior permission. You risk having your camera confiscated and, potentially, a fine (official or otherwise). Taking photos of police brutality or acts of corruption could land you in serious trouble, so leave that to the Peruvian press.

Note: Be aware that some scams in Peru involve fake police officers. If you suspect that something is amiss, insist on walking to your hostel or to a nearby police officer (or police station). Do not get into an unmarked car with someone claiming to be a police officer.

Corruption is rife throughout both the Peruvian government and its police force. Offering bribes to police officials is both common and quietly accepted on the streets. Traffic infringements, for example, often involve a quick monetary exchange rather than a ticket or further charges.

If you have committed a minor misdemeanour, the possibility of paying a bribe may well arise. It’s entirely up to you whether you pay or not. Paying an officer who has asked for money (directly or indirectly) is far less risky than offering a bribe without any prompting from the officer in question. Be careful if you decide to raise the option, as you could end up with much bigger problems.

When Things Get Serious

If you become directly or indirectly involved with the police during a more serious situation, be aware that police action can be heavy handed.

If you are caught in the midst of a protest or any other form of civil unrest, your best option is to move away from the area. If the police make a move to clear the area, violence could well follow (with potential fatalities on both sides).

If you are arrested by the police, contact your embassy as soon as possible. Don’t make any statements without a lawyer or embassy official present (and ask for a translator).

Whatever you do (or have done), do not try to run away from the police. Peruvian police officers are armed and a fleeing suspect is a viable target.

If you have any questions or opinions about police in Peru (or personal experiences), please leave a comment below. Thanks. 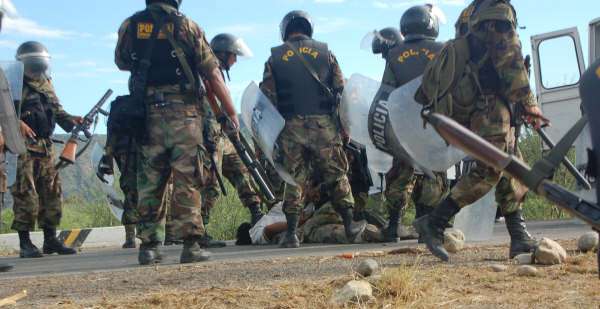 4 comments for “Police in Peru”