From Chachapoyas: Portrait of an Artist as a Young Man | How to Peru

From Chachapoyas: Portrait of an Artist as a Young Man 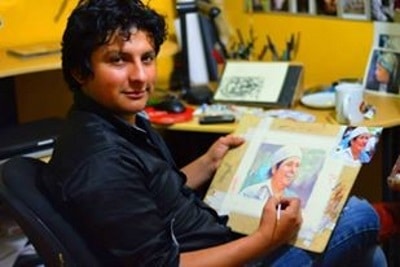 Twenty-nine year old Luis Miguel Portilla Tuesta smiled when asked about his age. He referred to a birth date in 1986 and said it was a rainy day.

Since that date, it seems that the heavens have been pouring out deluges of artistic triumph: Portilla’s vibrant contemporary paintings, evocative of Peruvian cultural history, and his folkloric band Illarek’s haunting songs that commemorate the people and land of Amazonas.

Portilla is a descendant of the Pizarro and Tenorio clans, families who have lived in Chachapoyas since the 1600s. His affinity for his ancestral homeland motivates all he paints and every song he composes.

Growing up with four brothers, he was influenced by his uncle Marco Antonio, who encouraged all five boys to learn to play guitar or charango, the mandolin-like Peruvian instrument. Three of the brothers became the core of Illarek (www.facebook.com/illarek.oficial) – Julio, recording engineer and maestro of the charango; and Luis and his brother César who share vocals, guitar and songwriting.

Luis tells the story of their Nicaraguan tour in 2013. “We were the first Peruvian musicians invited to perform at the Ruben Darío Theatre in Managua, one of the largest theaters in Latin America. The messages of social justice in our songs resonated with the Nicaraguan people, who have been developing a socialist country for some time. They especially responded to our song about the Baguazo – the 2009 demonstration of indigenous people in Amazonas protesting oil exploration that resulted in 34 deaths.”

“Illarek is not just a musical group. It’s an ideology, an ideology devoted to humanizing the world, to spreading the truth that we are all brothers and sisters.” Luis says that Illarek will soon release their fifth CD, possibly sound-engineered in France where brother Julio now lives. 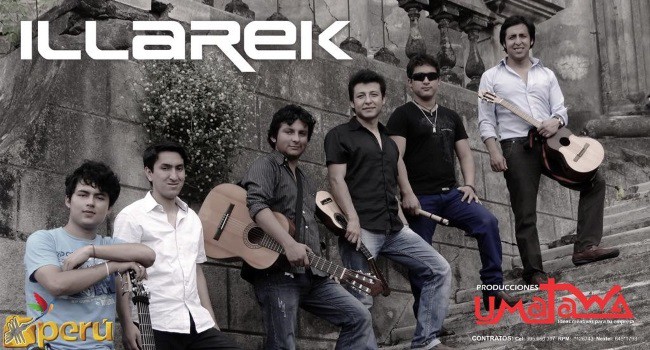 Luis interrupted his university studies in engineering – he lacks a year for his degree – to enroll in the Bellas Artes school of Chachapoyas to pursue his love of painting. “I felt the need to express and share with the world those things that are my origin, not my colonial origin, but my indigenous, Andean origin.”

He often works in natural pigments – extracts from leaves, mushrooms, clays, and even animal fats. His range of subjects and styles is truly varied, from impressionistic portraits to abstract and dreamlike images incorporating indigenous archetypes and symbology.

In 2011, an opportunity to work with inmates at the local state penitentiary turned out to be one of the most spiritually rewarding experiences of his life. Although a salary never materialized, Luis continued for two years as an advisor and teacher of art. “It was a beautiful project. In the beginning I had 5 students, and soon I was working with forty. After nine months, eighty inmates were learning painting and sculpture.” An exhibition in Chachapoyas was arranged, and “Freedom Through Art” became a sensation. “People could begin to understand that these prisoner artists were also people, people who had made mistakes like all of us make mistakes, and that they were re-inventing themselves and improving their lives. And art gave them a chance to find a kind of freedom behind the prison bars.” 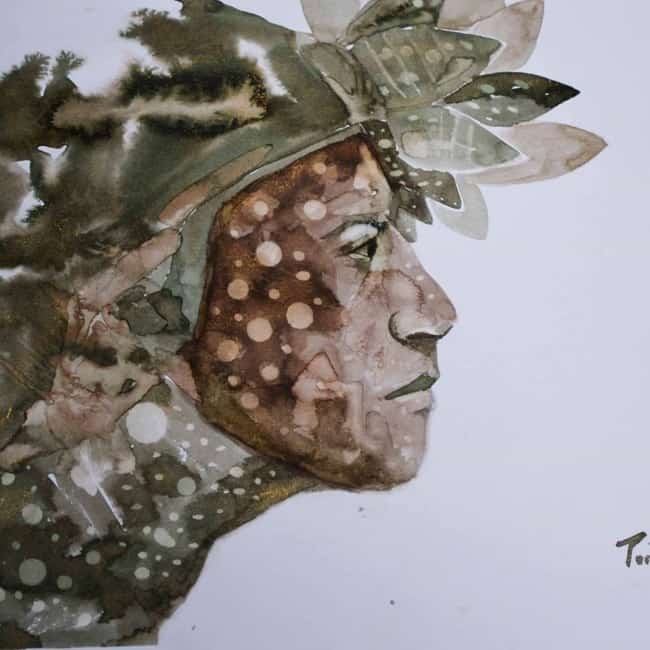 Luis has been recently acclaimed at an exhibition in Lima at the Mercado Del Arte gallery in Miraflores. He has been invited to exhibit his work along with five of the great masters of contemporary Peruvian art in Mexico in April next year. Currently, he’s busy preparing for an exhibition in Bordeaux in February – they’ve asked for sixty paintings.

He’s also busy with his wife, Spanish-born poet Lucia Zapata Cornejo, with the recent opening of their art gallery and crafts store, JUKU WASI, in Chachapoyas at Jiron Triunfo 850 (www.facebook.com/JUKU-WASI-847742095307992). They are displaying paintings by Luis, photographic works of youngest brother Mario Portilla, and selected artesanias of extremely high quality from throughout Peru. Lucia and a Spanish photographer, Sara López Juliá, have recently published Mujer Salvaje: Esencia Feminina, an impressive photographic essay that explores feminist ideals within a pictorial background of Amazonian and indigenous motifs. The book is available at JUKU WASI. 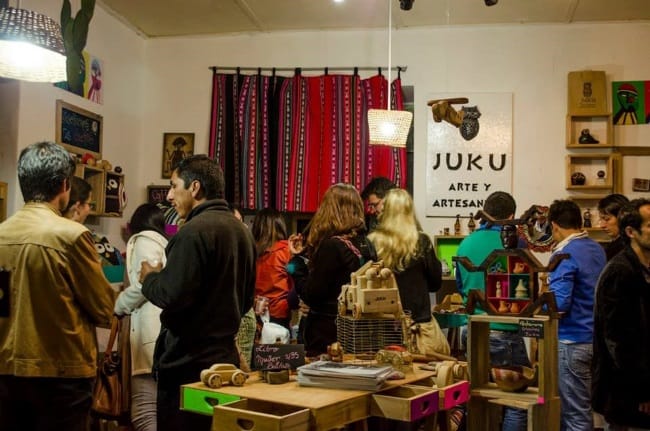 While Luis is a talented artist and musician, he is also a serious young man. Deeply philosophical, he has this to say about his calling. “Art exists not simply to decorate a home; music isn’t just for dancing. Both are forms of education. Paintings and songs are messages. Art exists to humanize the world. It is difficult to understand in this era of the supposed evolution of mankind….how humans continue to wage war, commit terrible acts of destruction and murder. Artists are obligated to concern ourselves with this world, to sensitize people and raise awareness. Everyone can make small changes. This is our role.”

If this has peaked your interest, and you intend to make plans for a trip to Chachapoyas we suggest you check out FindLocalTrips.com a tour comparison website with heaps of info and all the different options for taking that trip of a lifetime. 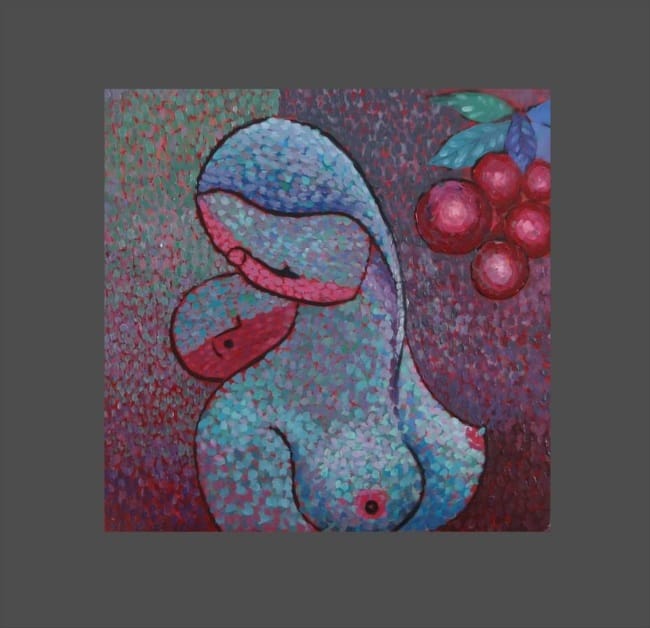 1 comment for “From Chachapoyas: Portrait of an Artist as a Young Man”