El Misti: How to Conquer The Iconic Arequipa Volcano | How to Peru

El Misti: How to Conquer The Iconic Arequipa Volcano

The most prominent feature of the landscape of Arequipa is undoubtedly the surrounding volcanoes (Misti, Mount Chachani and Pichu Pichu Peak). The most well-known Arequipa volcano is Misti, which sits at 5,825m above sea level, in between Mount Chachani (6,075m) and Pichu Pichu Peak (5,669m). ‘El Misti’ comes from the Quechua language, meaning ‘The Gentleman.’ All three mountains lie northeast of Arequipa and are usually visible throughout the entire year but are particularly visible in the winter months (May-November). 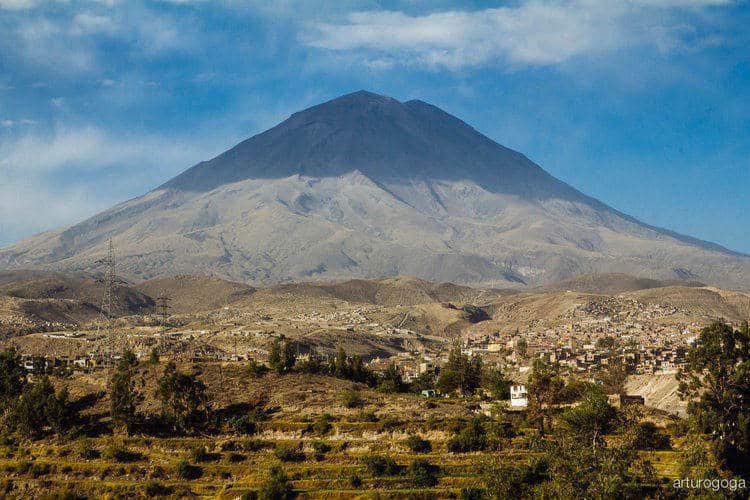 Most of the colonial buildings in Arequipa were built using the white rock from the volcanoes, a type of building material known as sillar. This is how Arequipa earned its nickname of ‘The White City.’ El Misti, the most iconic Arequipa volcano, is considered dormant but has proven active in the past, with the most recent eruption having taken place in 1985. 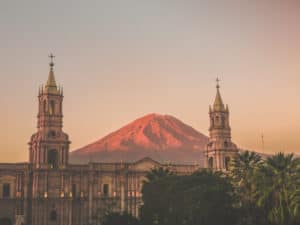 There are a number of guided tours/treks that allow for visitors to climb to the summit of El Misti. These tours/treks are run by a number of different operators, with prices for the two-day-trek starting from approximately $100. As this volcano in Arequipa is 5,825m above sea level, the trek to reach the summit takes 2 days. Most trek operators pick you up from your hotel/hostel at around 7 or 8 am. Depending on which operator you choose, you will start at a particular point at the base of the volcano. On the first day, a long ascent takes place for approximately 6-8 hours until base camp is reached. The group then usually sets up camp for the night, eats dinner and then rests before the final ascent in the morning.

The following morning, breakfast is prepared and eaten before sunrise. After breakfast, the climb to the summit begins. Depending on the time of year, there may be snow or ice as the ascent steepens. When the weather is clearer and warmer, the ascent is a lot easier and does not require as much experience. Once the summit has been reached, you are given enough time to take pictures and soak up the beauty of this incredible Arequipa volcano and its surrounding landscape. After this, the descent begins and the group returns to base camp. Lunch is then eaten and afterwards, the members of the group are dropped back at their hostels/hotels.

Travelers should be aware that the conditions of the climb are quite difficult and should only be attempted if you are in good physical condition. Alongside the physical terrain of the climb being difficult, altitude sickness is another big problem for many climbers. During the ascent, climbers will pass the 5,800m point of altitude. At this height, even walking takes a huge amount of effort. It is not recommended to undertake the climb unless you have acclimatized to the altitude in Arequipa for a night or two. Most importantly, enjoy Misti Volcano and the stunning sights that it has to offer! Safe travels.