The Legal Drinking Age in Peru | How to Peru 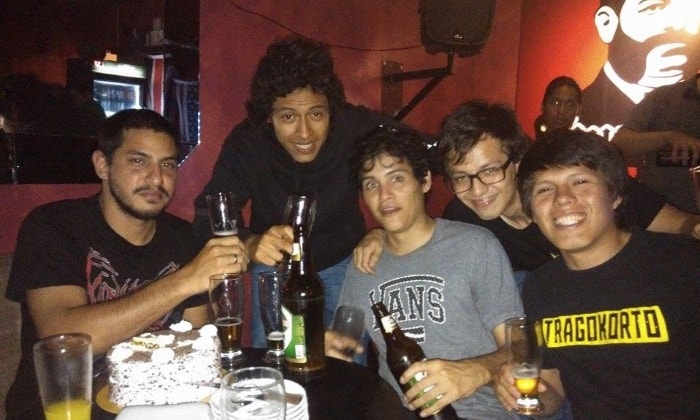 The minimum legal drinking age in Peru is 18, which is good news for thirsty young backpackers from the USA – or, for that matter, from Kazakhstan, Sri Lanka, American Samoa or Micronesia. These countries, like the USA, have a legal drinking age of 21, which is, quite frankly, ridiculous.

In Peru, Law 28681 – a law that’s mirrored by almost every single country on Earth – dictates that no one can purchase alcohol if they are under the age of 18. So if you’re 18 or over, you’re good to go.


View More
HOW TO PERU TRAVEL TIP: Save money and stay safe when going to/from Lima Airport by using the Official Bus service inside the Airport called Airport Express Lima

And it’s not exactly hard to buy booze in Peru if you’re under 18. An average local store is unlikely to ask for ID from anyone who looks vaguely adult-ish, unless the owner is particularly law abiding or has already received a few complaints from the neighbors (or a few visits from the police).

Discos and nightclubs are more likely to ask for ID, especially respectable establishments in Peru’s larger cities. Still, it’s not uncommon to see fresh-faced revelers — who can’t be a day over 16 – drinking and dancing in discos across the country (particularly in towns and cities in the provinces, where the enforcement of drinking laws is especially slack).

Drinking laws are stepped up a notch during regional and national elections, where full-on prohibition kicks in for 48 hours before any votes are cast. This is the Ley Seca (“Dry Law”), whose goal is to ensure clearheaded and sober voting (and voting is mandatory in Peru, so failing to vote because of a hangover will result in a fine).

Not only is it forbidden to sell alcohol during the Ley Seca (including in bars and clubs), it’s also a big no-no to drink alcohol in public places – and foreign backpackers are not exempt from the law.

In other words, you need to stock up before the Ley Seca comes into effect if you want to drink at home (or in your hostel, if that’s allowed by the owner) during the two days prior to an election.

2 comments for “What’s the Legal Drinking Age in Peru?”