Peru Scams and Pickpocketing | How to Peru

Most Peru scams targeting tourists are basic affairs rather than complex long cons. These scammers often use distraction techniques to create pickpocketing opportunities, while others prey on the inexperience or confusion of fresh-off-the-plane tourists.

For Peruvian scammers, foreign tourists equal money, and touristy areas are prime territory for scammers. Being aware of some of the common tricks of the trade will help you spot a scam before you get caught up in it. The intention here is not to make you paranoid – you shouldn’t be – but knowing a little about Peruvian scams will give you a huge head start if you find yourself a target of such techniques. 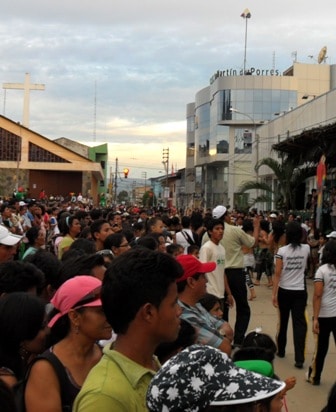 Distraction scams are in no way limited to Peru. Pickpockets and bag snatchers favor this technique across the globe, mainly because it is simple and effective. There are numerous variations, but the following are two of the most common:

“The Splatter” involves chucking some kind of sticky substance on the target (such as ketchup, a spilt drink or a nasty glob of spit). The thief, normally a second person standing nearby, approaches in a Good Samaritan “can I wipe that off you” manner. As he wipes you down, swift fingers remove all valuables from your pockets. A bag snatch is also a possibility.

“The Block” normally involves three or more thieves working in unison. As you are walking down the street, one or two “pedestrians” stop in front of you, blocking your path. Another thief approaches from the side or rear, stripping you of valuables while you are immobilized and/or distracted by the block.

Prevention: The best preventative measure is to carry as little as possible (and hide valuables that you are carrying) when you are walking in the street. If you think you are being deliberately blocked or stopped, it’s important to keep moving. In “splatter” situations, bluntly refuse any help and don’t stop to argue even if you know it was deliberate – stopping you is the whole idea.

If someone follows you, don’t be afraid to let them know that you are aware of their intentions; a direct stare makes it clear that any element of surprise has been lost. Most scammers and pickpockets will quickly break off from a difficult target unless the target is too tempting to let go. Finally, remember that the thieves and their associates could include old women, small kids, smartly dressed men etc. Don’t let appearances deceive you.

Check taxis fares before getting in

Money scams come in all shapes and sizes, ranging from basic stitch-ups to complicate cons:

Prevention: First, drop your trust levels to zero whenever money is involved. Only change money with official moneychangers; don’t get involved if anyone else asks you to change a bill. Don’t lend money to anyone – and I mean anyone, no matter how nice they seem or how well you think you know them (that includes other backpackers, by the way, unless you are 100 percent sure that you’ll get the cash back).

When you are handing money to someone, count it out aloud as you do so. This makes it clear exactly how much you are paying, making it difficult for the recipient to scam more money from you. Furthermore, avoid handing over any money until you have received the item you are paying for (this is impossible in some circumstances, such as upfront payments for tours). Again, always check your change. Finally, familiarize yourself with Peruvian money. Know what you are handling and how much it is worth – you’ll be ripped off all over the place if you don’t understand the value of Peruvian cash.

Other Peru Scams to Watch Out For

Here are a few other Peruvian scams to be aware of:

Peru border crossing scams: Peruvian border officials sometimes like to make a few bucks on the side. One of the more recent scams involved officials on the Peru-Bolivia border searching bags for cash. Upon finding the cash, the officials claimed that it was counterfeit and had to be confiscated. That’s a tricky situation for a tourist to be in, and best avoided by carrying only small amounts of cash and/or hiding it somewhere (socks are good).

Another scam along the Peru–Chile border between Tacna and Arica involves colectivo taxi drivers trying to charge an additional $20 to foreign tourists. They claim it’s a “tourist card” fee — no such thing exists, so don’t pay.

Fake police scams: never go anywhere with a Peruvian policeman (unless, of course, you’ve been arrested for a legitimate reason). There have been instances of fake police officers scamming tourists, be it with a random fine or a more serious mugging after the tourist had been pressured into going for a ride with a fake cop.

Fake kidnaps: I’ve only ever heard about this scam on the ExpatPeru forums, but it’s worth some consideration. It involves Peruvians befriending a tourist before he goes on a multiday trek or tour. The scammers ask for contact details (email address, home phone number, and home address). Knowing that the tourist will be away for a few days (and out of contact), the scammers then contact the foreigner’s family claiming that he or she has been kidnapped, demanding a ransom. If all goes well, the “kidnappers” will have received the money before the tourist has returned from the tour (read the ExpatPeru forum thread here; it also features scams involving faked accidents and fights).

If you have any other Peru scams to report, be they personal experiences or things you have heard about, please give some details in the comments section below. New scams spring up every now and again – I’ll update this post (or write a new one) if I hear anything, but any other accounts are more than welcome. Thanks.

6 comments for “Peru Scams and Pickpocketing”