Pachamama Raymi: Peru’s Festival for Mother Earth | How to Peru

During the first week of August every year, Peruvians and Ecuadorians celebrate Pachamama Raymi, or as it translates in English, the “Festival of Mother Earth.” In the former Inca capital of Cusco, people give their tributes to Pachamama, or Mother Earth, to show thanks for blessing their crops which have been supporting their families and friends for generations. The tradition of Pachamama Raymi has been passed down through generations and now has become a party to be enjoyed. So if you’re in Peru, why not get a little cultural and enjoy Pachamama Raymi. 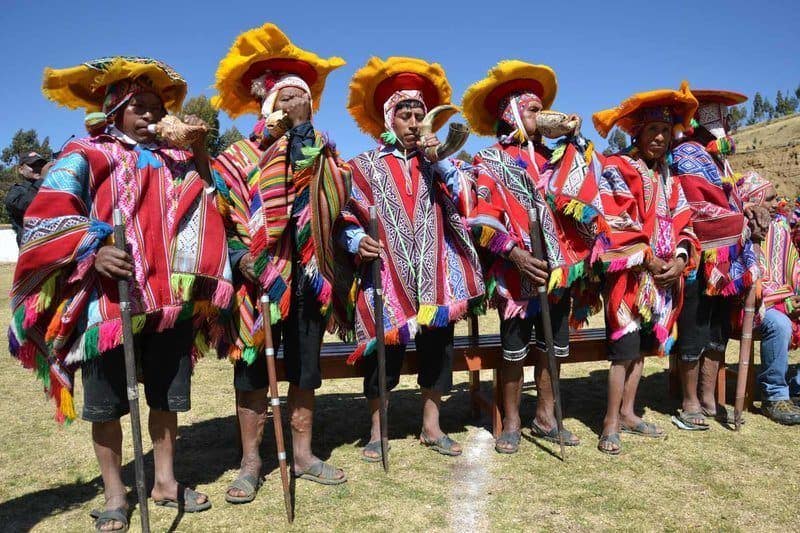 On the 1st of August every year farmers will halt all work on their farms in order to let the crops and land have rest. This is the the first step in giving thanks to Mother Earth. By doing this, all the crops which are grown from Mother Earth (the ground) as well as some other crops such as coca leaves, are given back to Mother Earth as a symbol of respect and to feed Mother Earth, which is said to be hungry around this time of year. The crops are not any old crops that are lying around, rather they are the finest crops the farmer has at that time. The crops are cooked because that is what man does with the crops Mother Earth provides. They are then placed in a hole in the ground in order for Pachamama to feed on it. In modern times the people of Peru perform this ancient tradition with a “pako”, also known as an andean priest. The priest is the one who provides the land with the crops in what is called the “haywasqa” which translates to the “payment to the land.”

Dating back to before the Spanish conquered Peru, the Inca people thought of Pachamama as a god who protected men and whose purpose was to make sure people were fed and had a high quality of life. According to ancient Andean cultural tradition, the reason that Pachamama Raymi is still celebrated is to ensure that the relationship between the god Pachamama and men remains on good terms. The celebration acts as an appreciation for nature and a way for man to say that they do not take it for granted. It is this tradition of giving and receiving that is believed to keep order and harmony between man and nature.

If you’re looking to take in the celebrations of Pachamama Raymi then you’ll head to Cusco in time for August 1st. Make sure to consult our guide to The Best Bus Companies in Peru before booking your ticket. Once in Cusco, you’ll need to head to the district of Ccatca. Once there you’ll be able to experience a festival of fun which includes bullfights, games and a textile show. The fun is not restricted to locals with an abundance of tourists taking in the festivities every year. There is also plenty of singing and dancing involved as people sing their praises for Mother Earth set to traditional Peruvian music.