Moyobamba Travel Guide | How to Peru

Do you know about the small, beautiful city in Northern Peru, called Moyobamba? Often considered to be a hidden part of paradise in the elusive Amazon Rainforest, this is the perfect place to experience adventure, nature, culture and Amazonian cuisine. With a great diversity of flora, fauna and cultural expressions, Moyobamba is without a doubt the perfect place to kick-start your bucket list adventure in South America.

Click on a link below to see more information 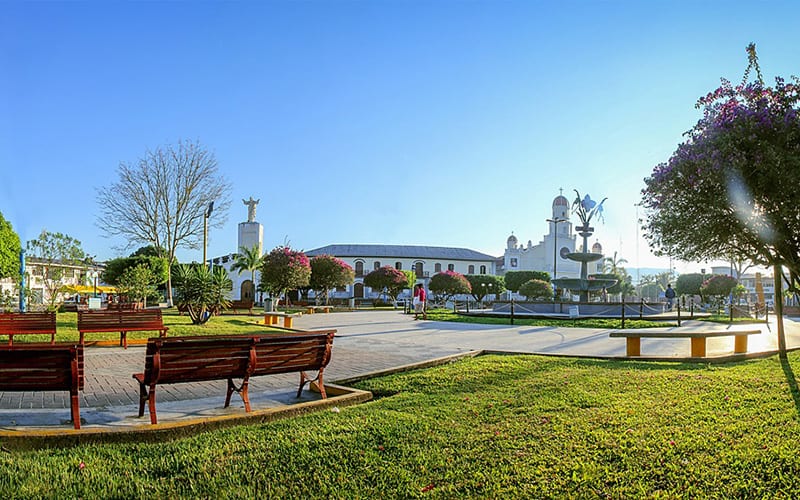 Capital of the San Martín region in Northern Peru Moyobamba is also known as “Ciudad de las Orquídeas” (City of the Orchids’) because of its wide variety of the flower. This lovely city, with a population of 80,324 people, is located at 860 meters above sea level.

The first colonies in the area were from the Chachapoyas’ culture, but Juan Pérez de Guevara established Moyobamba officially on 25 July 1540, giving it the name Santiago de Los Ocho Valles de Moyobamba.

Moyobamba was founded on top of an Inca settlement, and it was the first city in the Peruvian Amazon to be built by the Spanish. There were regular missions here dedicated to converting the native people to Christianity, and so it quickly became an important area for the religion, and later an important commercial center during the Spanish Colonial period.

Things to Do in Moyobamba 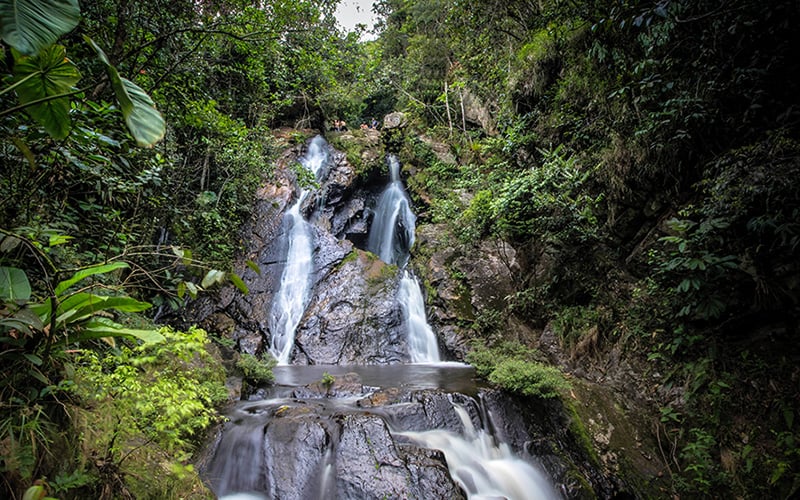 Festivals and Events in Moyobamba

This center of cultural expressions has many representative customs that are the pride of Moyobambinos. Among the main attractions there are:

Moyobamba; The City of Orchids

As you may have already realised, Moyobamba is the prime location for orchid lovers and green-fingered fans of exotic flora. With up to 3500 species of the plant worldwide, Moyobamba boasts a staggering 10% of the orchid species in the world. This exotic plant represents one of the main sources of tourism in the region and, with an orchid festival at the end of October, it’s easy to see why gardeners flock here. Two establishments are particularly popular for viewing the regional plant life: Jardín Botánico San Francisco (San Francisco Botanical Garden) and Waqanki Orchid Center. It is just S/. 3 entry for adults and S/. 1 for kids. 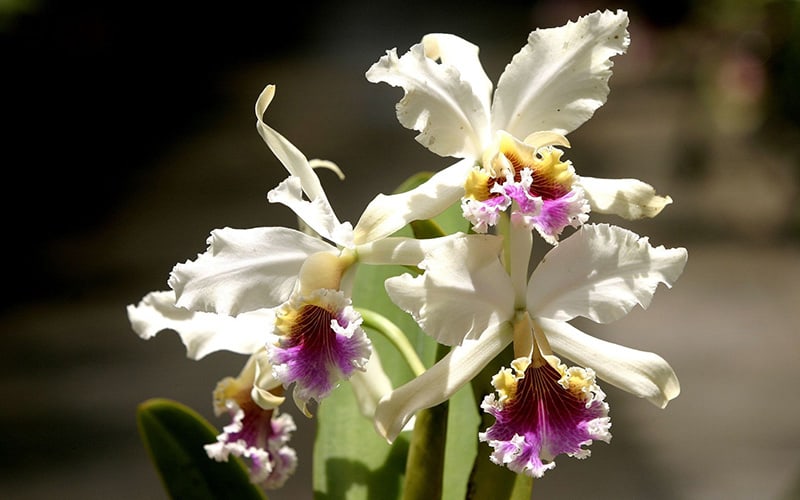 Moyobamba has a wonderful tropical climate, with rainy periods from January to April. San Martín is on the warm banks of the Huallaga River and temperatures peaks on the summit of the Cordillera Central, varying according to altitude. The maximum annual average temperature is 29º C and the minimum temperature is 18º C, wherever you are the weather is perfectly palatable.

Let yourself be captivated by the local food. No list of things to do in Moyobamba would be complete without including some of the local cuisines. The most famous dishes are:

If you are on the hunt for a nice place to eat local food, you’re in luck. Moyobamba has many interesting restaurants to visit. Check out our list: 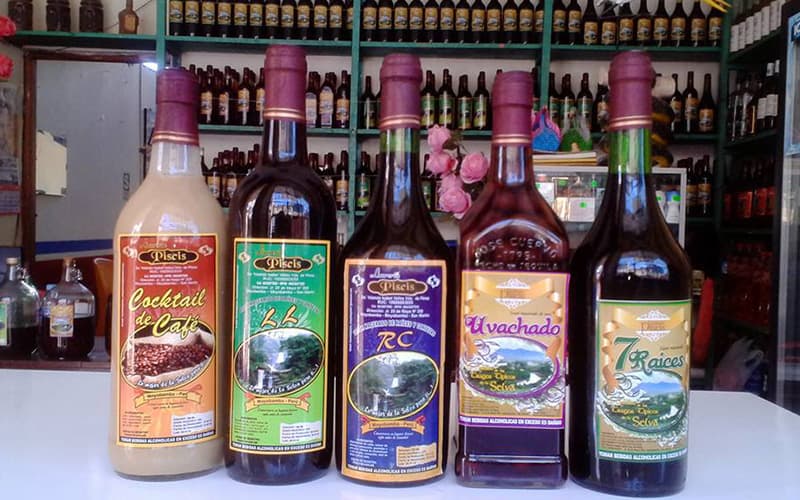 There are loads of different Amazonian liquors and spirits to be found in the jungle. Ask your bartender for one of these:

The boulevard of Moyobamba is a hotspot that you simply cannot miss! It’s a great place for a night out, whether you stay in the bars or you head out to the clubs. Real nightlife in Moyobamba begins from Thursday, so there’s plenty of weekend for you to enjoy. Here you’ll find popular bars like George de la Selva and El Caserón which are offering exotic drinks like Tres al hilo (local roots macerated in aguardiente). The two principal clubs are located on the boulevard, Boulevard 110 and Discoteca Malecón. The vibe within the clubs is always welcoming, fun and safe. When you leave the place be careful and make sure to get a mototaxi to your hotel, especially if you’re on your own.

Where to stay in Moyobamba?

There are many places to stay in the Orchids’ City, the only question would be: what kind of lodging are you looking for? Something modern or rustic? Take a look and see just what Moyobamba has to offer:

Travel to Moyobamba by air:

Take into account that Moyobamba does not have an airport. If you want to travel here by plane, your first stop will be Tarapoto. Tarapoto’s Guillermo del Castillo Paredes Airport has multiple daily flights to and from Lima (LATAM, Star Peru and Peruvian Airlines). Once you’ve landed in Tarapoto, take a colectivo taxi (special cars that transport people from Tarapoto to many different districts in the jungle) at the car station Autos Cajamarca, Turismo Tarapoto. It should cost S/. 20 each. It takes around two hours to get from Tarapoto to Moyobamba.

Travel to Moyobamba by bus:

There are many bus companies in Lima that go to Moyobamba.The major ones are Movil Tours and GH Bus. The route takes around 30 hours and it goes through the north coast of Peru, passing through Chimbote, Chiclayo and Bagua. The bus service includes lunch and breakfast. Tickets cost around S/. 130 to S/. 150, depending on the season. 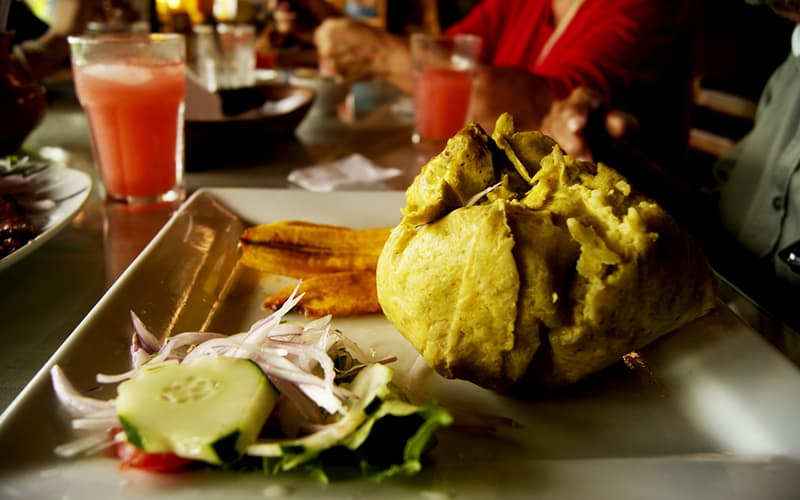 Moyobamba is a small city so most people use motorcycles to get around, even over long distances. However the most common means of transportation are the Mototaxis (a kind of motorbike equipped to carry passengers) this especially applies to travelers. The official price is 2 soles, but for longer distances you can expect to pay around 3-5 soles. Of course, if you want to get some exercise, you can walk to where you need to go.

Even though Moyobamba is considered one of the safest places in the jungle, never leave your stuff lying around as snatch theft can be a problem (as there is everywhere in Peru). Always make sure to take into account the safety conditions of where you intend to go when you’re planning a visit to a faraway place such as the waterfalls. It’s not recommended to go by yourself, try to ensure you travel in a group.

Well known for bringing the community together, these exotic dances showcase the traditions of the community and bring happiness to the Moyobambinos and is an important part of the culture here in Moyobamba.

Have you ever heard about the legends of the Jungle? Moyobamba has plenty of “jungle ghosts” creeping around the forest. Find below a quick guide to recognizing these beasts, what they will do if they catch you, and how to spot them from an ordinary person going about their business… 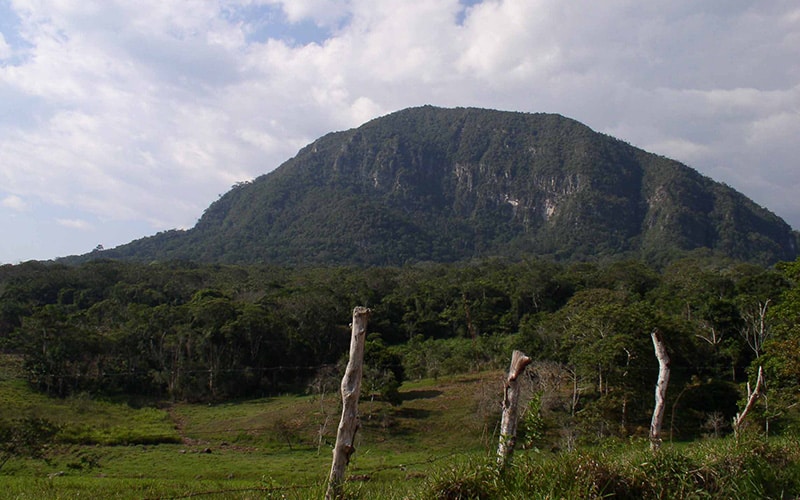 This traditional indigenous beverage, well-known not just for its medical properties but also for being an experience that cleanses your soul, your heart, and your mind (according to the people who have tried it). The exotic drink is made of local plants and roots that generate hallucinogenic effects. Ayahuasca is available at Tingana Ecological Reserve. Make sure to ask the guide during your tour of the place. It is only possible to consume the drink with a trained shaman, who will help to guide your experience.

A Few More Facts About Moyobamba

Don’t miss out on any of the plentiful things to do in this hidden slice of paradise! Not just for touristic places or food, Moyobamba is an unforgettable experience to share with your family or friends. Enjoy the tradition and folklore of the city, and really take the time to know the culture. The city of the orchids is shocking the world in all the right ways.