The Miguel Grau Museum in Piura, Peru | How to Peru 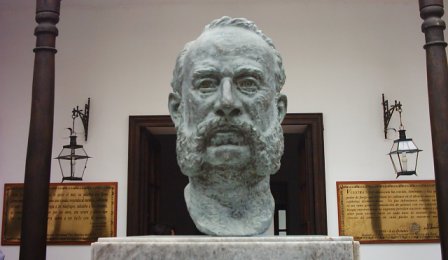 Calm and silent, the Casa Museo Gran Almirante Grau exudes an air of noble peacefulness, a far cry from barked commands and the blast of cannons. For Admiral Miguel Grau, Peru’s hero of the millennium, it was a place of childhood tranquillity, a family home of comfort and wealth.

Born on July 27, 1834 in Piura, Peru, the young Miguel Grau Seminario grew up in this colonial home before he took to the sea at the age of ten. After learning the ropes in the merchant navy, Grau moved to the military fleet and eventually took a command. The War of the Pacific gave him a hero’s death, making a legend of the man and a monument of his former home. 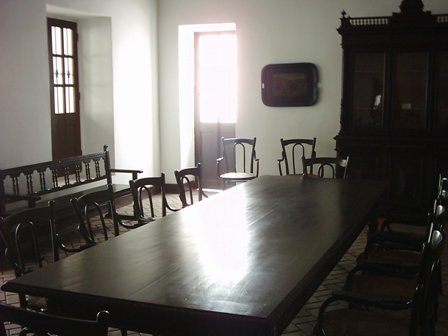 The Making of a Monument to Miguel Grau

In 1906, the Peruvian authorities placed a simple plaque in honour of Grau on the building’s street-facing wall. When the Piura earthquake of 1912 turned much of the city to rubble, the house was all but ruined.

The Peruvian government declared the building a Historical Monument in 1944, despite the general state of disrepair. Reconstruction work began almost twenty years later – after the building had been placed in the hands of the Naval Ministry.

By the end of 1946, the Naval Ministry had returned the Casa Grau to its former glory. The building was soon designated the Casa Museo Gran Almirante Grau and opened to the public as a museum and monument to the life of Peru’s greatest naval hero.

Admiral Grau and the Monitor Huascar 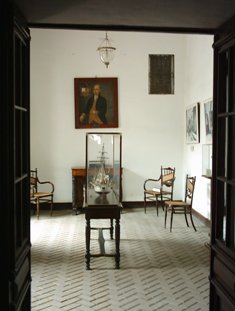 The museum is a mix of preservation, patriotism and personal artefacts. It is still very much a home, despite the long-dead residents. The elegant dining room is a ghostly space of polished wood, the former diners now portraits hanging from the whitewashed walls.

Artefacts include buckles, belts, guns and medals once owned by the honourable Grau, carefully laid in glass cabinets. You will also find a scale model of the monitor Huascar, the small ship in which Grau hassled and harried the far stronger Chilean fleet.

As great an icon as the man himself, the real Huascar currently floats on Chilean waters, a consistently controversial prize of war.

While the Peruvian public may clamour for its return, the naval recruits on duty in Piura, and in the museum itself, tend not to agree: “They won it fair and square; the winners take the spoils.”

The Miguel Grau Museum, known locally as the Casa Grau, is located on Tacna 662, not far from Piura’s Plaza de Armas.

There is no admission fee, but it is customary to sign the guest book and leave a donation at the end of your visit. 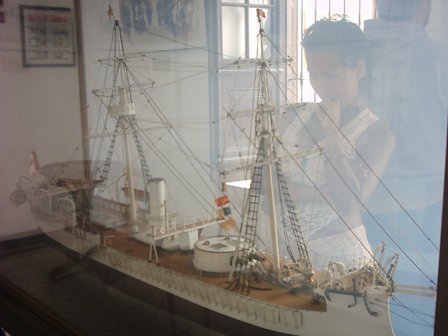 Scale model of the monitor Huascar

2 comments for “The Miguel Grau Museum in Piura, Peru”