The Inca Ruins of Moray | How to Peru

The Inca Ruins of Moray

Located on a high plateau sits the Inca ruins known as Moray. This hidden archaeological site is located northwest of Cusco, Peru, and is the home of several terraced circular depressions. Many people debate the purpose of Moray. The most widely agreed theory is they used to serve as ‘agricultural research station’ back in the time of the Inca. 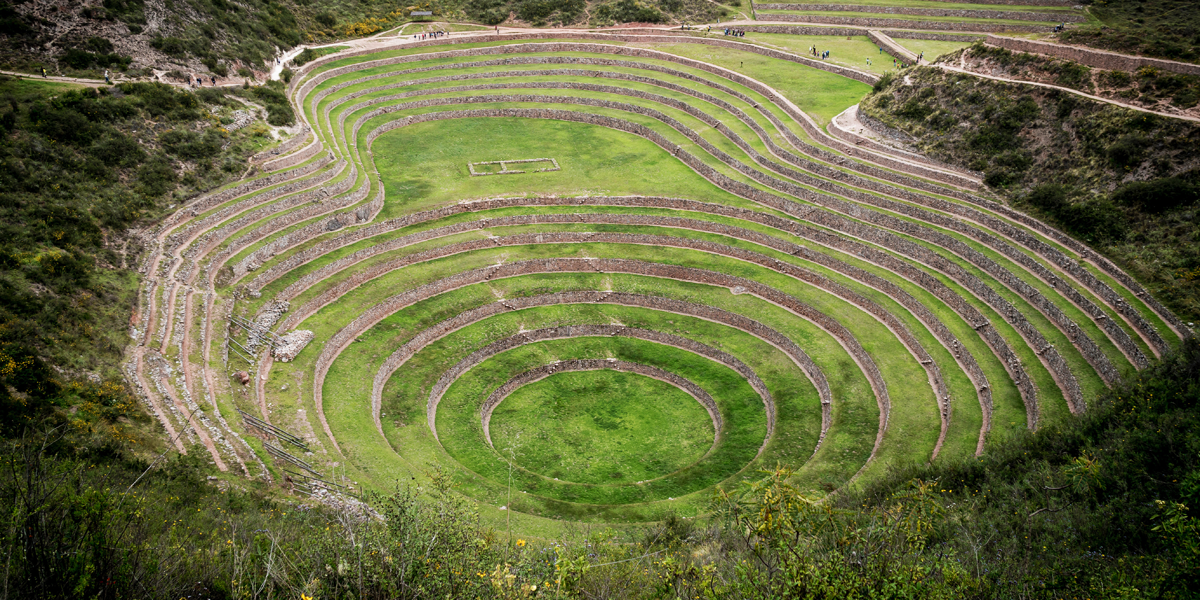 About the Ruins of Moray

As one of the most visually stunning ruins of the Inca civilization, Moray, with its bowl-like structure, strongly resembles a Greek amphitheater. The concentric ruin terraces even come equipped with staircases. These stairs enable people to walk from the top to the bottom of the bowl.

Even though the design of Moray has different levels, a vast difference in temperature is created on each of the individual levels. This temperature difference is as much as 15°C (27°F) between the top layer and the bottom. This was all due to their depth, design, and orientation with respect to wind and sun. The effects created by Moray’s terraced levels are similar to that of a greenhouse and thus helped to promote plant growth.

The soil used in the construction of Moray was first imported from different regions and then used for each of the different large circular terraces. Another marvel of the site of Moray is how the lowest levels drained perfectly and never flooded. Some people believe there are underground channels allowing water to drain.

It should come as no surprise that 60% of the world’s food crops originated in the Andes. Moray was a testbed for thousands of vegetable varieties. Many believe they were testing to see what were the best crops to grow for their region.

Cusco, Peru is home to a number of popular and historic attractions. Tourist from all over the world come to see the remains of numerous Inca ruins. Temples, fortresses, walls, and aqueducts all built by the Inca remain and are visual reminders of their technological advances and impact on humanity.

When traveling to locations at such high elevations, it is wise to make sure that you have properly acclimatized to the altitude before voyaging off and embarking on any adventurous activities. The best way to acclimatize is by spending at least 24 hours resting before starting any rigerous activities like hiking for every 2000 feet that you have ascended. Now, this may not work for everybody’s schedule and there are other faster ways to prepare your body.

If coming into Cusco from other areas of Peru, taking a bus is the most ideal way because it allows you to gradually ascend, versus flying in. A great way to get around and see Peruvian cities is by using the company Peru Hop, who offers transportation.

If you are interested in taking a tour of Moray, often it’s included as part of a Sacred Valley of The Inca tour. Normally the tours include going to both the Inca ruins of Moray and Maras, a town in the valley that is well known for its salt evaporation ponds. 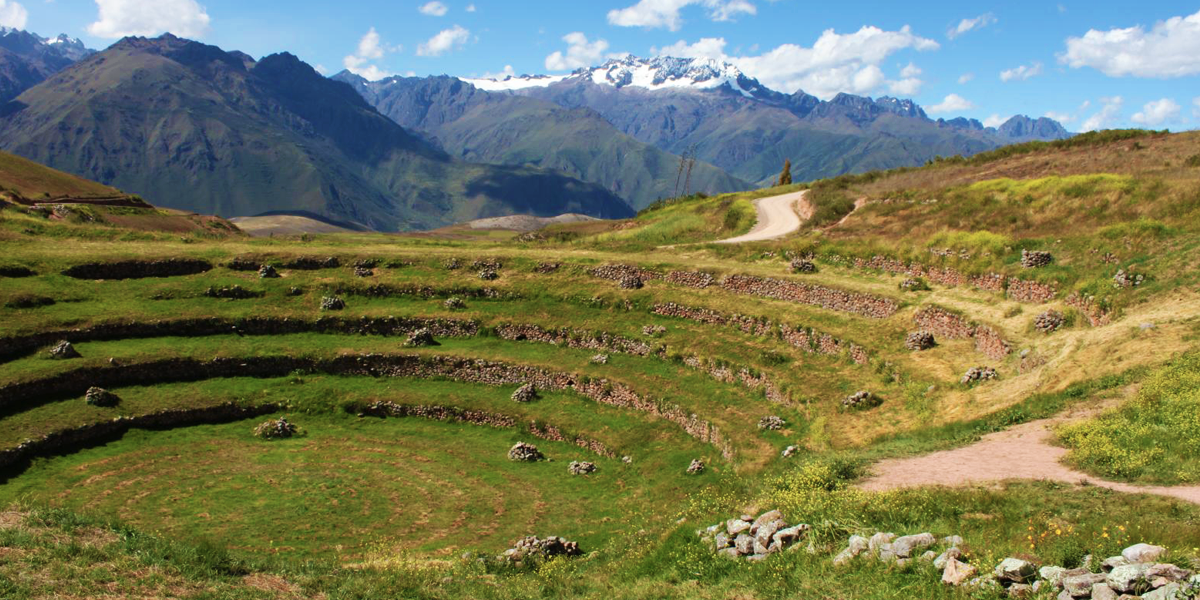 There are a number of tour operators that can get you to Moray. Along the way, as you explore, you’ll discover the hidden beauty of the Sacred Valley of the Inca. Tour operators like, Haku Travel, Kantu Peru Tours, and Adventure On Wheels, are all recommended operators that have some great offers and package deals. Some of those deals include a few different types of tours of the sites Maras and Moray.

One of the tours offered is a 6 hour tour with bilingual tour guides. During the tour, you will learn about the Inca culture, the beauty of Peruvian nature, and the wonder of the salt mines of Maras. The tour starts by picking you up from your hotel driving to a craft market in Chinhero. From there, up to the salt mines of Maras, and lastly the ruins of Moray before returning to your hotel.

The second tour offered by Haku Travel is a ATV quad biking tour which lasts for 5 hours. You’ll start your tour by taking private transportation to Cruzpata, which lies in the heart of the Sacred Valley. From there you will receive a bit of ATV quad riding training. Once that is complete you are off the terraces of Moray and then towards the salt mines of Maras.

Just like Haku Travel, Kantu Peru Tours also offers a 5 hour tour to both the ruins of Moray and the salt mines of Maras. You will be picked up from your hotel and transported through the mountains to Moray. After some time there you will then start heading to the town of Maras where you’ll see over 2,000 salt pits.

In addition to Haku Travel offering ATV tours, Adventure On Wheels offers a similar ATV tour. After being picked up from your hotel, you’re taken to Cruzpata to practice your ATV riding skills. Once you’re comfortable riding, you will start heading towards the ruins of Moray and then, afterward, the salt mines of Maras to explore.

The Inca ruins of Moray are one of the many tourist attractions that attract thousands of visitors each year. A complete tour of the Sacred Valley of the Inca which includes both Maras and Moray is a popular option picked by travelers. There are some other attractions though nearby in Cusco, Peru to kind in mind. 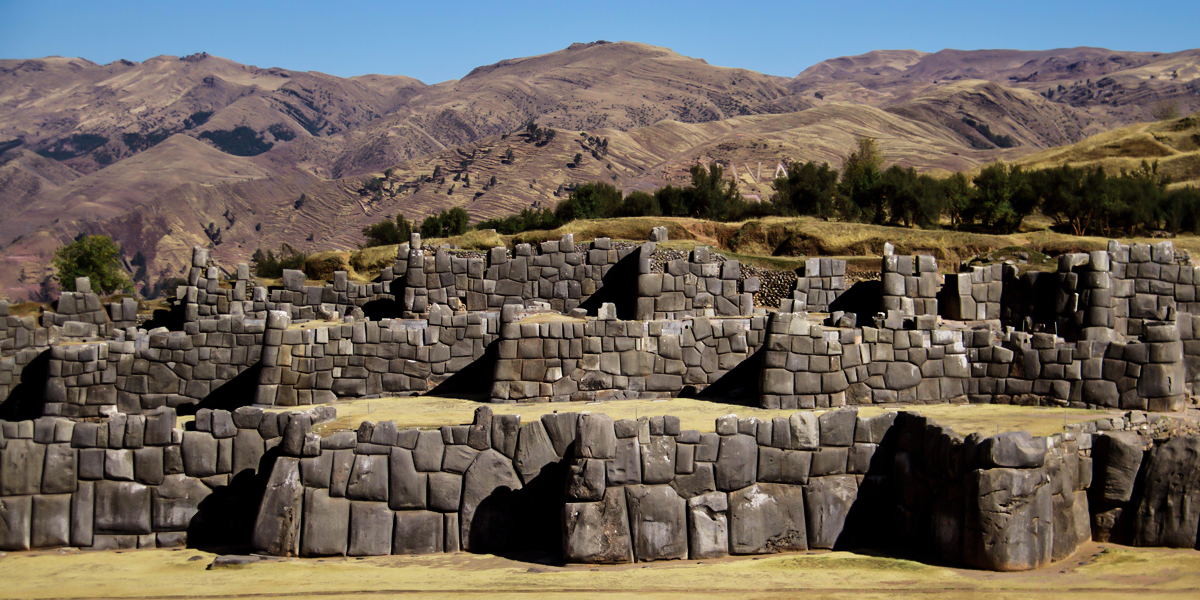 Saqsaywaman is a citadel located on the northern outskirts of the city of Cusco, Peru, the historic capital of the Inca Empire. In 1983 Cusco and Sacsayhuamán were both added to the UNESCO World Heritage List for recognition and protection.

The Inca trail is a hiking trail in Peru that ends at Machu Picchu. It’s made from three overlapping trails that pass through several types of Andean environments including cloud forest and alpine tundra.

Machu Picchu serves as the most familiar icon of the Inca civilization. It is believed to have been built as an estate for the Inca Emperor Pachacuti. The estimated 750 people that lived there, remained there for 80 years before abandoning the site.

Also called “Coricancha”, Qorikancha was the most important temple in the Incan Empire. Serving as the location of the Temple of the Sun, this place held high significance to the Inca. Five other temples can be found around the main square courtyard of Coricancha.

There is more than enough to discover of the world of the Inca, and the agricultural site of Moray you can still appreciate now, not just for it’s historical value, but for the way that it helped to develop Peruvian food. If you’re going to be visiting the Sacred Valley then don’t miss out this great spot! Whether you prefer to explore on the back of a quad bike, or the more traditional hike, this is the spot for you.