The Ecuador imaginary line – What do you know about it? | How to Peru

The Ecuador imaginary line – What do you know about it?

The imaginary line, responsible to divide the earth globe in two hemispheres, the Ecuador line owns more than 40 thousand kilometers around all earth´s circunpherence.The Ecuador line establishment allows the division of the Earth in: South Hemisphere, also known austral and northern hemisphere also known as boreal. This division is important for the geographic studies, even proportionate a reference to a localization of somewhere by latitude (having as reference the Ecuador line) and longitude (obtained throught Greenwich meridian).

The distance of any point of the Earth surface in relation of Ecuador line is called latitude, being established in grades. The Ecuador line is the initial point, represented as 0°. From the 0°, we have the northern latitude (N) and Southern Latitude (S) which measures until 90°. 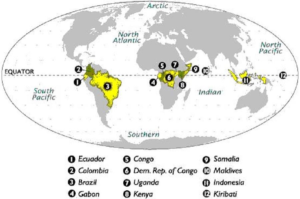 The Ecuador line passes for many countries:

In Brazil, this imaginary line is present in the states of Pará, Roraima, Amazonas and Amapá. The Amapá capital, Macapá, is the only capital cut by the Ecuador line.

For this fantastic experience, you must stay in hotels in Quito and have a walk to see the best things to do there:

The best things to do in Quito

The famous mitad del mundo is where the many visitors go every year – is localized in Quito, 13km of the capital. There is a great monument which marks the divison of our planet in two hemispheres. Most of the visitors take the peculiar photo: one feet in north and the other in south. A curious kind of educative trip, with a small exposition in “France Pavillion” which explains what was the French Geodesical Mission, in search to find the Earth´s correct shape, in 1736. 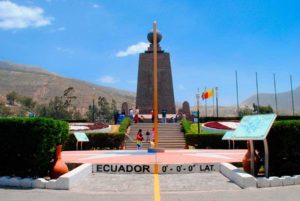 The ride up the Quito cable car starts at 2,950 meters, it takes ten minutes and gets to 4.053m, traveling a distance of 2.5 meters. You arrive in the Cruz Loma Viewer, the highest viewer in the city. 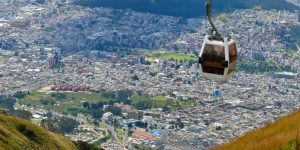 The Maquipucuna´s Ecological Reserve extends over an area of ​​6,000 hectares at the foot of the Pichincha volcano and is part of the Tumbes-Chocó-Magdalena biological corridor, considered by several NGOs as one of the 5 hotspots with the highest concentration of biodiversity in the world. It takes just 45 minutes from Quito and is the natural habitat of the Tremarctos ornatus, the bear with glasses, the the only species of endemic bear in South America.

Cotopaxi is an active volcano, high and snowy, with 5.897m of altitude. It takes 75km from Quito, in the Cotopaxi National Park. It´s the second highest volcano in Ecuador: you´re need to contract a tour guide in Quito to do it – This is because it is dangerous and you will need a 4 × 4 vehicle to be taken to the parking lot that is 4,500m high. The ascent to the base at 4,800m altitude is considered lightweight for mountaineers. In winter the temperature in the place can reach 10 ° negative, so if you are going to venture there, it is important that you have clothes and special equipment. 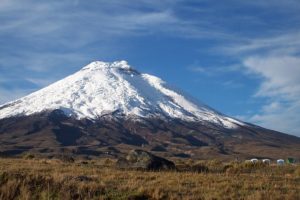 The Hurb values what is most important: You. Find great hotels in Ecuador and live more histories.