The Dangerous World of Peruvian Motokar Cross | How to Peru

Take a Peruvian motokar, also known as a mototaxi, and make it go fast. Find a stouthearted friend and convince him to hang off the back.  Then invite other similarly minded motor racing fans to compete against you on a muddy track in front of a chaotic and unregulated crowd.

Do all that and you end up with Motokar Cross, a slightly crazy style of racing that’s particularly popular in the jungle regions of Peru.

But I can certainly see the attraction….

The photos and video you can see here are from a race meeting I went to in Tarapoto. These drivers had come from across the Peruvian jungle, from Motokar Cross hotspots like Moyobamba, Yurimaguas, Pucallpa and Iquitos.

Back home in the UK, an event like this would have been shut down within an hour, banned forever and thoroughly frowned upon.

In Peru, however, things tend to be a little more… casual. The spectators were allowed to stand wherever they liked and could freely walk across the track even during a race. The valiant drivers, meanwhile, seemed to be flirting with severe injury or death at almost every corner.

And as you can probably imagine, it’s great entertainment.

So if you get the chance to see a Motorkar Cross event in Peru, go for it. You might find it chaotic, you might fear for the lives of competitors and fans, and you might well end up knee deep in mud, drunk, and slightly bemused by it all.

But you’ll certainly have a memorable day…. 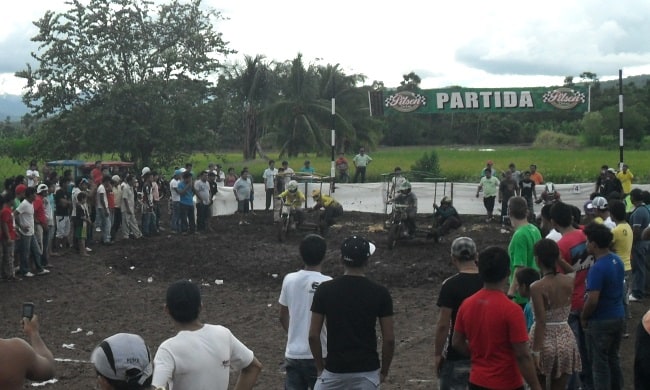 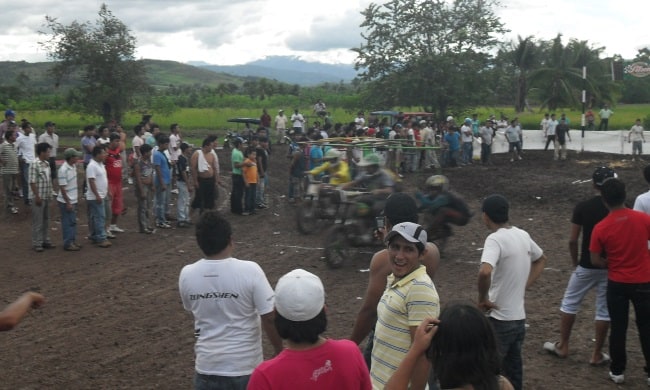 At the start of lap two, things are still close…. (photo © Tony Dunnell) 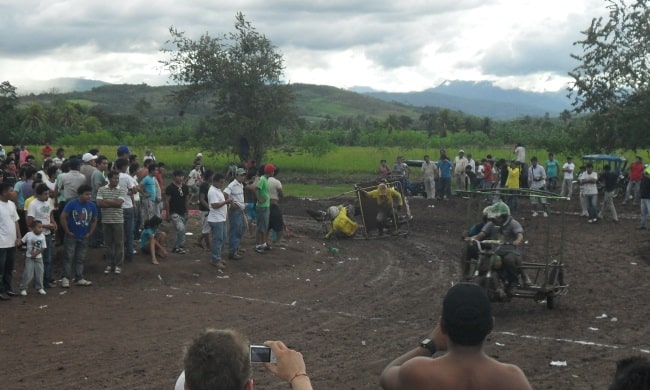 But coming round to start lap three, the muddy corner takes down one motokar (photo © Tony Dunnell) 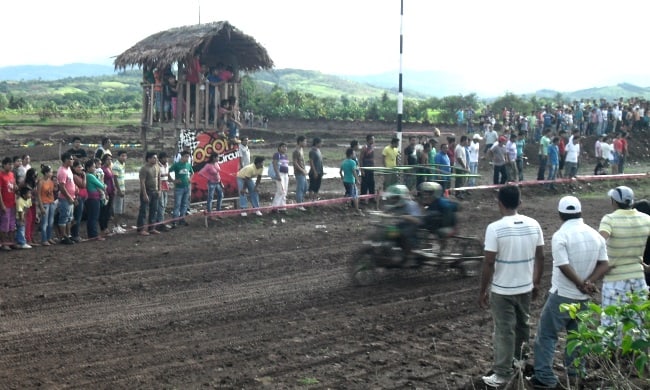 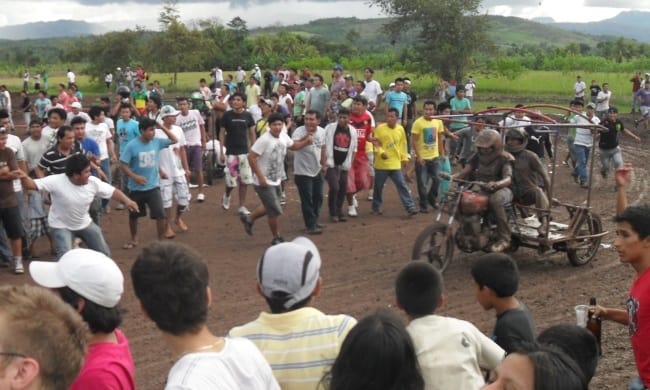 Race Two, and the passionate spectators are getting a little too close to the action (photo © Tony Dunnell) 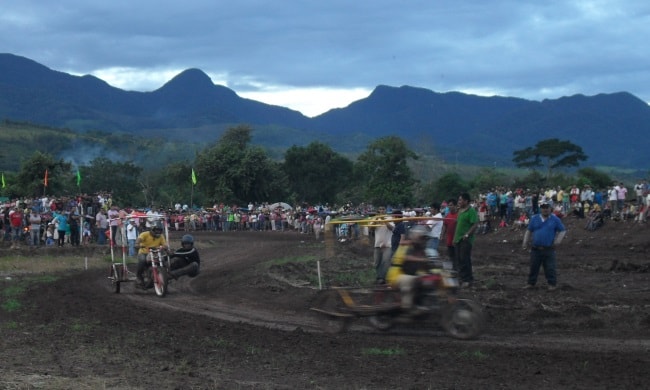 After a long day of motokar racing, these two ended up in the mud — somehow unhurt (photo © Tony Dunnell)

And here’s the video — the quality is shameful, I’m sorry….!

2 comments for “The Dangerous World of Peruvian Motokar Cross”