The New Nazca Lines: Here is everything you need to know about the new Nazca Lines discovered in Peru last week.

The discovery of the new Nazca lines add to the understanding of an already world-famous and iconic ancient archaeological site. Most people are familiar with the Nazca lines, a series of massive etchings found in the deserts of southern Peru. These designs have perplexed and fascinated researchers since their discovery in the 1930s after the advent of aviation. Their inability to be seen at ground level has led many people to speculate about their purpose, and interesting theories of extraterrestrials or ancient aircraft abound. 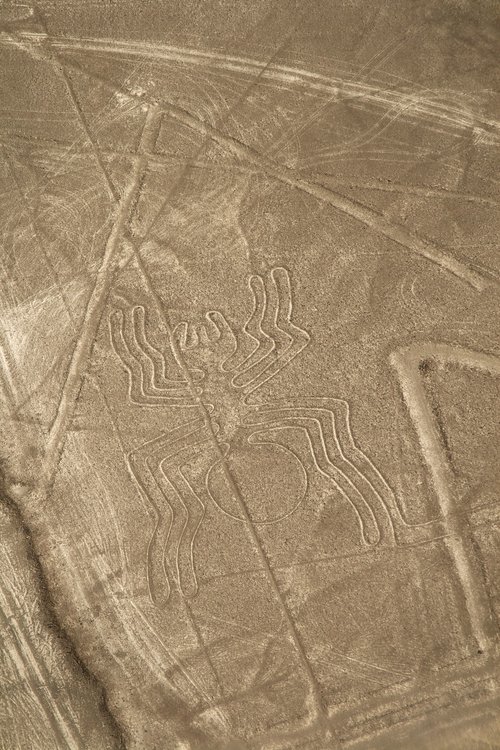 Last week, researchers announced the discovery of the new Nazca lines during a drone survey of the area. A total of 50 new lines were discovered in the province of Palpa, which is adjacent to the province of Nazca. The Nazca lines along with the designs found on the hillsides in nearby Palpa are often considered some of the most mysterious, ancient artifacts in the world, with historians and archaeologists still not fully understanding their purpose. The lines are formed by overturning red pebbles at the desert surface, revealing the gray ground underneath and causing the designs to stand out against their backdrop.

The discovery of the new designs came about as the indirect result of a stunt by the environmentalist group Greenpeace back in 2014. During the UN’s climate summit being held in Lima, activists rolled out a banner next to the iconic hummingbird geoglyph at Nazca, irreparably damaging the site in the process. A team of archaeologists was subsequently given a grant by the United States government to repair the site and assess the damage.

This team of experts included Sarah Parcak, the director of the Laboratory for Global Observation at the University of Alabama at Birmingham and a specialist in applying remote sensing techniques to archaeological sites. One such technique involves the use of drones to create high-definition images of locations. The low altitude of the drones coupled with the ability to apply computer technology to the images allows researchers to see details which were previously undetectable from satellites or airplanes due to the shallowness of the etchings and the effects of erosion. The result is a whopping 50 new designs discovered hiding in plain sight.

Of course, when we say that they are “new” designs, we actually mean that they are old–very old, in fact. The bulk of the designs in the region are believed to have been created by the eponymous Nazca culture, which existed from 200 to 700 CE. However, researchers believe that some of these newly discovered lines at Palpa were actually created by the earlier Paracas and Topará cultures before they were displaced by the more warlike Nazca. That’s what’s so excited about these recent findings. As Peruvian Ministry of Culture archaeologist Johny Isla told National Geographic, “this means that it is a tradition of over a thousand years that precedes the famous geoglyphs of the Nasca culture, which opens the door to new hypotheses about its function and meaning.” 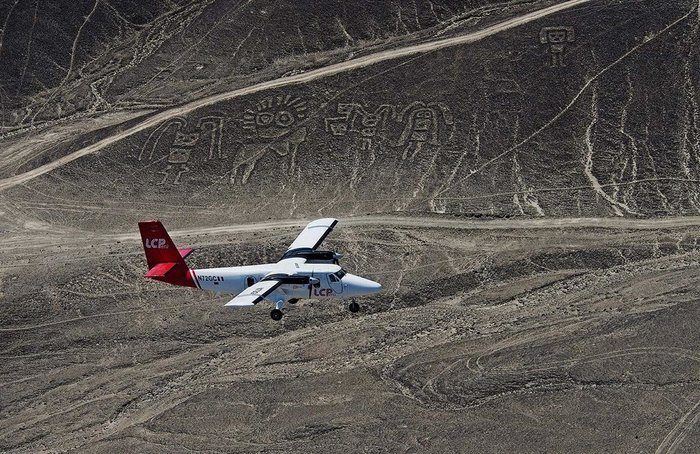 The lines found at Palpa, including these 50 new designs, also tend to have different subject matter than the animals and geometric shapes found at Nazca. These lesser known etches

depict figures that are unmistakably human. “Most of these figures are warriors,” according to Luis Jaime Castillo Butters, Peruvian archaeologist and co-discover of the new geoglyphs. Previously unearthed designs nearby also include the famous Familia Real de Paracas (royal family of Paracas) showing eight human figures together on a hillside.

Since Palpa is technically a different site altogether which is located a few kilometers away from Nazca, most flyover tours of the Nazca lines will skip the site. However, it’s usually possible to negotiate with the pilot of your plane and pay a few extra dollars to see the more obscure Palpa lines, including a few of the newly discovered designs which have already been restored by archaeologists to be visible from the air. This side excursion is only available at the discretion of the pilot and not as a part of any packaged tour, so the best thing to do is to book your Nazca lines flight ahead of time with findlocaltrips.com and talk to the pilot once you’ve arrived in Nazca.

The Nazca lines are one of the most famous places in Peru, second perhaps to Machu Picchu as a symbol of the country. Any trip to Peru would be incomplete without a stop to see this enigmatic attraction–a world wonder which is, incredibly, still being unearthed (as we’ve learned this week). Don’t hesitate to book a trip now to see the Nazca lines and the many other amazing attractions that Peru has to offer.