Machu Picchu Before and After the Bingham Excavation | How to Peru

Machu Picchu Before and After the Bingham Excavation 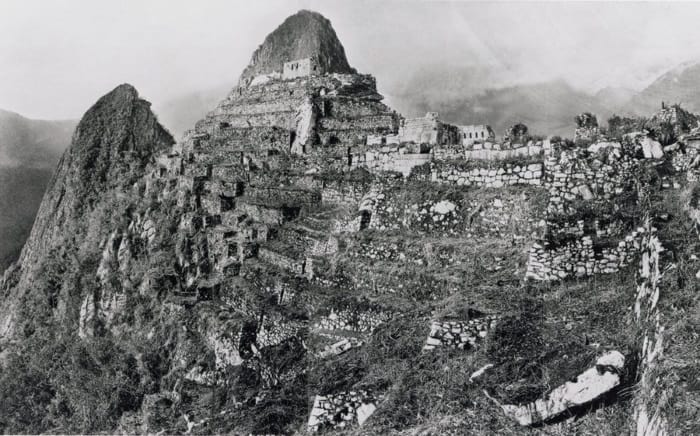 When Hiram Bingham first arrived at Machu Picchu on July 24, 1911, he knew he had found something special. The site had been almost entirely reclaimed by the jungle, but Bingham and his colleagues could still see glimpses of fine stone work among the dense vegetation, and occasional small clearings revealed temples of obvious importance.

In an article originally published in the April 1913 edition of National Geographic, Bingham wrote of his first impressions:

“The superior character of the stone work, the presence of these splendid edifices, and of what appeared to be an unusually large number of finely constructed stone dwellings, led me to believe that Machu Picchu might prove to be the largest and most important ruin discovered in South America since the days of the Spanish conquest.”

But in order to get a true picture of the scale and importance of Machu Picchu, Bingham’s team would first have to begin clearing the site. “I asked Mr. H. L. Tucker, the engineer of the 1911 Expedition, and Mr. Paul Baxter Lanius, the assistant, to go to Machu Picchu and spend three weeks there in an effort to partially clear the ruins and make such a map as was possible in the time at their disposal.” And so began the excavation of Machu Picchu and its “scientific rediscovery.”

The Challenge of Clearing Machu Picchu

Bingham and his team spent an initial four months clearing Machu Picchu of vegetation, ably assisted by the invaluable Lieutenant Tomas Sotomayor of the Peruvian army, who “took personal charge of the gang of Indians engaged in clearing the jungle and drying and burning the rubbish.”

One particular issue irked Bingham in the same way that it irritates today’s guardians of Machu Picchu: graffiti. According to Bingham, one workman had to spend two days “erasing from the beautiful granite walls the crude charcoal autographs of visiting Peruvians, one of whom had taken the pains to scrawl in huge letters his name in thirty-three places in the principal and most attractive buildings.” Bingham avoids mentioning whether these “visiting Peruvians” had arrived at Machu Picchu before or after his own arrival.

Erasing the graffiti was of far lesser concern than the ever-encroaching vines and trees of the jungle, the clearing of which would be a complicated process:

“Although the buildings are extremely well built, there is no cement or mortar in the masonry, and there is no means of preventing the roots of forest trees from penetrating the walls and eventually tearing them all down. In several cases we found gigantic trees perched on the very tips of the gable ends of small and beautifully constructed houses. It was not the least difficult part of our work to cut down and get such trees out of the way without seriously damaging the house walls.”

Despite these challenges, Bingham’s men made a thorough – and thoroughly impressive – initial clearance and excavation of Machu Picchu. By the end of the Peruvian Expedition of 1912, major clearing work had revealed an archaeological site of huge proportions, and Bingham was able to take a photo of Machu Picchu that doesn’t look too different to the site we see today — just without all the tourists (see image below).

Upon his return to Machu Picchu in 1915, however, Bingham was confronted by a disheartening sight: the jungle had once again reclaimed the Inca citadel. “[I] nearly wept to see how it had gone back to jungle and brush. Only one group of buildings clear — and that occupied by six pigs! Our lovely camp site now occupied by a hut and dirt, squalor, and filth. Very little of the ruins visible. Alas, Alack-a-day!”

Photos of Machu Picchu Then and Now

Below you can see two photos of Machu Picchu taken by Hiram Bingham during his first visit to the site in 1911 and his second in 1912. To give you an idea of how the site has changed over the last century or so, I’ve tried to match them up with photos I took of Machu Picchu in 2015.

If this has peaked your interest, and you intend to make plans for a trip to this epic historical site we suggest you check out FindLocalTrips.com a tour comparison website with heaps of info and all the different options for taking that trip of a lifetime. 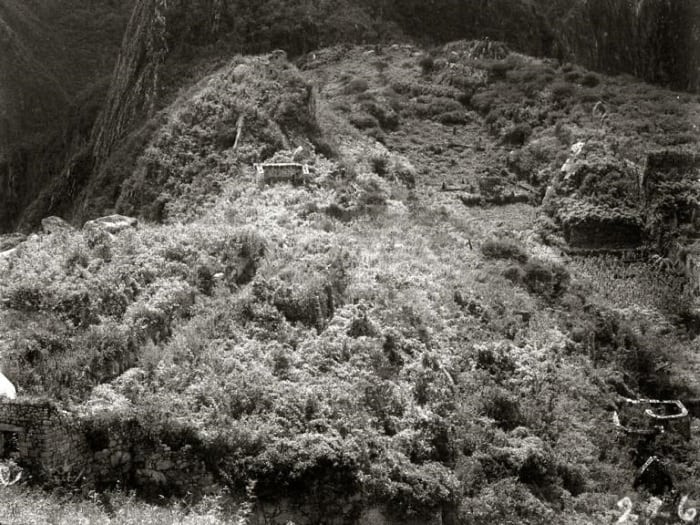 Believe it or not, this is Machu Picchu. This is how it looked when Hiram Bingham rediscovered the site in 1911. 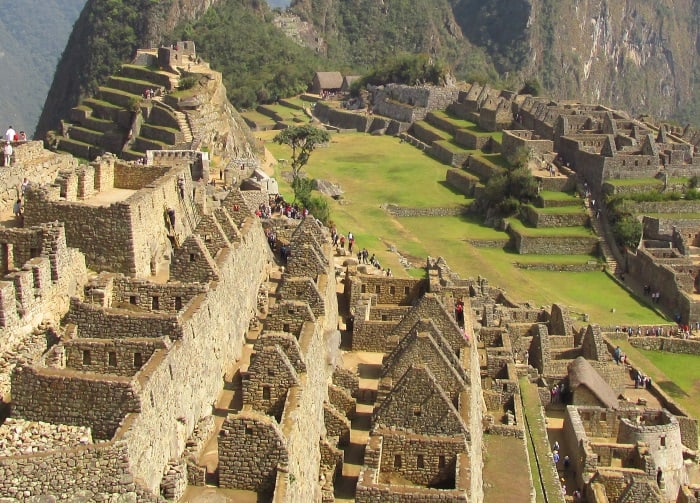 And this is Machu Picchu seen from roughly the same angle in 2015, cleared of vegetation and reconstructed.

This side-by-side comparison should make things clearer. I’ve circled a couple of features to help you get your bearings. 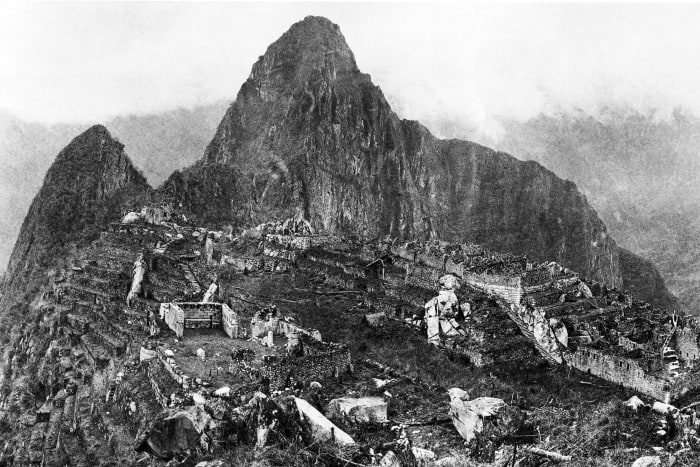 Hiram Bingham took this photo on his return to Machu Picchu in 1912. As you can see, an extensive clearing and excavation project had revealed much more of the site. 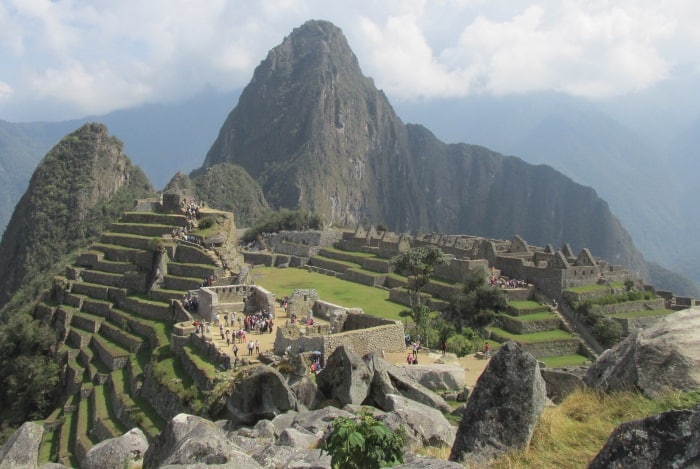 I took this photo of Machu Picchu in 2015. It matches up pretty well with Bingham’s 1912 photograph.

3 comments for “Machu Picchu Before and After the Bingham Excavation”