Lima Airport: An Overview | How to Peru

Jorge Chávez International Airport, Lima, is one the busiest and most modern airports in South America. Since 2001, there has been major reconstruction work, and consequently Lima Airport has received many awards, including “Best Airport in South America”.

Despite only containing one terminal and thus being relatively small in size when comparing it to other international airports, Lima’s airport is a major transport hub. Each year, it receives between 16 and 18 million national and international passengers.

Lima Airport is situated in the district of Callao, which is 10km from the city centre, and over 17km from the touristic neighbourhoods of the city, which is where most visitors choose to stay throughout their trip.

The journey time can be anything from 40 minutes to 2 hours, depending on whether you travel during peak hours or not. The traffic around the airport gets very congested, so be prepared to experience delays in the arrival time to your destination.

On the plane, you’ll receive a Customs Declaration Form to complete before you pass through customs. Here you should declare any restricted goods you might be bringing in.

The first stop you will make after landing at Lima Airport is Migration Control. Make sure you request the amount of time you’d like to stay in Peru, the maximum being 183 days. This is stamped on your passport. 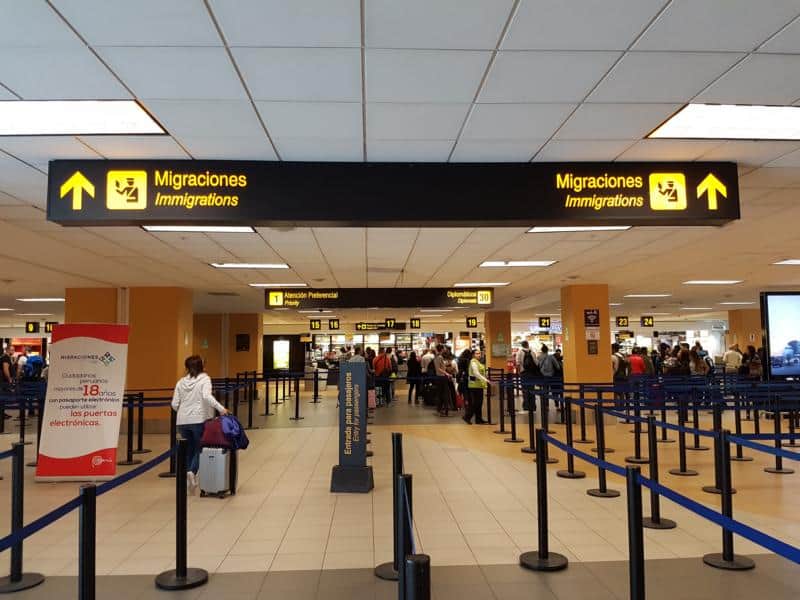 Like any airport, you will need to go to the check-in counters first. They are located centrally. After your check-in you can continue on to the departure gates on the second floor.

If you have problems with a document or have overstayed your visa, be aware that you’ll be delayed at security and customs. Arrive extra early to sort out these problems. Overstaying your visa will cost you $1 for each day that you have overstayed in Peru.

Facilities Before Security (open to the public): 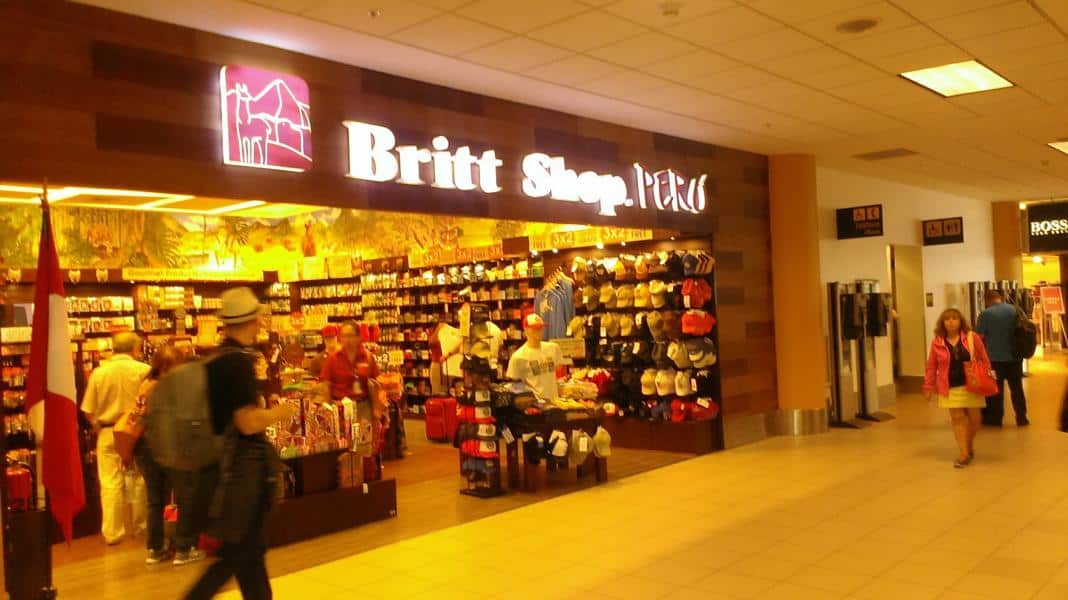 4. Transport Between The Airport and Lima City

It can take anything from 40 minutes to 2 hours, so allow extra time when planning your journey in case of delays.

Recently launched, it links the main touristic neighborhood of Miraflores and the business district San Isidro to the airport, stopping at 12 spots within Miraflores and San Isidro. Over 150 hotels and hostels are within walking distance to these stops, so you can be sure of a safe and hassle-free trip.

Their on-bus facilities include TVs, USB charging ports, and free Wi-Fi. There’s a toilet, leather seats and no baggage limit, making for a comfortable and easy journey.

This service departs from Lima’s Airport over 60 times per day, and you can buy your ticket inside the terminal or online. If you’re looking to buy on arrival, just go to the Airport Express Lima desks, one located next to the international arrivals area, and the other in the domestic arrivals baggage zone. The price is reasonable at $8 one way and $15 for a return.

There are many taxi desks found inside the airport, making it a very convenient – but expensive – option. The prices here are fixed, so you won’t be able to negotiate with the driver – it’s roughly $20 to Miraflores or San Isidro. These are all registered taxis, and it is recommended to take one from here rather than heading outside of the airport, where the unregistered taxi drivers are waiting.

It’s not uncommon for people taking unofficial taxis to be victims of theft, so while it may be cheaper as the prices are negotiable, it’s not worth the risk. It’s also strongly unadvisable to leave the airport grounds in search of a taxi, especially at night.

The authorised taxi companies which run from Lima airport are: Taxi365, Taxi Directo and Taxi Green.

It’s advisable not to take just any taxi off the street, as many taxis aren’t registered. Stay safe and ask your hostel or hotel to call an official taxi for you. The price will be around S/50 (about $15) if you choose this option. On the street prices drop to S/35-40. 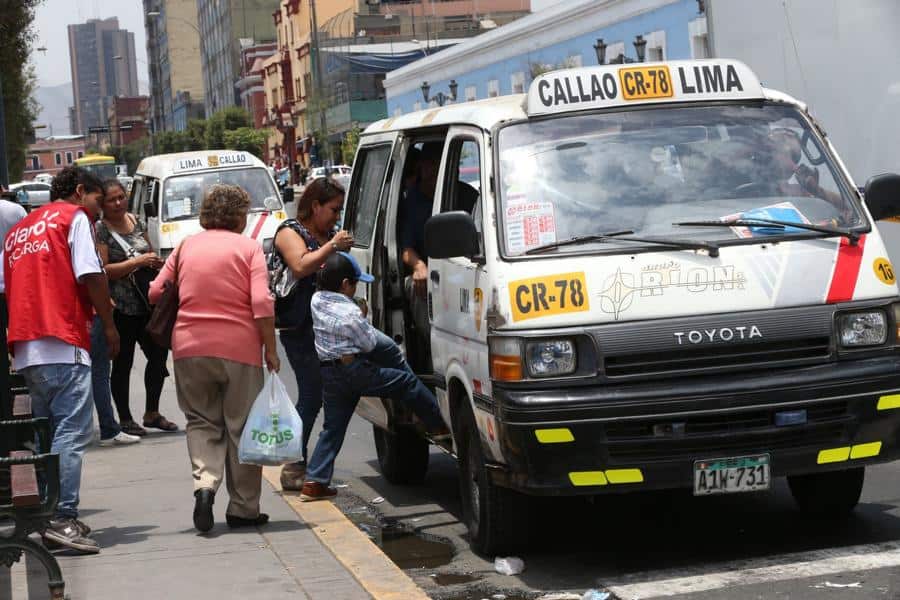 Bare the following in mind:

Private airport transfer companies, such as Peruvian Shuttle and Lima Transfers Co. charge around $30 for a car. This price normally increases with more passengers. Ask your hostel or hotel to help you book.

At the domestic and international arrivals zones, you’ll find various companies. Ask around and find the best price, the minimum being around $100 per week.

If you’re considering this option, be aware that the roads in Lima (and the rest of Peru) aren’t always well-maintained, which can result in damage to the vehicle. The drivers in Lima have a bad reputation and this creates chaotic conditions.