Huchuy Qosqo – The Hidden Gem in the Heart of the Andes! | How to Peru

Huchuy Qosqo – The Hidden Gem in the Heart of the Andes!

Meet Huchuy Qosqo, Cusco’s hidden treasure and a great off-the-beaten-track destination for travelers. Keep reading to find out everything you need to know about the Incan ruins of Huchuy Qosqo and the hiking trail to visit this majestic site. 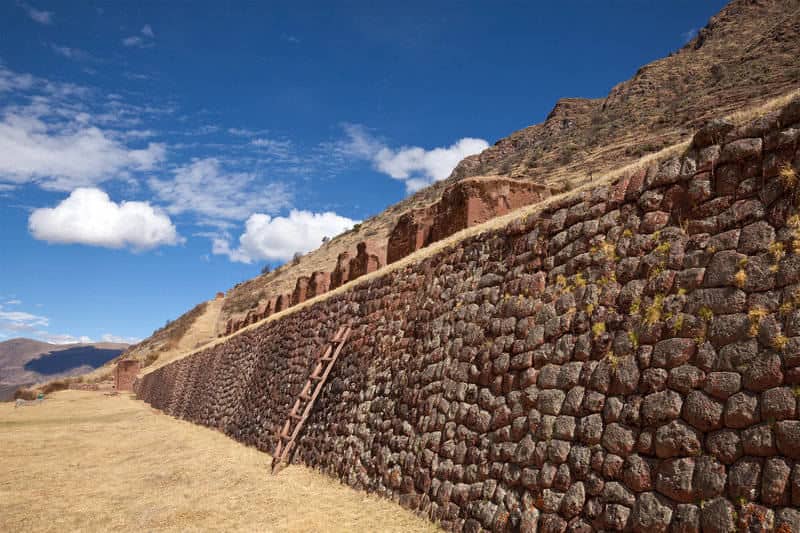 As the crowds queuing at the Machu Picchu gates continue to grow every single day, do you ever think to yourself, is there another equally beautiful royal Inca estate that I could visit outside of Cusco? The answer is of course there is! Enter stage left; Huchuy Qosqo. The relatively unheard of holiday home to the eight Inca emperor Viracocha has been left relatively undiscovered in a touristic sense, and is a fantastic 1-day or 2-day trip from Cusco.

Dating back to the 1400s, the estate is full of incredible ancient buildings that put Inca engineering and intuitivity in the spotlight, much like the world-famous Machu Picchu. Today the site is open to travelers through tour agencies although it is significantly less known than many of the tours offered in Cusco. This means adventurers visiting the ancient site often have the Why not take a look through our answers to the most frequently asked questions about Huchuy Qosqo and decide for yourself!

What is Huchuy Qosqo?

Huchuy Qosqo is an Inca archaeological site in Peru, in the north of the Cusco region. In Quechua, Huchuy Qosqo means little Cusco, a name that was given in the 20th century by the local people of the area. It is believed that the citadel was originally built as an estate for the Inca Emperor Viracocha in 1420.

Where is Huchuy Qosqo?

Huchuy Qosqo is located in the north of the Cusco region in the Andes Mountain range. The royal estate is located above the Sacred Valley or the Valley of Urubamba. The popular start point for many Huchuy Qosqo treks is Lamay, located approximately 1 hour from Cusco city.

What is the Elevation of Huchuy Qosqo?

Located in the Andes mountain range, Huchuy Qosqo is located at an altitude of 3,650m, an elevation greater than both Machu Picchu (2,430) and Cusco city (3,400m). The citadel overlooks the Sacred Valley and is located directly above the city of Lamay (3,000m).

What was the purpose of Huchuy Qosqo?

Huchuy Qosqo was originally constructed as a royal estate for the Inca Emperor Viracocha in 1420, the eight Inca leader. The Inca empire used royal estates as a way of portraying the wealth of their emperor, which was then passed onto their descendents.

When was Huchuy Qosqo built?

Evidence suggests the site of Huchuy Qosqo was built by settlers as early as the 1000s, but was not taken over as a royal estate to the Inca Viracocha until the 1400s, when it was renovated significantly. Radiocarbon dating suggests that further renovations took place in 1530, just before the Spanish invasion in 1534.

Did Viracocha live in Huchuy Qosqo?

Viracocha, dethroned as emperor by his son in 1438, fled to Huchuy Qosqo to avoid a revolt against his rule in Cusco. There he spent the remainder of his life and eventually died, before being mummified and put to rest. Unfortunately a Spanish Conquistador burned the mummified Inca upon the discovery of Huchuy Qosqo. 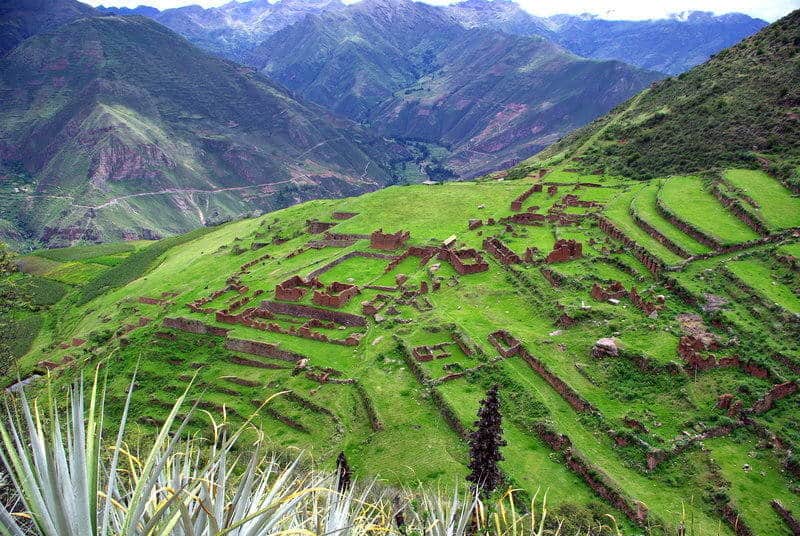 When did the Spanish take over Huchuy Qosqo?

The Spanish conquistador Gonzalo Pizarro first arrived at the royal Inca estate in 1534. Upon his arrival he completely looted the resting place of Viracocha taking anything of value before adding further insult and burning the mummy of the former Inca emperor. The site was then used as a farm by the spanish invaders.

What will I see at Huchuy Qosqo?

The ancient royal estate is home to a number of stone buildings as well as many agricultural terraces surrounding the site, used by the Incas to grow crops while living there. The citadel is also home to a Kallanka (great hall) and an impressive irrigation system, showing off the Incas’ hydro engineering abilities.

Where Do Huchuy Qosqo Tours Begin?

The starting point for the majority of Huchuy Qosqo tours is of course Cusco! For potential visitors looking to reach the ancient estate from other locations, we recommend taking the Peru Hop bus to Cusco, which travels to the famous city from all the major cities in Southern Peru.

What is the best way to get to Cusco before Huchuy Qosqo?

Flights to Cusco are infrequent and expensive, meaning it is often more worthwhile to take a bus to the city from your start point. Buses from Lima to Cusco are very frequent. We recommend taking Peru Hop to Cusco, as it stops in many of the popular destinations in Southern Peru and is the safest service out there.

Where should I book my Huchuy Qosqo tour?

We recommend making use of comparison websites online and researching the best possible tours to find the best price. There are many tour agents offering their services throughout the Cusco. Prices are often cheaper when booked through tour agents directly, so a browse through Cusco’s Old Town may prove fruitful.

What is involved in a 1-day Huchuy Qosqo trek?

One day tours involve a 7 hour hike over 12 km. The highest altitude reached is 4,150m, several hundred metres above the ancient royal estate at 3,650m. The majority of treks include a journey along a section of the original Inca Trail and costs approximately $70-$90.

Can you do a 2-day Huchuy Qosqo Trek?

Although less common, 2-day treks are available from a selection of tour operators and include a night spent camping at Pucamamarca. The tour includes approximately 12 hours of trekking over 2 days and costs approx. $200 per person. Adventurers must bring their own sleeping bag for the majority of tour providers.

Can I do the trek without a guide?

Doing the trek without a guide is definitely a possibility, but we recommend that only experienced hikers take on the challenge. The best starting point for a solo trek is Lake Piuray before taking the original Inca Trail to Huchuy Qosqo. Once you have prepared sufficiently, the trek shouldn’t be too difficult.

What should I bring to Huchuy Qosqo?

When is the best time to visit Huchuy Qosqo?

In the cusco region there are 2 main weather seasons. The dry season tends to run from May to September followed by a rainy season from October to April. It is possible to visit Huchuy Qosqo year round but we recommend to avoid January and February as these are the wettest months.

How is the temperature in Huchuy Qosqo?

Huchuy Qosqo has two main seasons; a dry season and a wet season. Temperatures throughout the year are relatively consistent reaching approximately 25℃ (77℉) although they can fall drastically at night, as low as 0℃ (32℉) so be prepared. The rain is at its worst during January and February.

How will I deal with the altitude in Huchuy Qosqo?

Altitude sickness can be a problem for many taking on the Huchuy Qosqo trek which reaches heights of 4,000m. We recommend spending a few nights in Cusco with minimal activity to allow your body to adapt before beginning the trek. Altitude pills and coca leaves are a great way to subdue the symptoms of altitude sickness.

So What Are You Waiting For?

With incredible ancient buildings dating back to the time of the impressive Inca empire just a day trip away, what are you waiting for! Without the frustrating Machu Picchu queues, Huchuy Qosqo is the perfect place to immerse yourself in the ways of the Inca empire in the heart of the Andes mountain range.