Huanchaco – Get to Know the Beauty of Northern Peru

If you´re going to the northern part of Peru, congratulations! This is the most beautiful (and unknown) parts of the country. A popular vacation beach town in the city of Trujillo. A place with rich landscapes of culture and ruins before the Incas.So, for your best experience, find a hotel in Trujillo and be easy on a beach place! Here you can find 5 places to meet in Huanchaco that you can´t miss!

The Cabalitos de Totora are boats made of reed, reminiscent of kayaks – a tradition of more than 3,000 years and are in daily use by the fishermen of Huanchaco. The technique is the same used by the Uros to build their floating reed islands. At the foot of the village, the visitor can know the ecological reserve from which these fishermen bring the rushes, the totorales. 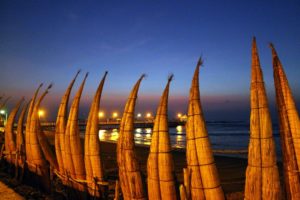 In the ancient times, this used to be the biggest city in Americas. Chimu´s people capital, the place was invaded and left behind by the incas in the 15th century. After was conquered by the Spanish, who explored adobe and then abandoned it. UNESCO´s recognized its importance as World Patrimony, in 1986 and made some efforts to preserve the local. Today, the visitors can walk through the streets and rooms of the only one small city, Tschudi.

An arid desert near the sea, we can find geometric drawings, fishes and sea birds as well in adobe walls – gave us the impressions of how great this city was someday. Some parts of the ruins are protected against erosion. 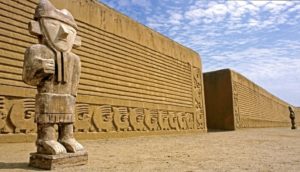 The moon temple can show you the ancient ruins before Cahn Chan ruins – it was made with art, patience and ability. A good guide can tell you about warrior tales, weird constructions, the peculiar life of Moche people and evidences of human sacrifices. As a detachment, the mosaics are the most important part of this archeological site: its colors are vivid, though immemorial centuries. More than that, there is a large wall with sculptures and colorful paintings. Take this tour preferably early in the morning or early in the afternoon – do not forget your camera! 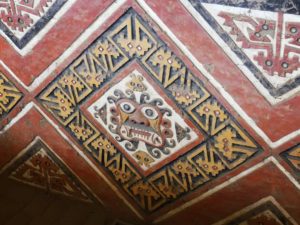 This part of Peru is crazy about surf – and surfers all long the world come to prove it. The best swell is on the right side of the pier. In the morning or at night you can see several people taking classes with the experienced surfers. Be careful about some sharp stones on the seabed and the coldest water as well – use a diving suit! 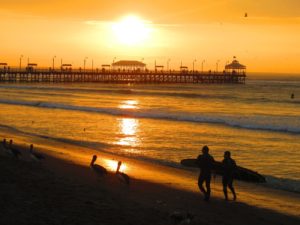 The Huanchaco pier is a very lovely place, where its residents usually fish or walk during the day. Totally wood made, the pier was built to be the principal port of Trujillo, before being used to export sugar. The setting ensures passionate photos, much sought after by couples wishing to record the timing of this magical journey when the sun falls just behind and casts its golden rays through the wooden structure. Take the time to organize your picnic basket and choose a privileged place to watch the last waves of surfers before nightfall. It’s such a spectacle! 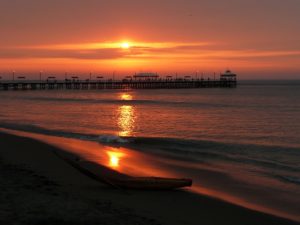 The Hurb values what is more important: You. Check out our hotels in Lima and live more stories.