Chiclayo Peru: An Archaeological Wonderland! | How to Peru

Located in the north of the country, the city of Chiclayo, Peru, is often referred to as the ‘Heroic City’ of Peru as a way of recognizing the important contribution of the city’s people during the 15-year war for independence from the Spanish, concluding in 1821. The capital city of the Lambayeque region, the beautiful city of Chiclayo Peru is located just 13km from the Peruvian coastline and the Pacific Ocean, and is the 4th most populous city in all of Peru, second only to Lima, Arequipa, and Trujillo. Some even refer to the capital of the region as the ‘City of Friendship’ referring to the hospitable and kind nature of the city’s people. 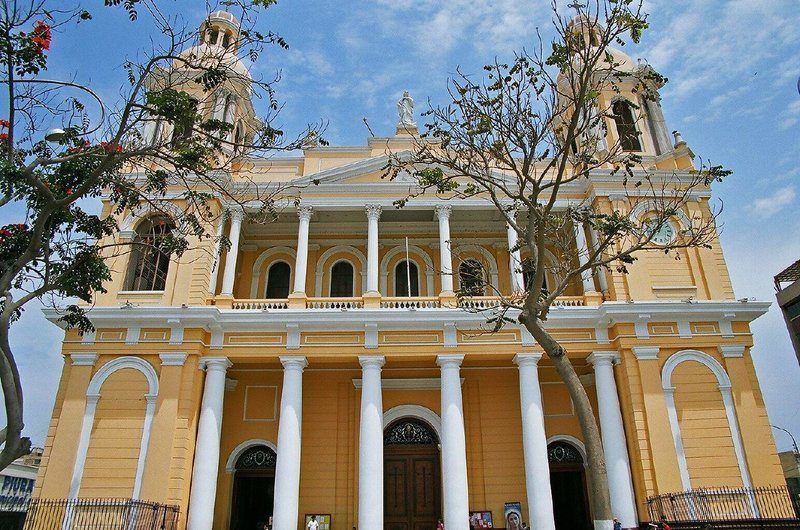 The History of Chiclayo, Peru

The area of Lambayeque and much of the northern Peruvian coastline was originally occupied by the Moche civilization from the 1st to 7th century A.D., including the area that is now the city of Chiclayo, Peru. Similar to the Inca Empire, the Moche civilization was heavily focused on the development of hydraulic engineering and the creation of irrigation systems to aid their agriculture along the predominantly dry Peruvian coastline. The Mohican civilization eventually came to an end as a result of a natural phenomenon known locally as ‘El Niño’, a period of extremely hot weather and dry conditions caused by an influx of warm water along the South American coastline originating from the Pacific Ocean along the equator.

The Sican or Lambayeque culture occupied the city of Chiclayo, Peru, for much of the following 700 years until the 16th century A.D., when the city was inhabited by two ethnic groups; the Cinto and the Collique. During the colonial period in Peru, when much of the countries major cities were inhabited by Spanish colonists, the city of Chiclayo remained mostly unaffected by the Spanish invaders and was populated mostly by locals, indigenous to the area.

During the war for Independence, Chiclayo Peru came to the forefront as an avid supporter of general José de San Martin’s liberating army, providing his forces with men, equipment, and resources to help the cause and to overcome the Spanish hold on Peru. After the war for independence was won in 1821 the city of Chiclayo, Peru, remained a small village until the 15th of April, 1835 when Felipe Santiago Salaverry, the president at the time declared the village the ‘Heroic City’, due to the efforts of its people during the war.

Today, Chiclayo Peru is one of the country’s most important cities and is both the financial and commercial capital of northern Peru. The city of friendship’s geographic location in Peru makes it an ideal rail, communications and automotive hub for the rest of Peru and signifies the importance of the city for the country as a whole.

Things to do in Chiclayo, Peru

This pre-hispanic valley of pyramids is the perfect place to spend a day just outside of Chiclayo, Peru. Dating back to the 1100s, the site has remained of religious importance to Shamans from the Sicán culture to this day and is the most recent of 3 ‘pyramid cities’ in the Lambayeque region with an incredible 250 pyramids total. 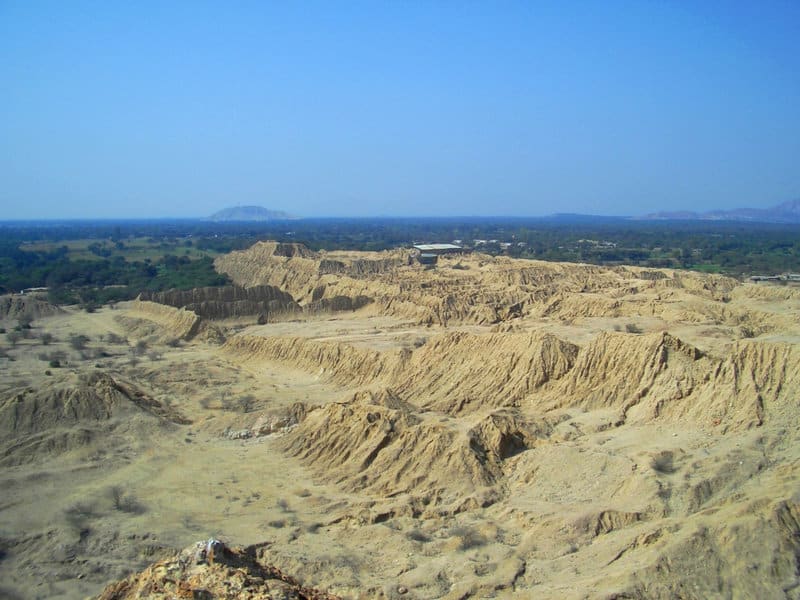 This tour away from the hustle and bustle of the busy Chiclayo city is an amazing way to fully immerse yourself in the ways and religions of the old Sicán Empire. A tour of the archaeological site will allow you to explore like a Sicán before an admission ticket to the national museum makes for some more interesting discoveries. The Sicán Empire truly is incredible, don’t miss out!

This extensive tour often comes at a price, but is guaranteed to show you the best of all things archaeology in all of northern Peru! From pre-Inca cultures like the Moche and Sicán to ancient wonders like pyramids and tombs, you’re guaranteed to come out of this 3-day tour with all sorts of wild and wonderful experiences about the history of Northern Peru, Perfect for those looking to see it all in Chiclayo, Peru.

This fascinating archaeology museum is a history-fanatics greatest dream and is just as interesting for those who aren’t as passionate. For a small fee you can explore all of what the exciting Brüning Museum has to offer, just outside of Chiclayo in the Lambayeque region!

The Pómac Forest Sanctuary is located just outside of Chiclayo and was given its title as a sanctuary in 2001. The thriving forest is home to many species of bird and other animals making it the perfect place to spend a day away from the city, especially for animal lovers and hikers alike!

This short tour is a great way to learn all there is to know about the famous Heroic city through the eyes and experiences of local, professional guides. Who better to give a tour of this wonderful city! Make sure to look out for tours that include a visit to the Mercado de Brujos or Witch Market, a surreal marketplace containing all sorts of strange items from hallucinogenic potions to sharks’ teeth!

Places to Eat in Chiclayo, Peru

In the north of Peru, Chiclayo is renowned as one of the best places to indulge yourself in the country’s finest cuisine, meaning there are a few restaurants that are a must-visit while in the famous city. What to eat? The city is famous for a dish called ‘Arroz con Pato’, an exquisite duck and rice dish that can’t be missed while in the heroic city. If duck isn’t quite your style don’t worry! The city’s location, just a few kilometers from the Peruvian coastline and the Pacific Ocean means their version of Peru’s national dish Ceviche, a raw fish marinated in lime juices (better than it sounds!), is equally as incredible. 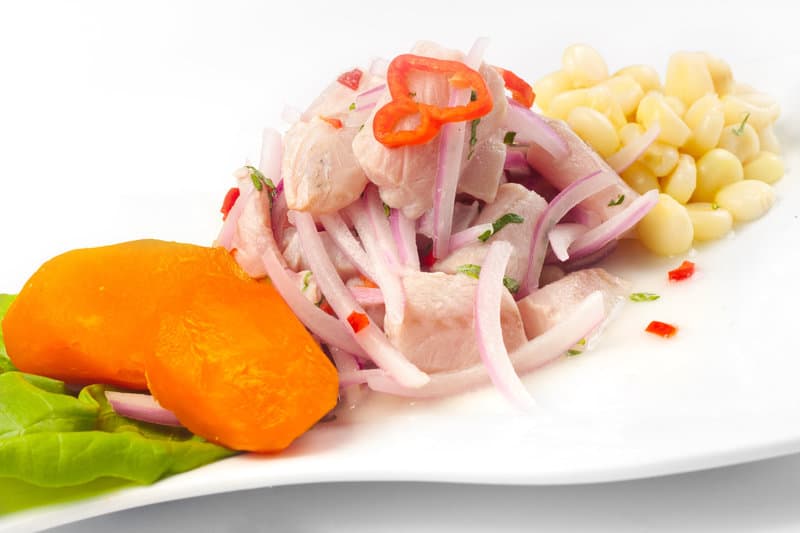 Doesn’t Ceviche sound appealing? This may just be the perfect spot to try the beautiful seafood dish, famous to Peru! Located just a few kilometers from the Pacific Ocean, you’re guaranteed some of the freshest fish in all of South America all in a traditional old-school Peruvian setting.

This popular restaurant in the heart of Chiclayo fuses both traditional Peruvian seafood cuisine with that from the Andes mountain range, creating an extensive menu that caters for all tastes and preferences. Aptly named Sea & Sky, this restaurant is a perfect place to get a taste of what real Peruvian cuisine is all about!

This strictly vegan joint is the perfect place to try Peruvian cuisine with a more earth-friendly twist! The restaurant is famous for its vegan version of the famous Peruvian dish Ceviche, a great way for everyone to try one of South America’s most popular meals. You won’t regret it! 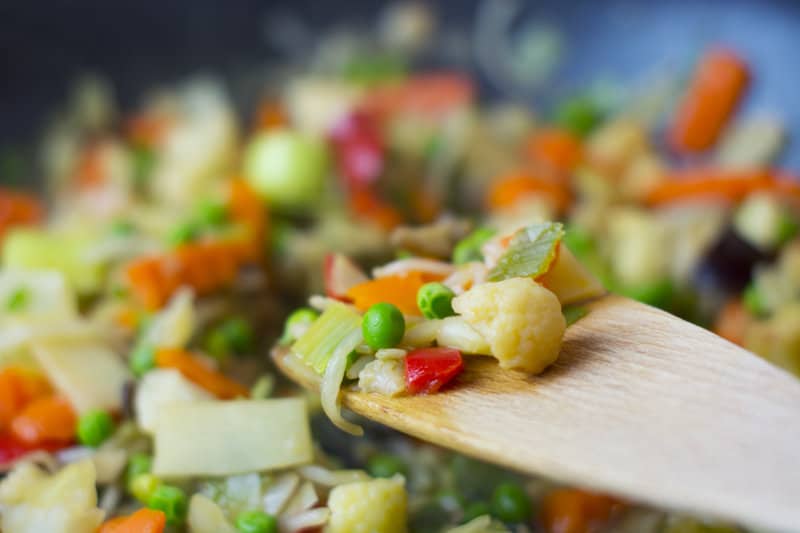 This popular Peruvian-style restaurant is a perfect place to get a taste for the area’s most famous cuisine. Renowned for its fast-paced service and quality ingredients, there’s no better place to indulge yourself in the finest Peruvian cuisine from both land and sea than this cosy restaurant in the heart of Chiclayo!

Where to Stay in Chiclayo, Peru

This modern, clean hotel is the perfect place to spend a few nights in the heart of Chiclayo while exploring all that the magical city has to offer. Located just a few minutes from the city’s main square, there’s no better place to stay if you want to see it all.

This well-equipped hotel ensures that their guests will spend a few luxurious nights in the North of Peru. With a range of facilities from an extensive gym to an in-house restaurant, this hotel is equipped with everything to ensure you have the best time while exploring the beautiful city of Chiclayo. 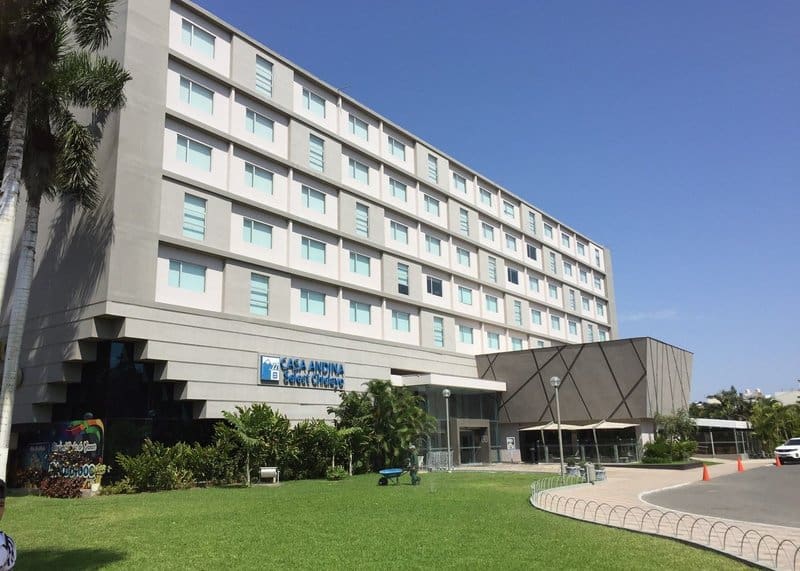 This more affordable hotel option is a fantastic place to spend a few nights while enjoying Chiclayo to the fullest. With free wifi and an extensive breakfast buffet, this hotel is equipped with all the essentials you’ll need for your time in the Heroic city in the north of Peru.

This upmarket lodging is the perfect place to enjoy a night or two in luxury after a long day exploring the beautiful city of Chiclayo. This well equipped B&B and their friendly owners will make sure you have a fantastic time during your stay.

This trendy hostel is one of the most popular in the region and definitely worth checking out before visiting the city of Chiclayo, Peru. This romantic little hostel equipped with all the amenities you could dream of in the heart of the city is the perfect place to relax after an action-packed, exploring-filled day!

So What are you Waiting for?

With the ancient worlds of years ago waiting just a few hours from the capital, there’s no better reason to visit the Heroic City of Peru’s War for Independence. From places to eat to unmissable tours, there really is no reason not to visit Chiclayo, Peru!