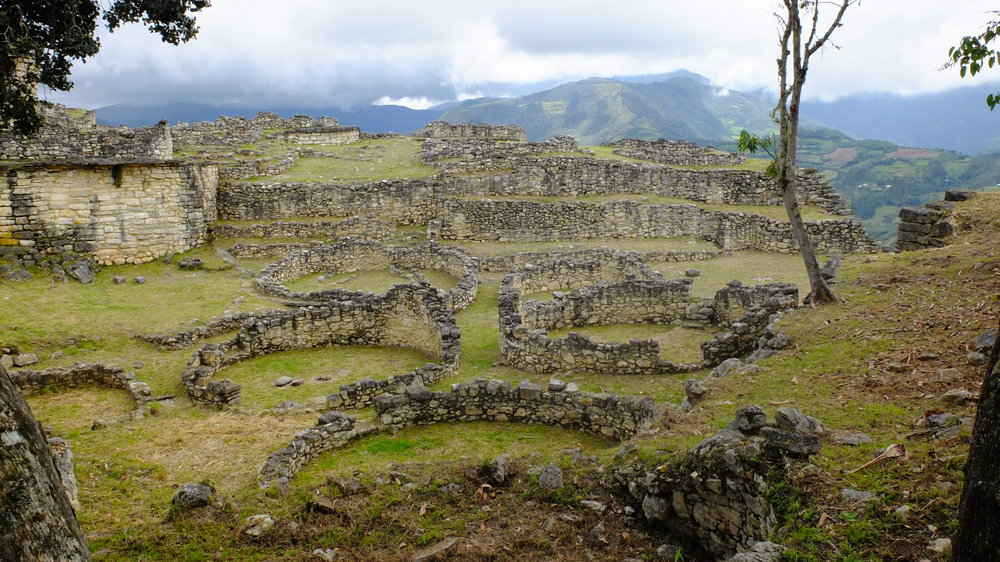 After several years of planning, the brand new cable car bringing visitors to the summit of the Kuélap archaeological site in northern Peru finally opened early last year. This $21.7 million project is the first cable car system in the country and, in conjunction with increased air travel options to the closest airport in Jaen, is expected to bring an influx of new tourists to the region. If you’ve been waiting for your chance to see these magical ancient ruins set above the clouds, now is the time to go!

More About the Cable Car 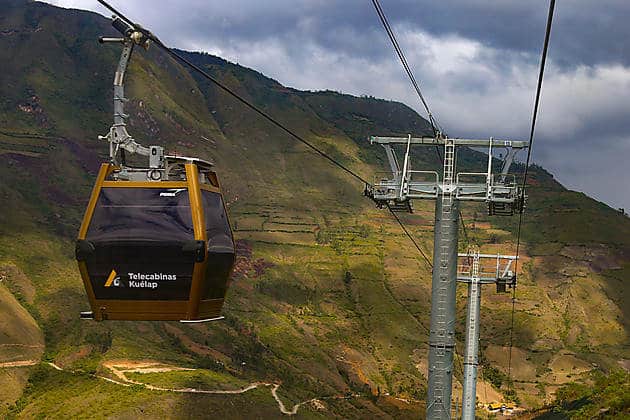 The mountain citadel of Kuélap lies at an altitude of 3000m, situated above the town of Nuevo Tingo. Prior to the construction of the cable car line, your choices were limited to a one-and-a-half-hour car ride up winding mountain roads, or an intense 4-hour hike uphill on steep and poorly-maintained paths. You can see why an alternative was badly needed! With the new cable car system in place, travel time to the top is cut to a mere twenty minutes, during which time you can relax and take in the beautiful scenery all around you.

This new state-of-the-art system uses an 8200m long cable to run cars at an average of 6m per second. There are 26 cabins which can hold up to 8 passengers each, meaning that it can accommodate up to 1,000 visitors per hour. The cable line also runs on solar power and is equipped with safety features which automatically shut it down if the winds are too strong.

This new system was launched in January 2017 with a dedication ceremony by then-President Pedro Pablo Kuczynski, who outlined the Peruvian government’s plans for the area, promising to “create a new tourist center in the entire northern area, including Kuélap.” The cars welcomed more than 5,000 foreign and domestic guests in its first month alone, and tourist travel to Kuélap is expected to increase by double or more, due to the newfound ease of transportation.

How to Get There 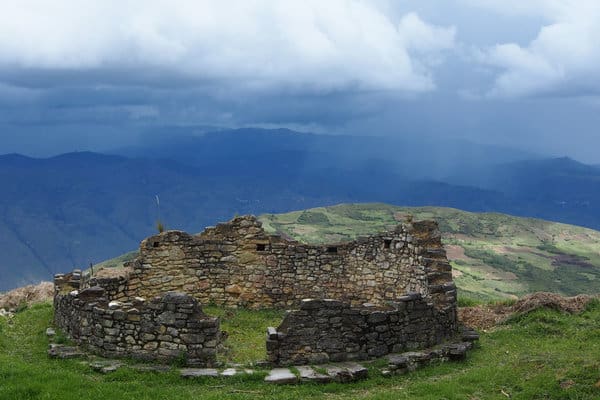 All travelers visiting Kuélap must go through the nearby city of Chachapoyas, where buses will take you to the cable car station in the town of Nuevo Tingo. Chachapoyas is a small city without a major airport of its own, so your two main options for arriving there from Lima are flying to a nearby airport and taking a short-distance bus, or taking a long-distance bus all the way from Lima.

It’s also possible to take a bus all the way from Lima. There are several bus companies running this route, the most well-known being CIVA. It is generally considered a safe route to travel by bus, however it will involve 24+ hours of winding mountain roads, so this option is only recommended if you’re extremely hard-up for cash and immune to motion sickness.

What Exactly is Kuélap?

If you’ve never heard of Kuélap before, you may be wondering what all of this fuss is about.

Kuélap was a walled settlement built by the people of the Chachapoyas culture in the 6th century AD. It is situated high atop a ridge overlooking the Utcubamba Valley below. The site is home to over 550 stone structures in total and may have had a population of over 300,000 people during its heyday. Now it is considered one of the most important ruins in all of the Americas, the home to many culturally significant artifacts. The walls are lined with many interesting geometric and linear designs, as well as its famous “zig zag” friezes which are highly representative of the site. 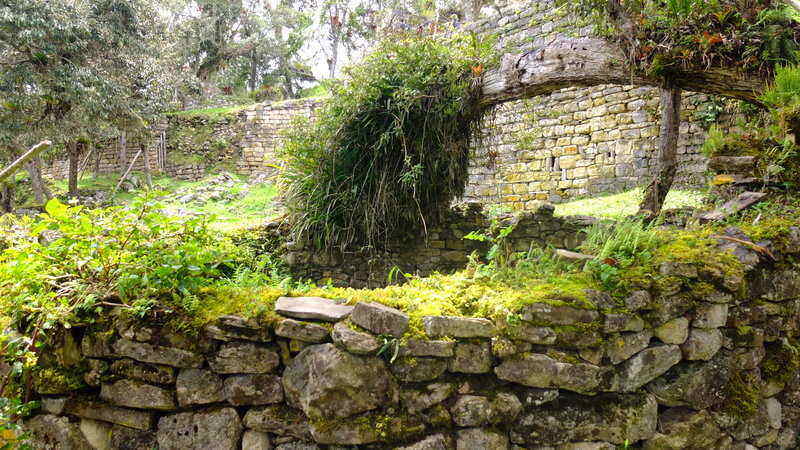 The region is a part of what is called the ceja de la selva (eyebrow of the jungle), the area where the Amazon rainforest meets the Andes mountains. This unique cloud forest ecosystem is full of interesting and unique wildlife, gorgeous waterfalls and stunning mountain vistas. The overall quality of Kuélap and its environs is almost dreamlike. You are certain to take some absolutely stunning and surreal photos here.

What makes this place so special and unique for visitors is that, unlike the more famous Machu Picchu, the city of Kuélap has not been totally excavated yet–it really appears as if you are just stumbling across some as-yet-undiscovered ruins in the woods. It will also receive significantly fewer visitors than Machu Picchu even after the recent upgrades, owing to its more remote location.

All these factors make Kuélap the perfect blend of touristy and off-the-beaten-path; it has the top-notch facilities you would expect from a major tourist site, without being completely overrun by tourists. If you’re planning a visit to Peru, you should definitely consider making a stop in this magical and enigmatic site! We recommend checking out the tour and activity comparison website findlocaltrips.com to compare prices on tours to Kuélap and other attractions in Chachapoyas.