Slavery, Pirates and Secret Tunnels at the Hacienda San Jose | How to Peru

Slavery, Pirates and Secret Tunnels at the Hacienda San Jose 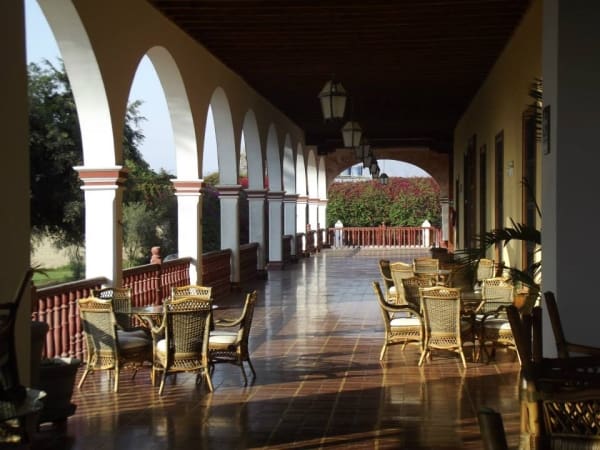 Chincha, located 200 km south of Lima, is the home of Afro-Peruvian Culture. This dates back to the 17th century, when rich landowners imported slaves from Africa to help pick cotton and cultivate sugar on their lands. The people of Chincha still celebrate their African heritage, most evidently in the various festivals held throughout the year.

The Hacienda San Jose, located in the small town of El Carmen about 20 minutes from Chincha, stands as a testament to slavery and plantation life in colonial Peru. It’s a difficult place to find, even for local Peruvians, but the hacienda is definitely one of my favourite hidden gems in Southern Peru, combining stunning beauty with incredible history and architecture.

The Tunnels of Hacienda San Jose in Chincha 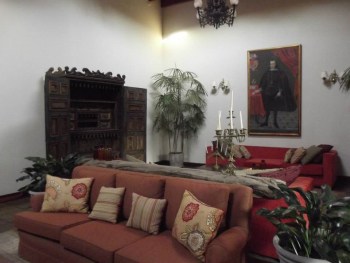 The Hacienda San Jose is a huge house on a country estate that has transformed over the years from a colonial mansion to a luxury hotel. But the owners of the hacienda have always been careful to honour its history, and many artefacts, paintings, and corridors have been kept in their original form. Visitors, therefore, can see stunning architecture that dates back almost 300 years.

For me, the thing that makes Hacienda San Jose so special is not in the hacienda… it’s underneath the hacienda. After entering a secret hidden staircase, you’ll find yourself descending in to an underground system of tunnels stretching almost 35 kms, connecting the Hacienda San Jose with five other haciendas — and the old port of Chincha.

But why would the owners of these haciendas need an underground system of tunnels? Let me explain…

The tunnels had three main uses:

The Trafficking of African slaves — In the late 17th century, the owners of the haciendas in Chincha had vast quantities of land on which they grew cotton and sugar. They needed slaves to help work the land, pick the cotton and produce the sugar — and with the indigenous Peruvians being small in size and stature, they decided that they could import stronger and bigger slaves from Africa who would be able to pick a lot more cotton than a typical Peruvian.

Slavery was legal at that time in Peru, and so to avoid paying taxes to the government, the hacienda created an underground tunnel linking the house to the port. Slaves would arrive late at night and be smuggled into the hacienda via the underground tunnel, meaning that the government would have no registration of the slaves in its system and the tax could be avoided. 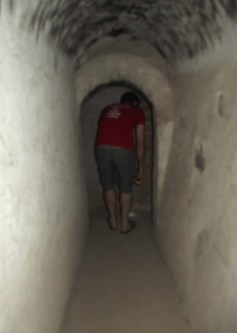 Hiding from Pirates — The haciendas were owned by wealthy people, which made them tempting targets for thieves and pirates sailing the Pacific Ocean. The tunnels were therefore expanded to create a number of secret escape routes throughout the house, linking the owner’s bedroom, the local church, and various other rooms with the tunnel system beneath.

When the alarm was raised, the owners could escape through hidden trapdoors into the underground tunnels, avoiding pirates and any other potential threats.

Some of these escape tunnels were extremely clever; in the church, for example, the tabernacle — a box-like vessel normally used for storing bread and wine for the consecrated Eucharist — opened up to be used as a secret entrance to the tunnels. Pretty smart in my opinion!

Catacombs — Later, as the trafficking of slaves declined following the abolition of slavery in the 18th century, the underground tunnels where used as burial places for some of the workers who died on the land — or died from the punishments dealt out by their owners.

And while guests staying at the modern Hacienda San Jose typically sleep soundly in their luxurious rooms, it must still be a little spooky at night knowing that people were buried beneath the hacienda…

To this day, the full extent of the tunnels is unknown. In 2007, following an earthquake that caused extensive damage throughout the Pisco region, a new entrance to the underground tunnels was discovered at the Hacienda San Jose. Many believe that future earthquakes will reveal more rooms and tunnels currently hidden below ground.

Rich in history and impressive colonial architecture (and housing a luxury hotel and bar), the Hacienda San Jose (www.casahaciendasanjose.com) in Chincha is well worth a visit for anybody in this part of Peru.

Located less than three hours south of Lima, you can reach the hacienda by private tour, by renting a car, or by hopping on a Peru Hop bus. However you choose to get there, I can honestly say that it will be one of the highlights of your trip to Peru.

2 comments for “Slavery, Pirates and Secret Tunnels at the Hacienda San Jose”